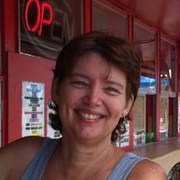 Jody Smith reflects on the growth of the Phoenix Rising forums, from a handful of members in 2009 to several thousand today…

There may have been other forums for people with ME/CFS back in 2009, but if there were, I didn’t know about them. Phoenix Rising’s forums, as far as I knew at that time, were unique. So when I stumbled upon this place I began to seriously hang around.

Forum posts from all sources were infrequent back then, maybe half a dozen in a day. As more members began to slowly find their way in, there were the occasional riotous days of (I’d estimate) perhaps two dozen posts by half a dozen people. This was plenty of fun, made that much sweeter by the sheer novelty of being able to talk to other people.

Typically, the day after one of these mad free-for-alls (by ME/CFS standards), the forums resembled the empty streets of a western ghost town. The only thing missing was the tumbleweed blowing down the main drag. Here, nothing was moving.

Eventually it occurred to me that with just a handful of regular posters, and with all of us at low ebb on the best of days, what I was seeing was the forums’ version of post-exertional malaise. Everyone was sapped and would not be appearing for another 24 to 48 hours.


This probably hasn’t been a common paradigm for a long time. By the time we had several hundred regular posters, even when whole clusters would drop out for a day or a week at a time from exhaustion, the intriguing scenario of ME/CFS naptime became history.

After a month or so, I asked Cort if we could have a forum that was just for small talk and social chitchat. He didn’t think such a forum would get any traffic but I kept asking. I couldn’t speak for anyone else, but I knew in the depths of my soul that I needed a community.

I needed a place where I could go after a bad day. Or after a good day. I needed some place to compare notes with my friends about what to do with family weirdness and loneliness. A place where I could vent and blow off steam, and share my fears. Where I knew I could find support, encouragement, sympathy and advice. I needed a place to tell stories and laugh at stupid jokes.

That place eventually took shape as the Community Lounge. It may have started as an empty hall with just me hanging around talking to myself, but it didn’t stay empty for long. People began to pour in.

We held birthday parties there and hosted joke threads. We wept. We yelled. We laid flat on the burnout bench. For those of us looking for that type of community, it nurtured a sense of belonging and eased the terror of having been for so long outside the camp.

So many of us feel disenfranchised, abandoned, ditched, by our “real” worlds. Our virtual community began to fill in the empty spots, and started the process of nourishing the long-starved need for human contact.

In many ways this is a vital part of what Phoenix Rising has been doing for the ME/CFS community. I look at how the place has grown from that early foundation and I am astonished.

Now, if a chronic can find their way to Phoenix Rising, they have found tools for survival of many types on many levels. For the newly ill who has no idea what is going on with them, or what they can do about it, this door opens onto medical information, scientific research, recommendations concerning these doctors, those protocols, this lifestyle change and that method of self-help.

When Phoenix Rising was still small, I always managed to greet the newbies. I remembered what it was like to feel faceless and invisible, to need help and responses and not get them. I was determined to prevent this happening to as many people as possible.

And of course, I did this because it was a thrill that never got old to meet someone new, to share and to communicate. Eventually there were so many newcomers every day, that I could no longer do this. And around that time I was finding my part-time freelancing work was all I could handle.


Phoenix Rising had moved beyond its early grassroots days of being a small town and it was becoming the booming metropolis we see today. We house individuals from every walk of life.

While it’s unfortunate for them, we are fortunate to have people who in their pre-ME/CFS existence were movers and shakers, versed in politics, media, public relations, and the law. We are home to people who, even with fragile brains, can still run rings around the average normal person in their understanding and ability to communicate and make changes from their beds and couches at the touch of a computer keyboard.

Mothers, fathers, nurturers of every stripe look out for their fellow ill comrades on these boards. And the bottom line, and to me the reason for this place to exist and to thrive: we are a refuge for the devastated, the silenced, the frail and vulnerable chronically ill with ME/CFS.