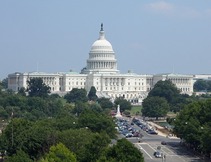 A year ago, on Nov. 15, 2011, the Achieving a Better Life Experience Act (ABLE Act – HR 3423/S 1872) was introduced in Congress. On the one-year anniversary of the introduction of the bill, a press conference was held to build on the continuing support to make changes to the U.S. tax code. Since its introduction last year in the 112th Congress, the bill has gained support from 234 House Members and 40 Senate Members.

If passed, the ABLE Act would amend Section 529 of the Internal Revenue Service Code of 1986, so that tax-free savings accounts would be available for disabled individuals. This bipartisan bill would provide for tax-advantaged savings accounts for people with disabilities, for expenses including education, housing and transportation. The act would allow money to be saved without the risk of losing government benefits.

People with disabilities would be able to create special savings accounts that could accumulate up to $100,000 and still be able to keep their Medicaid and/or Social Security benefits. Currently, people with disabilites aren’t allowed to have more than $2,000 without giving up many of their government benefits. Passage of the ABLE Act would remove this limitation. The ABLE accounts would be modeled on 529 college savings plans. All interest on these savings would be tax-free.

The press conference was held at the East Front House Triangle on the grounds of the U.S. Capitol. The effort to see the ABLE Act passed has been supported by a coalition of three dozen organizations. The list of expected speakers included Congressman Ander Crenshaw (R-FL), Senator Robert Casey (D-PA), Rep. Cathy McMorris Rodgers (R-WA), Congressman Pete Sessions (R-TX) and Congressman Christ Van Hollen (D-MD). They were joined by House and Senate bill co-sponsors and representatives from The Arc, Autism Speaks and the National Down Syndrome Society.

Congressman Crenshaw said that while Americans saving for college and retirement received advantages to the tax code as it stands now, advantages do not extend to those with disabilities. The ABLE Act would reduce financial burdens for this segment of American society. He referred to Jenny Cunningham of Worthington, OH, a self-advocate with the National Down Syndrome Society who told her story. Cunningham described some of the difficulties she faced as she struggled to be financially independent. She asked that Congress would make it possible for her family to invest in her future, as they were able to do for siblings going to college.


Representative Chris Van Hollen has been one of the lead co-sponsors of the bill. Joyce Lipman, former member of The Arc’s Board of Directors, and her daughter Elise are among Hollen’s constituents. Lipman attended the press conference with her daugher, who would benefit from the ABLE Act. Lipman told hearers that Elise would have more security in her life with the passage of the bill. Hollen spoke highly of Lipman and her daughter as being strong advocates for the ABLE Act. He expressed the hope that Congress will pass the bill before adjournment.

Peter V. Berns, CEO of The Arc, talked about the improved quality of life that could come from passing the ABLE Act. He cited financial challenges like being able to rent an apartment, being able to get to work, or being able to afford to pursue secondary education without losing benefits. He called the bill a tool to help families become more fulfilled and more independent.

Peter Bell, Executive Vice President of Programs and Services for Autism Speaks, said that as autism continues to increase, the ABLE Act will help to address the public health crisis in a financially responsible way.

The National Down Syndrome Society flew in 20 self-advocates and parents of people with disabilities to lobby lawmakers in Washington, D.C. for the bill. Sara Weir, Vice President of Advocacy & Affiliate Relations for the National Down Syndrome Society said that the bill is continuing to gain in momentum. Weir said that it would be hard to find another piece of legislation that has as much bipartisan support as the ABLE Act.

ABLE Act to be Unveiled and Introduced
https://insider.thearc.org/2011/11/14/able-act-to-be-unveiled-and-introduced