“Other patients suffer a severe, long lasting illness, for which treatment is ineffectual, and even after the parasite has ﬁnally been eliminated, some sequelae persist, affecting quality of life and continuing to cause the patient discomfort or pain” (LJ Robertson et al, 2010) 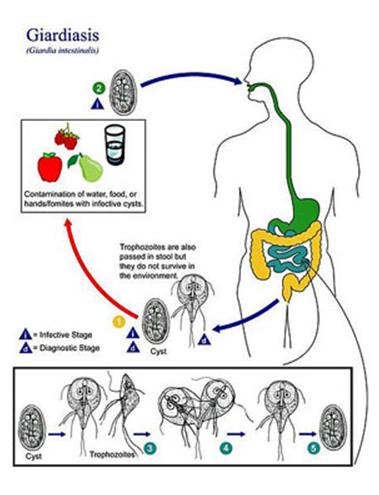 Giardia is an interesting bug. Perhaps the most common intestinal parasite in developing areas, it’s not generally considered much of a threat in the developing world, but with a lowball figure of 20,000 cases the US in 2010 some researchers think of Giardia as a ‘re-emerging’ infectious disease.

Giardia, though, is not normally considered a serious infection. Most people pass the bug quickly – and if they don’t, effective antibiotic treatment is available; ie it’s an ‘uncomplicated infection’ that the medical system believes it has largely taken care of and thus spends its energy on the big bugs like HIV.

An ongoing series of Norwegian ME/CFS studies suggest that the medical community should think again. They indicate that a Giardia infection, like many other pathogens that largely fly under the medical research system’s radar, can be anything but uncomplicated. Let’s take a look at what the three Norwegian Giardia studies found resulted from one outbreak in Bergen, Norway.

Their data suggests that Giardia infections can pose significant long term health risks. Three years after being exposed to a Giardia infection of their water supplies, almost 50% of those originally infected still had symptoms of irritable bowel syndrome and/or chronic fatigue.


Overall, being exposed to Giardia doubled their chances of experiencing significant fatigue, with five percent suffering from fatigue severe enough for them to lose employment or to be unable to continue their education.

All had taken anti-parasitic drugs and tests indicated that all had cleared the pathogen from their systems….but three years later they were still ill.

Until more complete analyses are done it’s hard to tell why and nobody knows…and unless more studies are done nobody will know. Several answers have been suggested…

Not Depression – The Norwegian studies indicated that depression and anxiety prior to becoming ill did not play a role.

CFS-Like Group – In the Bergen outbreak, questionnaires revealed – similar to ME/CFS – that the patients’ physical functioning and vitality were hit the hardest. Higher rates of questionnaire-assessed anxiety and depression appeared to either be a feature of the illness itself and/or the result of having a chronic, poorly treated illness – not ‘primary’ depression. 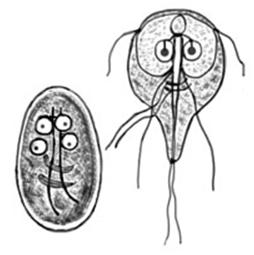 Variable Appearance – While the infection was ‘acute’ (i.e. it happened suddenly), the time to distress varied dramatically. About 30% experienced debilitating fatigue immediately, but the months it took for approximately 60% of those infected to get really whacked with fatigue suggested that very different disease courses could occur in response to the same infection. Some studies do suggest that these allied disorders tend to merge together over time – that is, people with CFS tend to pick up IBS and IBS patients tend to meet the criteria for CFS as they ‘mature into their illness’. ( :) ). Fatigue did not always occur at an early stage in the early myalgic encephalomyelitis outbreaks. It’s possible that it simply took time for that symptom to ‘flourish’.

Anyone who’s gone backpacking and camping in the US and didn’t filter their water could have been exposed to Giardia. I was exposed on a backpacking trip several years before I came down with chronic fatigue syndrome and later tests suggested it was still present. I also have IBS type symptoms – did Giardia contribute to my illness? I wouldn’t be surprised at all, given all my abdominal complaints…
There are lots of options and, as we hear so often with ME/CFS, these authors believe that a number of little things go wrong in post-infectious giardia to create a big, bad thing:

“Thus, there is good reason to believe that predisposition for persistent giardiasis is based not on a single mechanism or deﬁciency, but rather on a combination of several minor deﬁciencies of varying degrees in each individual’s anti-Giardia defences.”

Tests revealed an activated immune system with increased numbers of cytotoxic (i.e. killer) T-cells on the prowl for invaders – a pattern also found in people with infectious mononucleosis, herpesvirus infections such as cytomegalovirus and herpes simplex, dengue fever, etc. That response, however, was more often found in people diagnosed with what the authors called post-giardiasis functional gastrointestinal disorders (people with IBS-like problems after a Giardia infection) than in people later diagnosed with ME/CFS. (Note that the Fukuda criteria was used to diagnose CFS…..).


The Role of Infection (Any Infection?)

Infection is not just a trigger for chronic fatigue syndrome. Infections can also trigger fibromyalgia and irritable bowel syndrome. In fact, a recent meta-analysis indicated that having an acute attack of gastroenteritis – the stomach flu – results in a six-fold increase in one’s risk of coming down with IBS a year later.

With a significant number of IBS patients also meeting the criteria for ME/CFS, it’s clear that other infectious gastrointestinal pathogens trigger ‘ME/CFS’ as well and it’s probably only a matter of time before they’re added to the list. Ultimately people with severe fatigue and bad gut problems probably get diagnosed with ME/CFS or IBS depending on which doctors they see first.

Our medical system is good at hacking away at the big bugs – the HIVs, the Plasmodiums (malaria), the cholera and the West Nile Viruses – that leave obvious amounts of death and destruction in their wake, but it is very poor at examining the effects of bugs whose cost is not so immediate or obvious. 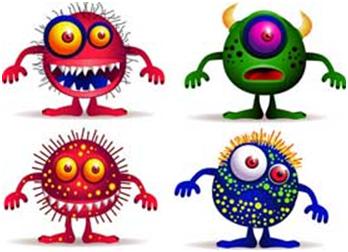 Enteroviruses are often also considered uncomplicated infections that sweep through a community, knock people out for a couple of days and then move on, but Dr Chia’s findings suggest these infections can be life-changers for some. Long term follow-up studies of even common infectious events such as infectious mononucleosis, for instance, are rare outside of the CFS field.

ME/CFS researchers may be underfunded but they have been pioneering follow-up studies examining the insidious and long term effects that infections like Giardia, Epstein-Barr virus, SARS (sudden acute respiratory syndrome), parvovirus and coxsackie virus can have. As these studies get published – there have been two in the last year or so – hopefully the medical community will take a closer look at the mysterious effects that pathogens, some largely thought to be mere nuisances, can have – even after they’ve apparently been cleared from the body.

In the next year or so, major pathogen studies from the Chronic Fatigue Initiative (Lipkin and Hornig), the CFIDS Association of America, the CDC and probably the Whittemore Peterson Institute should be published. A Montoya study also appears to be under way and Dr. Mikovits recently reported that she and Dr. Ruscetti are continuing to look for bugs as well. The CFI study will be the most complete and rigorous and may, if reports are correct, finish up in the next couple of months.