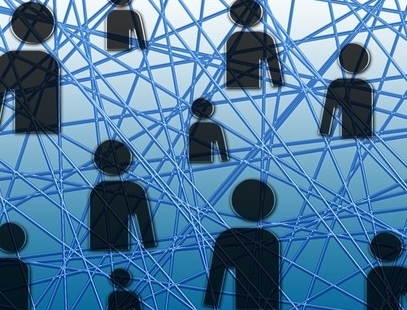 We need more and more ME/CFS patients to integrate into the ePatient (“engaged/empowered patient”) Revolution. Get informed, tell your story, unite with other patients online, and change health care for the better.

Six weeks ago, I attended the Stanford Medicine X Conference, an annual forum that celebrates “emerging technologies in medicine.”

The conference, similar to what you might expect from a TED conference, is particularly notable because it so thoroughly celebrates the patient perspective and because it has a massive social media impact.

I would daresay that it might be the epicenter of a patient-­centered revolution that is beginning to shake modern medicine.

Through four intense days, I attended talks, workshops and other events with doctors, patients, academics, technologists, and people from pharmaceutical companies, all devoted to solving problems in health care with cutting edge techniques and innovative collaboration.


The highlights were always the “Ignite talks,” 5-­minute high-­impact patient stories in the style of TED talks. The Ignite talks were a constant reminder of the purpose of health care: to serve patients.

Perhaps the most moving talks were from doctors or EMTs who became sick or injured themselves, being thrust from the “provider” role into the “patient” role.

Those who can learn to see both sides of the health care interaction often have the greatest insight into how to solve our most pressing health care problems.

I am very grateful to be chosen as one of 35 “ePatient Delegates” to the conference, and to have been the first delegate from the ME/CFS patient population.

As Phoenix Rising readers will know all too well, unfortunately, sending more ME/CFS ePatient Delegates to Medicine X will continue to be a major uphill battle for us. Getting a seat at the table seems nearly impossible when it’s such a struggle for most patients to get out of bed or to have increased stimulation.

Even as someone on the higher ­functioning end of our patient population, I had to spend a great deal of my time in the conference’s “wellness room,” resting and sleeping in silence to muster up some extra energy to go hear another couple hours of inspiring and thought-­provoking discussions.

But these world-­changing conversations are something our patient population absolutely needs to be a part of.

Our patient leaders should make every effort to apply for the ePatient Scholarship program, and all of us can continue to participate from anywhere via Medicine X’s Global Access Program.

The conference is a safe, cosmopolitan forum where informed and passionate patients co­exist seamlessly. I learned immensely from being immersed in a patient group composed of patients with cancer, diabetes, rheumatoid arthritis, fibromyalgia, myasthenia gravis, and other diseases.

My roommate was actually an amputee and a paramedic, “the Prosthetic Medic.” People don’t always think about it, but being an amputee is a truly a form of chronic disease as well.

My key take-away was that the problems our population faces are often exactly the same problems every patient population faces: lack of access to quality care, lack of unity between more/less severe patients, segmentation into various types of patients, etc.


The problems amputees face in uniting different segments of the amputee community (traumatic injury amputees, disease amputees, and congenital amputees) are remarkably similar to the underlying issues of fragmentation we face.

I would argue that much of the solution to a patient population’s problems can be addressed through coalition-­building. Simply put, a community is stronger with the voices of many. And communities need all the allies they can get.

It’s not just an issue of ME and CFS (or ME/CFS). It’s not just the neuroendocrine­immune diseases (ME/CFS, fibromyalgia, Lyme, Gulf War Syndrome and MCS).

It’s about seeing ourselves reflected in communities as diverse as lupus, rheumatoid arthritis, autism, and yes, even amputees. The key message of Medicine X is that patients of every kind everywhere have a common goal and can have a common voice.

We know well that ME/CFS suffers from being considered outside the medical mainstream.

Medicine X is a welcome forum where we can build a conversation toward fixing that.

Increasingly, some of our boldest advocates are working to build a more diverse cosmopolitan dialogue about ME/CFS being part of a larger global problem of chronic disease more generally. HealClick, for instance, is a community of patients with Lyme, fibromyalgia, ME/CFS, and several other diseases.

The film I am directing with Nicole Castillo, Forgotten Plague, will also pivot toward a more universal narrative of the massive problem of chronic disease, which now saps 75% of health care budgets in developed nations.

To become more mainstream, it’s imperative that we latch onto the larger, universal narratives. It’s important that we continue to step up and tell our stories in every forum we can through every medium we can.

The biotech and data-­sharing revolutions (“Health 2.0”) are shifting the culture of health care away from an historic paternalistic doctor­patient relationship. Doctors are no longer the fount of all knowledge they used to be. Patients, particularly chronic patients, are the experts in their own diseases, in their own bodies.

Patients often have decades of expertise as the primary investigator in their own personal n=1 study. We’re moving rapidly into an era of patient empowerment. And the more we learn to embrace these new global trends, the more empowered we’ll be.

Join me. Become an empowered patient. Become an ePatient. Let’s all work toward changing the world together.