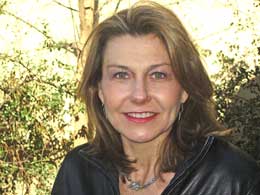 I first met Lisa Faust at the Symposium on Viruses in 2008. She was at a table with a group of women all of whom were battling a similar sounding illness. They were definitely the acute onset infectious disease subset. My mouth dropped as I listened to their stories; some were on complete disability, others had had harrowing but slow recoveries – nobody was close to healthy. Most counted themselves very lucky to be able to get to the conference at all. There were Montoya patients on Valtrex, Chia patients on interferon, other patients on Lyme treatments.

Lisa had really been through the wringer. The managing partner of Contemporary Events Group – an event management firm – she was traveling on business when she became ill.  Within months what doctors first thought was strep throat had hit her gastrointestinal and reproductive systems. Then it attacked her heart, liver, gall bladder and pancreas. Then she had trouble breathing, her adrenals gave out and she developed cognitive problems. She ended up losing her gallbladder. This once very healthy active businesswoman had in a period of months become completely disabled.

After a coworker landed in the hospital with a similar illness and she saw her daughter and many of her daughter’s classmates became ill it seemed clear to her, at least, that some bug was making it’s way through the community.

Hitting up all the experts, however, provided little help. Four weeks at Mayo (one doctor said ‘stress’) and more time at Emory, New York and Boston had left her with nothing but a huge bill. She finally got relief after the HHV6 Foundation hooked her up with Dr. Chia and other doctors. Their cutting edge diagnostic tests finally gave her an answer: coxsackie b4 virus infection. With the proper treatments she slowly got better.

Lisa had gotten help through the HHV-6 Foundation but she didn’t have HHV-6  she had an enterovirus. What she learned about enteroviruses shocked her; 50 million people in the US get enteroviral infections every year. Most pass them off without problem but some come down with difficult to diagnose even life threatening illness. Enteroviral infections have been linked to many difficult to treat diseases such as myocarditis, encephalomyelitis, encephalitis, polio, hand foot and mouth disease, chronic fatigue syndrome (ME/CFS) and others.


But enteroviral infections can be brutally difficult to diagnose. Since they often infect one organ (Lisa’s throat) and then spread havoc as they make their way to other organs (her heart, liver, gallbladder, etc) they can be hard to track down. Not surprisingly as one organ system after another is hit doctor’s are often baffled by the changing array of symptoms they see (hence the stress diagnosis from Mayo). Once they get the idea to start looking for enteroviruses the virus, unfortunately, has very likely moved out of the bloodstream and deep into the patient’s tissues. The only way to find it at that point is to start biopsying the organs. That was how Lisa finally got her answer.

Lisa Faust had the resources and persistence to keeping knocking on doctor’s doors until she finally knocked on the right door – the HHV6 Foundation – and got the right advice. But most people with severe enteroviral infections will not get diagnosed and will not get treated. This, Lisa thought, had to change. But there was no Enteroviral Foundation to provide puzzled patients and physicians accurate information.  There was no central resource for the researchers battling this multi-form illness to come together. Somehow amongst all the Foundations in the medical world they had missed this one. 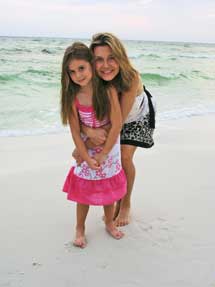 She’s worked fast. Last year at the Symposium on Viruses she mentioned she wanted to start a Foundation. Since then she’s contacted enteroviral researchers across the spectrum, including the Center’s For Disease Control, and has found interest to be high. She’s gathered a stellar board of directors including several Ph.D’s, an M.D. (Dr. John Chia), the President of a Scientific Consulting Company, a marketing director and herself. The Foundation’s website opened up last month and the grand opening celebration is just days away.

The website has spectacular graphics but it’s goals are even more eye-opening; an international conference every year, grants to support early diagnostic techniques and better antiviral treatments, an exchange center for researchers, doctors and patients and, of course, the all important goal of raising public awareness.

The Foundation’s grand opening event is April 4th. No event manager would open her own Foundation without a splash and this event, held at one on of Atlanta’s most exclusive night clubs (Opera), promises to be memorable one with artist Marco Bosco and others performing.  If you’re in town check it out and please support the Foundation.

Check out the Enterovirus Foundation here and get tickets to the event here. “The more you know, the more you’ll want to give”.