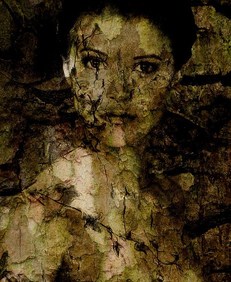 Of all the things ME/CFS is responsible for causing in our brains, this may be one of the biggest. Before I was lambasted by ME/CFS, I was an idealistic and trusting sort, loyal to a fault. I tried to see the best in people, tried to give the benefit of the doubt.
My soft malleable center has been pretty well kicked out of me over these many years of sickness. Along with the illness, there came a new world view, if you will. Because as the sickness settled in for a long stay, the people in my life gradually disappeared out the back door, never to return. And the Canadian government that prides itself on its humane safety net has let me down at every turn.
The fact that I am one among countless chronically ill people in my country, and the fact that there are countless more around the globe equally abandoned by their governments, only entrenches my shift from trust to cynicism.
When you know that your government will do nothing for you, and when you know that many of the people you knew don’t care whether you eat or starve, whether you have a roof over your head or you don’t … These pellets of hard truth left some pretty serious dents in my psyche as I was bombarded with them for years.
Even if I were to regain my health completely one day, with an income big enough and dependable enough to protect me from panic and sleepless nights, I am irrevocably changed. I will never see things the same again. And I don’t want to.
My son Jesse was a lot like me before he became ill at age 16. For the first few years of his illness, basic survival was predominantly his focus … if focus is a word you can use in connection with someone severely ill with ME/CFS. As his health improved somewhat, and his brain started working again somewhat, he also began to take a new and unpleasant look around. He also did not much like what he was seeing.
Way to go, powers that be. You have allowed thousands upon thousands of loyal citizens to see beyond your public relations, you have let it slip that they have no value to you. And they’ll never offer up their unquestioning loyalty again. Not to you.
It’s a common story, unfortunately. Solid citizen gets sick, no longer can carry their own weight, no longer can meet their financial obligations. The assumption for many people – and I was one of them – is that there is some type of intervention in place to keep them from plummeting to destruction.
But the safety net of welfare or disability pensions wasn’t there for me, or my family. And as the past connections in my life disappeared, and I was no longer able to see or talk to or work with old friends and family … well, there’s hardly anybody to even witness the decline that follows.
The loneliness can be excruciating, and I am saying this as a person with family members living with me. I can’t imagine what it’s like for those who must live alone. The realization of being entirely dispensable and not worthy of concern, or taking a look in on, causes a shrinking effect within and there is no one there to counteract it.
So when you don’t have enough money to pay your bills or buy your food, there is also no one there to be horrified for you, to be outraged or to sound an alarm on your behalf. If all you can do is drape yourself over your bed unable to lift a hand, then exactly nothing is going to happen. Period.
And the slow, inexorable, devastating ruinous cascade is set in motion. You cannot protect yourself and nobody is there to notice or to do it for you.
Nobody knows that you have lost so much weight you’ve now developed new medical problems. Nobody knows you can’t sleep and that this insomnia is heightened by an exquisite terror of what tomorrow will bring and how you will be able to survive it.
Neighbors may be passing by your house every day, going about their own business, unaware of or uninterested in the fact that you are losing the battle for survival. You are unable to call out to them and after a while you may begin to believe what everything around you is shoving in your face — that you really don’t have a right to the time, attention and ministrations of other busy normal people anyway. You have no currency with this world.
Our daily touch stones are fury and terror. Time does not make them easier to swallow. This is a slice of life that will change you from the marrow on out.
I have been very lucky. I have had some people clamber over the barriers to come get me. It’s still been unbelievably hard but it seems that the worst of the worst is behind me.
But there are so many who are sick with ME/CFS that are still bound and gagged in this twilight horror of a life. And they are very often without help of any kind from the people around them who could make a difference if they gave it any thought.
These fragile ones are often without assistance from the government that pretends to value its citizens and yet kicks its most vulnerable and helpless squarely in the teeth every day with no hope for anything better in the future.
Good work, governments of nations, if your goal was to create people who distrust you. They are multiplying daily, perhaps one day you will even actually see them.
Share this!