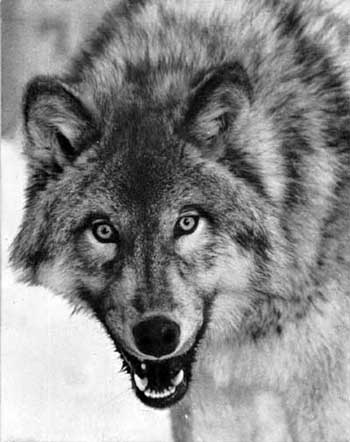 “..We believe that our findings add further evidence to the case for CFS being a disorder of sympathetic overactivity”

We know that heart rate variability (HRV) isn’t, well, very variable in chronic fatigue syndrome.  The electric signals in our heart should be constantly responding to changes in the body as we work, walk, exercise, etc….but they appear stuck in a pattern of sympathetic nervous system overdrive.

This is not great news…Reduced heart rate variability is associated with earlier mortality – particularly if you have cardiovascular issues. (Interestingly depressed HRV is also associated with an increased risk of depression.).

Dr. Newton’s recent study found that people with ME/CFS tended to have lower HRV and lower than average blood pressure variability (BPV) and both measures suggested the problem lay in an overactive sympathetic nervous system (fight or flight) functioning.

Interestingly, given Dr. Cheney’s (unpublished) diastolic findings, Newton found  greater impairment of  ‘resting’ stroke of the heart (diastole) than the contracting stroke of the heart (systole) and she suggested that ‘an impaired cardiac pump” may be partly responsible for reduced blood flows to the organs and tissues which in turn can cause increased fatigue, dizziness upon standing, etc.

Crying Wolf Too Many Times

Why is this happening? Dr. Cheney believes low energy production inhibits diastolic functioning but Newton’s research suggests, like a boy calling wolf one too many times, the problem may simply be due to the autonomic nervous system turning a deaf ear to the body.  She suggests that a chronically over-active sympathetic nervous system is  simply no longer being heard, e.g; it tells the heart to fill – and it doesn’t…it tells blood pressure to increase – and it doesn’t; it tells the blood vessels to narrow (to force blood to the muscles, etc.) and they don’t. It’s as if the internal wiring of an important body-wide system is burned out.


” Our results suggest that CFS subjects may have been suffering from a pathological sympathetic activity…. that has lead to their autonomic effectors (heart and blood vessels) becoming resistant to …stimulation”

The Heart of the Matter…..

Her other work suggests this kind of systemic  burnout is rampant in the cardiovascular systems of ME/CFS patients. Her 2012 finding of reduced peripheral pulse characteristics suggested, she felt,  ‘reduced cardiac output’  was present and she cited,as she has before, Peckerman’s 2003 finding of significantly lower stroke volume and cardiac output in ME/CFS.

Interlude – Arnold Peckerman had strong run  in the early 2000’s, publishing no less than six papers in 2003 on cardiovascular and autonomic nervous system issues in CFS and GWI. Peckerman’s work was discontinued with the  ‘regime change’ at the NIH’s CFS team and the breakup of the NIH funded CFS research centers. After 2005 he never published again. His story is another example that positive results in ME/CFS can mean little to a) a researchers career or to b) further progress in the field.

Dig Deeper! Check out Simon McGrath’s blog Once is Not Enough for more on the replication issues in ME/CFS

Peckerman didn’t last but his studies sparked some interest. Six year and nine years later  Hurwitz and  Newton  both found significantly reduced cardiac output. Hurwitz, Stewart (2009) and Newton have suggested their findings could be to due to  low blood volume (hypovolemia). Newton is also studying, however, the bioenergetics of muscle cell functioning using technology she developed.

Newton and others have steadily documented increased rates of sympathetic nervous system (SNS) activity in ME/CFS.  Newton proposes that SNS activity is increased all the time but only so much, leaving people with ME/CFS in a strange state of over/under-activation; chronically over-activated they experience little rest which leaves them too debilitated to respond when a major stressor occurs.

Dr. Newton recently reported she had ‘exciting pilot data’ regarding medications to reverse the acid accumulations that occur in the muscle cells of people with ME/CFS as they exercise.  If she can actually do this she may be able to give the system a change to rest and recoup and perhaps even help to turn off the ‘wolf at the door’ that has apparently sent the ANS into a kind of harried state of shock.