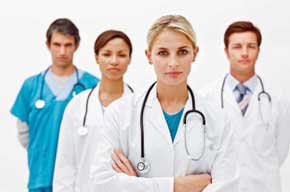 Surprisingly only 28% in the UK reported being told (by their physician?) that their illness was psychological but it was telling that 23% were uncertain whether (their physician?) viewed their illness as psychological or not. To the question “Any mental health diagnosis is a part of your illness?”, on the other hand, 46% and 38% were told that depression and anxiety were ‘major’ problems.

Options But Not Many Really Good Ones for UK Patients – The questionnaire revealed either the relatively paltry number of effective options available to ME/CFS patients in the UK. Unfortunately it did not assess the effects of treatment duration, dose and frequency on effectiveness.

Only five treatments (pacing, meditation/relaxation techniques, the Perrin technique. allergy treatments and chiropracty) were reported to result improvements for over 50% of the people that tried them (massage was close by with 49%).

The ‘Some Upside And Low Downside Therapies‘

included vitamins and supplements, evening primrose oil, omega-3 oils, l-carnitine and homeopathy. These treatments worked really well for a low percentage of patients (<6%), resulted in ‘improvement’ in a moderate percentage of them (25-30%) and negatively affected a relatively small percentage of patient (<10%) leading to the conclusion that you can’t really lose with these therapies (other than money) but they also provided few really big wins (<6%). In fact, vitamins and supplements had the highest rates of ‘no change’ of any treatment with higher than 60% of respondents reporting ‘no change’. Only four supplements were individually reviewed, however.

The relatively poor rating of omega-3 oils was something of a surprise. UK physicians have lead the way on omega 3 oils and reported excellent results in the scientific literature. While many people had tried them (1217) reports of great improvement were rare (3%) and ‘no change’ was the most common outcome (60%). A third of those trying them did improve, however. 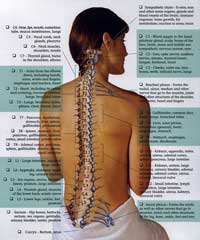 of respondents reporting they improved using either the Perrin Technique, chiropractic or massage. The possibility of great improvement was highest in the Perrin technique (14%) then dropped to 10% in chiropracty and 5% in massage.

Physiotherapy (physical therapy), which was usually done in hospitals, was the odd man out here with low greatly improved rates (3.5%), low improved rates (27%) relative to other therapies and higher ‘got worse’ rates (31%).

Exercise Therapies (GET, yoga, hydrotherapy) – were not surprisingly were proble 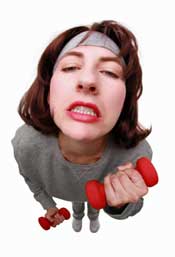 matic. While some people improved in all the ‘exercise’ or movement therapies all were all marked by fairly high rates of making people worse.

Except for GET which had little upside these therapies were helpful (but not greatly helpful) in a significant set of people with ME/CFS and posed difficulties for a smaller but still significant set.

Lightning Process- – Lightning Process easily gave patients the best overall chance of significant improvement of any treatment rated with 25% of patients reporting they were ‘great improved’ (followed up by Provigil/Modafinal at a distant second at 15% and the Perrin technique at 14% and Pacing at about 12%.)

Although Lightning Process had the highest rate of ‘greatly improved’ the positive responses fell off rather sharply (57% no change or got worse) indicating that while a significant subset of patients do very well many have less positive responses. 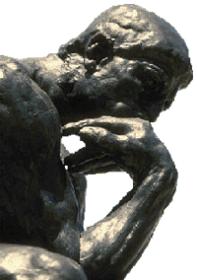 Meditation /Relaxation – a high percentage of patients reported they were ‘improved’ by these techniques (48%) with few people becoming ‘greatly’ improved (6.1%). Forty-four percent reported no change.

CBT – CBT had very low ‘greatly improved’ rates (2%) and quite low ‘improved’ rates (15%). Only three therapies (graded exercise, NADH, Immunovir) had lower rates of improvement than CBT.
The idea that CBT has been harmful for a significant number of patients was not borne out by the survey. Eight percent reported they were much worse after CBT but a higher or equal percentage of patients reported they were made much worse by commonly used treatments such as corticosteroids (10.8%), Lightning Process (13%), hydrotherapy (14%), physiotherapy (16%) and Immunovir (8%).

Reverse Therapy – had moderate percentage of greatly improved responses (8%) but had amongst the lowest rate of ‘improved’ responses (18%). Most respondents experienced no change (46%) and 24% got worse. Reverse therapy was one of the few therapies (along with GET) in which a higher percentage of people reported they got worse than got better.

Conclusion – LP represents is very helpful for a significant subset of patients but does not strongly impact many people with ME/CFS. Both CBT and Reverse Therapy were in the lower third of treatments with regards to effectiveness.

The ME Association looked at treatments or sleep and pain separately. ME/CFS is more known as a fatiguing disorder but the survey revealed how painful it can be as well with 15% of respondents having resorted to narcotic drugs at some point.

No matter what the overall outcome of a treatment at least 20% of the respondents reported they were either improved or greatly improved by each of the treatments (except NADH, oddly enough). That was true even in graded exercise therapy in which 22% reported improvement while 56% of patients were worsened by it and a whopping 33% were ‘much worse’. Every treatment had a group of people who ‘greatly improved’ or who were made ‘much worse’ by it.

The Missing Therapy in the UK Medical system

The UK system has lots of missing therapies but even some common therapies appear to have slipped through the cracks. While few big breakthroughs occur because of pacing it is clearly the most effective treatment for the typical ME/CFS patient, yet only 2% of patients indicated they learned about it from alternative therapists, 1.6% from psychiatrists and 2.7% from psychologists. Most people learned about pacing from self-help books (28%) with 17% learning about it from occupational therapists and 14% from GP’s.

Where Not to Go for Treatment in the UK? The local hospital – None of treatments that were

most often carried out in the local hospital were very effective. Trips to the local hospital were most likely to be met with the patient undergoing either hydrotherapy, physiotherapy, cognitive behavioral therapy, graded exercise therapy or hydrocortisone -none of which produced many effective results and some of which could have quite negative results (GET, physiotherapy).

The survey was a fairly coarse grained one particularly in the vitamin and supplement area and there was no opportunity to rate protocols.

A bit of good news was that even in the UK many people do find some relief; some bad news was that most common outcome (18 of the 25 categories) was ‘no change’.

Most treatments are relatively benign with 10% of patients reporting they were ‘much worse’ for only five treatments with GET easily leading the field (33%) and Amytrityline close behind (31% pain/27% sleep). In general the possibility of great improvement or getting much worse was fairly low.

The field of ME/CFS treatment in the UK is open. The first person who finds an excellent treatment for ME/CFS in the UK that significantly benefits a broad group of patients will undoubtedly do quite well for his/herself :).