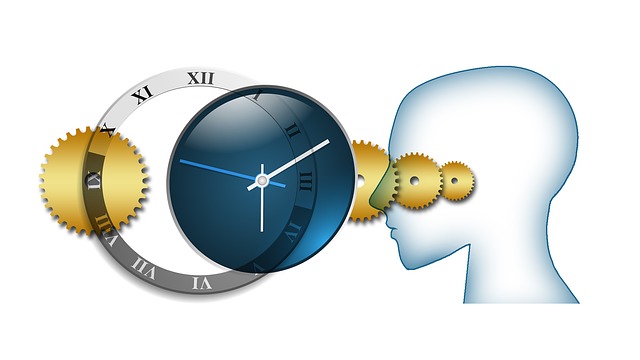 The struggle with energy (or lack of it) is an integral part of life with ME/CFS. Whatever other symptoms each of us deals with, the ongoing energy black hole and knowing when and how to use what little oomph we might have safely, is a conundrum we all grapple with, often without success.

During the times when we just don’t have anything to spare beyond breathing and the most basic thought processes, the quandary of how to use energy is irrelevant and out of reach. The question sticks its tongue out at us in derision.

For some of us though, there are times when we have a little extra energy. The temptation is to use it up getting some of the things done that have been amassing like a dusty pile of old newspapers.

We take the dare and spend an hour on the things that have been frustratingly out of reach. We enjoy the wind in our hair, trying to live a slightly more normal life … and we crash. That hour can ultimately cost us the next two days, or weeks or months as we are flattened on our beds once more.

How, we wonder, with the few synapses in our brain still functioning, will we ever overcome this roadblock to real life? For several years I had no answers to this question.

The U.S. National Library of Medicine, National Institutes of Health (PubMed) has this to say about ultradian rhythms. “The hypothesis of the Basic Rest Activity Cycle (BRAC), that underlies approximately 90-min fluctuations in states of consciousness, has gained strong documentation during sleep in cyclical occurrence of its REM and NON-REM stages, however, there is no convicting evidence of this rhythm in waking.”

With all due respect to PubMed, I decided that if I could apply this to my waking hours as well, I wasn’t going to let their lack of validation for it stand in my way.

An ultradian rhythm is any biological process that occurs in less than 24 hours. Every day, we cycle through ebbing and flowing routines that are regularly scheduled by the body.

It makes good sense for the body to do this. Up and down phases help to regulate everything from blood flow to brain wave changes, to hormonal secretions. These rhythms help the body to function properly, lessening the occurrence of autonomic dysfunction. Put simply, after 90 minutes or so of being active, our bodies prefer to rest for the next 20 to 30 minutes.

When I read about this natural predilection of the body to rest at regular intervals through the day, I paid special attention to it. This was at a time many years ago when I was either in bed, on my way to bed, or feeling like I was going to fall down and wishing I was in bed.

I didn’t need to be convinced that I had a powerful need to rest. I was intrigued by the possibility that I might be able to work with my ultradian rhythms and perhaps experience some healing — or at least not feel quite so crappy all the time.

I had up until this time done the usual ME/CFS thing. On the rare occasions when I felt less than decrepit, I would try to make the most of it. Get some laundry done. Go for a walk. Do something with my husband or with the kids.

That never worked out very well, I don’t have to tell you. I’d get drilled into the floor afterward in a tremendous crash, and would end up far worse off than I’d been before that one magical afternoon of activity.

The ultradian rhythm suggested that there might be a way to ease into things. And for me, it has worked out that way.


I need to say loud and clear, that this is not going to be the case for everyone, in every stage of ME/CFS fragility. And it may work for you during one season but not in another. We all experience a lot of variables, a lot of x factors that determine when we can do … well, anything … and when we cannot.

There have been times when I was just too darned sick to even consider trying to be up for even a few minutes, let alone 90 of them. Other times I was well enough to be doing something for 10 or 20 minutes, then the warning signs began to signal that it was time to get horizontal.

So keep all this in mind and don’t get yourself into a ditch over it. As ever, you must judge for yourself how you’re doing. Listen to your body with the utmost respect. Ignore everyone and everything else that tries to tell you to get up and moving when you know it’s just a bad idea.

To me the main thing was that it might be possible to do a bit through the day without having to land on my face. The rest periods were key. I hoped.

And for me they have been. As with most things ME/CFS improvement does not come in a straight line, often after three steps forward, you go two steps back. For that matter it’s not uncommon to go two steps forward and three, four, or five steps back. Once again I’m not telling you something you don’t already know. I just want you to be assured, that I know it too.

So on the days when I felt able to get things done, even if I still felt fine after an hour or so, I would make myself stop. I would lay down with a book, or curl up and go to sleep. I would make sure to do this for at least 20 minutes whether I felt like I needed it or not. If I was feeling worn out, I would lay low till I felt better, and if that took more than half an hour that was fine too. Sometimes I’d sleep for hours afterward. Also okay.

I’ve recovered (or am in remission, or whatever term you are more comfortable with) quite a bit since then. I’m able to work full-time online. There’s not a lot more besides that going on in my life but compared to six years ago for instance, this is no small deal. And I am able to take my dog for a walk every day, cook meals, do laundry, go to the store or the library without symptoms.

I wouldn’t try to say that tuning in to my ultradian rhythms has made the big difference. But I am convinced for myself that it has made some valuable difference in my ability to regain some life again. And I still follow it loosely.

I never try to be on the go all day long. I make sure to take breaks. And when I am overwhelmed, and the rushing starts in my ears and the numbness appears in my face and I feel like I am vibrating and can’t think … as soon as possible I find some place to set aside and rest. And 20 minutes will usually make a big difference. Enough to be able to carry on. At least for another 90 minutes.

“The protective mechanisms of the basic rest-activity cycle as an indirect manifestation of this rhythm in waking: preliminary report.
https://pubmed.ncbi.nlm.nih.gov/12751429