What is Healing? I have pondered this question many times.

Recently, I have begun to see signs of deep physical healing at long last, but why? What has changed?

I now sleep 12-15 hours a day. That’s a 10-12 hour night and one or two naps during the day. Until last November, I could sleep no more than 9 hours a night and never napped. How can this be good?

As well, I have seen signs my digestive system is healing. The same amount of digestive enzymes I took two months ago is now too strong. I have reduced them by 25%. This means for the first time in 10 years my body is producing more stomach acid instead of less. Until you’ve suffered from long term digestive problems it is hard to understand how large of an impact quality digestion (or lack of it) can have on your entire health. This is actually an impressive improvement for me.

But what does digestion have to do with me sleeping over half the day away? 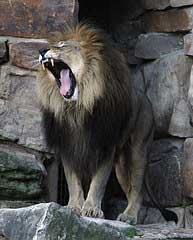 There are a lot of mumbo jumbo scientific words I could toss around right now to describe what essentially comes down to a simple concept. Inside each one of us is an ‘on/off’ switch. It toggles between the flight/fight response and being restful/calm. This is part of the autonomic nervous system.

In CFS and MCS, evidence shows that some of the cause behind these conditions is likely the flight/fight response being stuck turned on. This means the body is always ready for a lion to try and eat you so it only worries about keeping you alive another day, not what will happen after that. To do this, it supercharges some systems – like making you run faster, but this has a price. It has to take away from other systems – like digestion and immune functions, because they won’t matter if the lion eats you.

In other words – sleeping more and digesting better means my ‘on/off’ switch isn’t stuck on flight/fight anymore. It means my body is finally able to put energy toward healing instead of running away.


But why has this happened now? What is so different today compared to the last 10 years?

I think this question has a few answers. There is the obvious one – I’m taking herbs and vitamin supplements that have been slowly tailored to my specific needs and it took 10 years to figure those needs out. We are also spending a considerably larger sum of money on those supplements now compared to when we were trying to build our house and pinching pennies from every place we could.

But that answer is boring. The intriguing answer is much harder to define because it isn’t a pill that is popped or anything which can be seen with the eye. Nor is it the excellent diet we’ve been eating since going paleo. Though paleo is making good progress in lowering systemic body inflammation, providing materials for building muscles, strengthening joints and ligaments, and it just plain tastes better!

No, I think the main answer lies in the emotional and spiritual healing I have been discovering for almost a year and a half. I have been practicing EFT, reiki, qigong, meditation, and learning to listen with my heart as well as my head for guidance. Gradually, these techniques have been re-balancing my turbulent body, mind, and spiritual energies.

I’ve been releasing trapped emotional energy by letting go of old fears; learning to fully let go of painful past events and forgive those who caused them, including myself; and in general finding an inner calmness I have rarely known before now. It is a lot like time travel, change the right thing in the past and the ripples have an impact on the future. Although I can not go back in time and change what happened, I can change how my body reacts to those memories. Over time this is positively changing how I react to similar events when they occur.

Stagnant body energy is balanced through meditation and movements which directs my body’s yin and yang energy into healing pathways. This energy flows through each of us and everything around us – plants, trees, earth, sky… 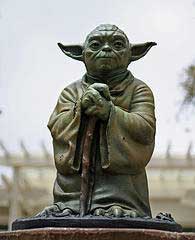 Basically, I’m learning to harness the power of the Force!

I suspect this is the key to my flight/fight response beginning to turn off at last, thus allowing physical healing. No matter how many pills I took to support and heal my body, it could do little good if my body’s own healing systems had been turned off by a wonky ‘on/off’ switch.

As I find an ever deepening sense of peace in life, my body is waking from its shadowy slumber into the new day of better health.

What is healing? I still am not fully sure, but I do know there is no simple answer. The human body and mind are a mysterious place, no less grand than the mysteries of the Universe itself.

Some have a path we are meant to follow. I think great sickness and tragedy has led me to mine and though it sounds odd, I am grateful.