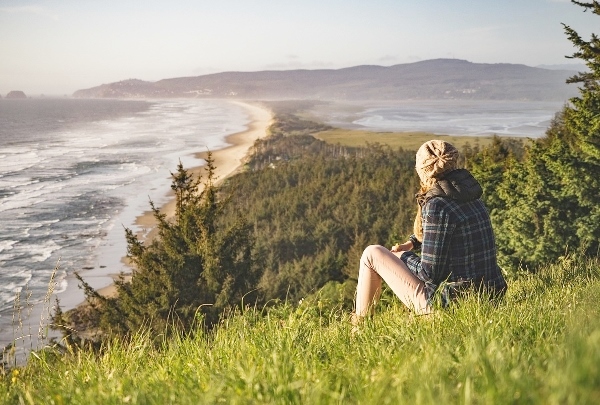 On good days, I mostly operate on cruise control, with the occasional moment of brilliance and quite a bit of vegetative regeneration. I can handle most things especially if they are routine and familiar. Bring in something new, though, or something I haven’t dealt with for awhile and it’s a whole new ball game. One I don’t tend to win.

I used to be pretty smart, and a darned good multi-tasker. Just sayin’. I could give homeschooling advice on the phone while sorting out two or three squabbling kids, writing notes to myself and making lunch, and still have brain-space to spare. That all changed with ME/CFS.

I know that everyone runs into snags when they’re learning something new, or revisiting something they used to do. The accompanying challenges that I deal with though, are aberrations I never experienced before I got sick.

It’s a whole neurological, brain-draining, muscle-impacting dynamic I never knew was possible before illness. But I’ve been finding my way around it through the strategic use of baby steps and bunny slopes.

I’m a big fan of The Bunny Slope School of Methodology. I break things down into the smallest possible increments with the biggest amount of down-time I can manage between them.


See, I sort of sneak up on my body. If it’s a small enough bite maybe my body won’t notice and won’t freak out on me.

I seriously only spend 5 minutes at a time on any new thing, and I don’t expect to get back to it for several days and then … I do it again. When some symptoms no longer appear during these efforts then I increase to 10 minutes. And so on.

I don’t really get a heckuva lot done on any given day. Desperation is what makes me do small bits at a time because it’s the only way I can do it. Otherwise I would get exactly nothing done ever.

I know that many of our people get derailed and stuck by exactly this kind of thing because they don’t really realize just how excruciatingly slow and small some starts need to be.

New and unfamiliar things must be approached slowly and carefully, like a rabid dog, and with an eye on the long-term prize. The new things take a ridiculous amount of planning over a ridiculous period of time. For instance when I learned how to crochet, not only did my brain react badly but so did my body.

Here is a typical run-down of symptoms. My thoughts become fragmented, my brain feels like it has changed shape, weight and size inside my head. My hands become clunky. If I’m walking I might bump into things. A feeling of oxygen hunger and light-headedness slowly but inexorably emerge.

This often begins before I’ve actually done anything.

The after-effects of a fractured brain and the inflamed, sore and stiff muscles that often come along for the ride can last for days or weeks.

If I continue to be stressed, that is to say if I haven’t quit yet, I’ll get a feeling that is not nausea but it’s reminiscent of that. My breathing changes, requiring more effort. It’s a little like getting the wind knocked out of me. And it can take hours for this to go away even after I stop the activity.

Case in point. My husband Alan and our son Jesse gave me a sewing machine, not this past Christmas but the one before that. For over a year I did exactly nothing with this beauty of a machine.

My husband papered the room, I equipped it with most of the sewing paraphernalia I could possibly need … And that was it. Because I was thoroughly daunted by the process required to master this thing, and I was afraid I might end up in an extended crash.


This extended avoidance on my part was having an embarrassing effect on my self esteem and looked like a lack of gratitude which finally I needed to remedy. So I went into my sewing room, determined to make it earn its name.

I spent 20 minutes reading the instruction book and filling bobbins.

It should have only been 10 minutes, looking back on it. Wore me out, and brought on the whole cascade of symptoms which lasted the rest of the day.

If all goes well I can do something like that maybe once a week, and gradually build up to the long-term goal, in this case of using my blasted sewing machine.

I sewed a seam on some scrap material. Yay! Then had to look up the next slightly complicated step … and blew my cognition right there for the next day or so.

Days later, I did several practice runs on scrap material and finally ran a real seam on a piece of fabric. The actual sewing time was negligible but the time required to work this ME/CFS brain and muscles up to it was ridiculous.

And the down-time needed after the first few brief sorties took days. So this whole process actually took weeks.

I had gone through the same rigmarole when I took up knitting again a number of years ago. Fortunately (as with sewing) I already knew how before I got sick, it was a matter of starting up again.

That took probably a month. I’d knit for 5 minutes and feel so stoned and hands became so unresponsive to my will that I had to go lie down and was useless for the rest of the day. That time around I triggered severe inflammation in my hands and arms that had to settle down too.

But by sneaking up on the task slowly and being patient over a period of time, I was able to get going again. Over the last couple of years my ability to knit has taken off and the enjoyment it gives me is incalculable. It’s just that the slow painful beginnings are so challenging.

Weirdly (at least it seems so to me) once these things are no longer unfamiliar all those symptoms cease to be stirred up. I can sometimes continue with an activity that becomes quite complex and do it for hours. I assume it’s because the brain/ body has been convinced that this thing is normal and routine again.

Try to do things in small bites. Maybe nibbles. Try to have nothing major going on the next day or so. And it helps to build in breaks where you do nothing.

It’s impossible to overstate the importance of white space. By that I mean stretches of time when absolutely nothing is going on. Zero. It’s quiet and I am not trying to think about anything or do anything that requires any effort.

Maybe I’m playing a computer game or maybe I’m lying down with my eyes closed. I need that empty time regularly interspersed throughout my day like I need air and water. enough white space makes all the difference in the world.

I am well enough these days to spend a half hour several times a week visiting my dad’s nursing home. It’s a six-minute drive from my house. I can even do half an hour or so of errands around town on my way home.

But then I need an hour or two when I’m doing nothing much. Maybe later in the day I can do a little writing. I can read a book perhaps. But that’s all the safe energy expenditures for the day. And generally speaking I need a day or so where I am doing nothing, in between any challenges.

Mind you, there were years on end when any and all of this was far out of my reach. What your strategy might be — or if you can even have one — depends very much on what your health is like.

There was a time 10 years ago when I had managed to work my way up from being mostly bedbound to being able to go for half-hour walks, doing laundry and cooking dinner. I was able to drive the 3 minutes to my mother’s place once a week to visit.

But when I started doing some writing, the visits had to cease and the walks got shorter and fewer. It was very important to spend more time in bed. I had naps in the late morning and late afternoon. Sometimes also early afternoon.

My mental energy — what there was of it — had to be almost entirely centered on my work. And I was only writing a couple of 250-word articles per week at that point.

Over the next six months that started to feel more normal. My body and brain had accepted it as a part of life. I was asked to write a couple of 400-word articles a week. This was a huge change for me and I had to once again cut out everything but writing.

Slowly increasing in this fashion, I eventually worked more than 40 hours a week for several years. Mind you, those 40+ hours a week were carried out in my own bedroom or living room, with plenty of white space, and I did precious little else.

Everything I’ve been able to do since then has involved a very slow increase at a snail’s pace with some crashes and derailments along the way. The key has always been to start out with baby steps on the ME/CFS bunny slope.

How do you deal with the challenges of learning new things?

Image by Pexels from Pixabay