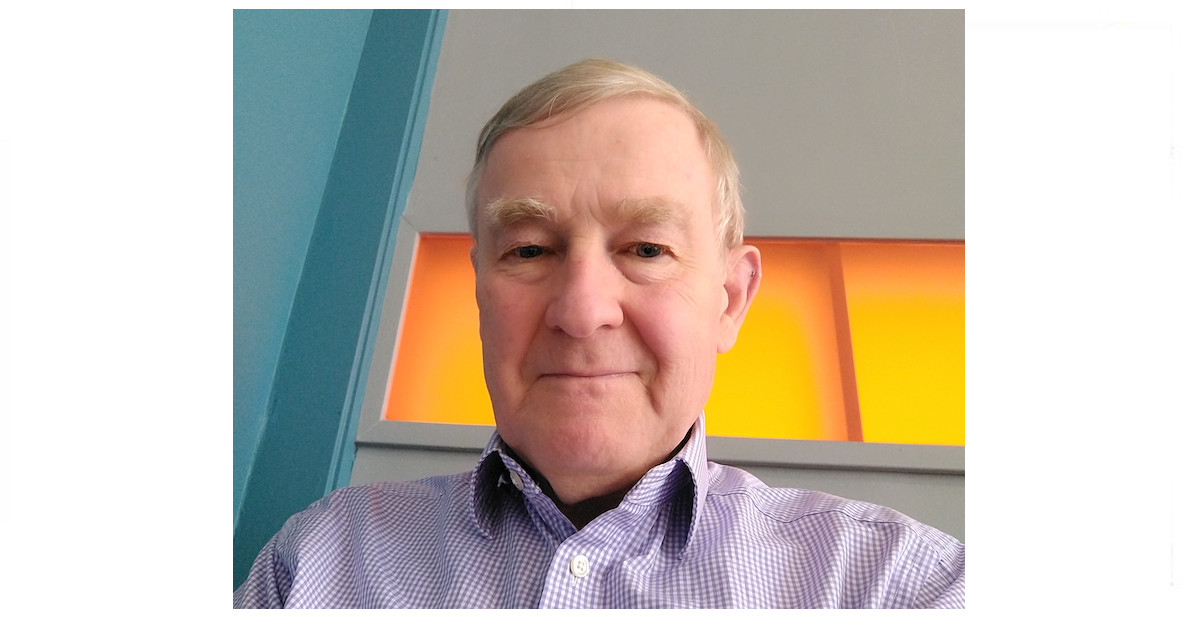 Dr. William Weir is a retired physician who has treated ME/CFS patients for many years. He has spent the last few years advising the U.K. government’s National Institute for Health and Care Excellence (NICE) and has recently authored an article about dogma and science. Image courtesy of Dr. William Weir.

Dr. William Weir is a retired infectious disease consultant who worked at the Royal Free Hospital in London. He has long been involved in treating myalgic encephalomyelitis/ chronic fatigue syndrome (ME/CFS) patients and has been a consistent critic of the psychological approach to treating ME/CFS.

Along with Dr. Nigel Speight, Dr. Weir recently authored a paper entitled “ME/CFS: Past, Present and Future,” in which the authors reflect upon the history and controversy surrounding ME/CFS:

Throughout history, a pattern tends to repeat itself when natural phenomena require explanation. Dogma usually arrives first, then it is eventually replaced by scientific understanding. The same pattern is unfolding in relation to ME/CFS, but supporters of the psychological dogma surrounding its causation remain stubbornly resistant, even in the face of compelling scientific evidence to the contrary.

Over the last two years Dr. Weir has served on the U.K. government’s ME/CFS Guideline Development Group, tasked with developing official treatment guidelines for the National Institute for Health and Care Excellence (NICE). These clinical guidelines are especially important as they provide a framework of recommendations for health and social care services throughout the U.K.

Many patients were pleasantly surprised to learn that this draft version recommended neither of the therapies to treat ME/CFS that were based on the psychological model of ME/CFS: graded exercise therapy (GET) and cognitive behavioral therapy (CBT).

I spoke with Dr. Weir to discuss his recent article and the situation surrounding the new NICE treatment guidelines.

How did you get involved in the field of ME/CFS?

During my tenure as a consultant in infectious and tropical disease at the Royal Free Hospital in London, I began seeing patients whose acute infection (often serious, such as malaria or meningitis) had been effectively treated, but who remained unwell with what is now recognised as ME/CFS.

In those days, the problem was often called a “post-infectious syndrome” and was frequently labelled as “atypical depression.”

In the introduction to your recent article you observe that history is littered with examples of human disease being initially explained by dogma created by powerful authoritarian figures.

This dogma is the result of a void in the comprehension of a particular disease, which is later replaced by rational scientific understanding.

One famous example of the medical profession “getting it wrong’’ was the dogmatic belief that bloodletting was an effective treatment for cholera in the mid-19th century. In fact, as you note, this merely hastened the demise of many sick patients.

The contemporary medical establishment criticised and ignored the findings of John Snow, [who discovered] that drinking water from [contaminated] sources was the cause of cholera.

Snow’s problem at the time was that he could not identify what was actually in the water causing the cholera. However, the objective evidence he collected proved conclusively that only water from [contaminated] sources was the cause.

You note that the story of ME/CFS is a more recent example of dogma interfering with medicine, and observe that “if GET were a drug, it would have been banned rapidly by the appropriate regulatory body.’’ Can you explain what you mean by this?

GET is now recognised as very harmful in ME/CFS, but can be useful in patients with depressive illness, in whom exercise can be therapeutic.

The best example of drug-related harm here is thalidomide, a drug developed in the 1950s which was effective in the treatment of morning sickness in pregnancy, but with the tragic side effect of serious deformities in the unborn babies.

The relationship between this side effect and thalidomide took a while to recognise, although the [Food and Drug Administration] in the USA banned it initially because it was felt that there was not enough evidence from the early trials [indicating] that it was safe.

Consequently, very few babies were born in the USA with thalidomide-related deformities.

Because of the thalidomide story and the American success at largely preventing the problem, national drug monitoring agencies nowadays are very much on the alert for side effects from new drugs reaching the market (or even drugs already on the market).

Sadly, this vigilance by drug regulatory agencies does not yet apply to other forms of treatment, such as GET.

Dominant forces within the U.K. medical establishment seem to have given political support and priority in research funding to the psychiatric diagnosis and treatment of patients with ME/CFS.

This appears to have been supported, with some notable exceptions, by the majority of parliamentarians who seem to have been largely indifferent to the plight of citizens afflicted with ME/CFS.

Such stances seem to have encouraged the development of psychological treatments such as GET, which many patients regard as being harmful to their health.

Although there now appears to be sufficient scientific evidence to support the patient testimony that GET is harmful, influential sections of the medical establishment still seem to remain attached to this potentially harmful or scientifically unsound treatment.

The adherence of some members of the medical establishment to [the use of] GET for ME/CFS is reminiscent of the use of bloodletting in cholera.

In both cases, dogma is the driving force. Funding efforts for proper scientific (i.e. non-psychological) research into ME/CFS has been hampered by such dogma.

The recent decision by NICE to suspend publication of the update to its ME/CFS guidelines seems to be further evidence of the influence of dogma. Is this a fair assumption to make?

NICE are being influenced by vested interests that remain trapped by their own dogma. NICE cannot afford to give way to such influence, as it would be contrary to their statutory obligation to provide advice based on science, rather than dogma.

Were they to do so, they would lose integrity and credibility.

In your article you note that recent scientific advances in our understanding of ME/CFS completely undermine the dogma of psychological causation.

Can you explain the “anaerobic threshold’’ that underlies the physiological exhaustion many patients feel during any kind of physical activity?

The anaerobic threshold is the point at which vigorously exercising muscles — in normal health — switch [their] metabolic pathway from [an aerobic one] using oxygen to a different [anaerobic] pathway which doesn’t use oxygen.

The sprint is then followed by a minute or two of heavy breathing (“air hunger”) to take in extra oxygen to clear the accumulated lactic acid, which is a by-product of the anaerobic pathway.

Consequentially, air hunger can follow such minimal exertion, giving rise to the mistaken belief that there is a problem with the lungs.

“Exercise phobia” is a completely erroneous, pseudoscientific concept without a scientific evidence base.

Your article mentions immune dysfunction in patients as “giving pathological validity to the term myalgic encephalomyelitis.” What do you mean by this?

Evidence of abnormal immunological activity has been detected in the cerebrospinal fluid, providing evidence of an immunological process affecting the brain and spinal cord. Hence the term encephalomyelitis.

Could you explain the immune dysfunction in ME/CFS?

The immune system seems to be abnormally sensitive to normally harmless substances, e.g., in food, perfumes, drugs of various kinds. In lay terms it can be described as “neurotic,” and seems to be constantly “on the alert” for no good reason. It is thereby dysfunctional, but the exact cause is not yet known.

You mention that a “reliable biomarker” might soon be developed. Can you elaborate on this?

Such fragility was demonstrated by measuring the electrical “distress signals” from the affected cells. The test was very accurate and there were no false positives. I am hopeful that the principle demonstrated will eventually be the basis of a widely available test.

In the conclusion to your article you paraphrase Einstein and state that “the definition of insanity is to do the same thing again, expecting a different result.” How does this relate to the current state of affairs in the U.K.?

There is evidence that Long COVID is being regarded in some quarters as having a psychological basis, although it is very likely to be a variant of ME/CFS.

[In addition], there is evidence that GET and CBT are being advised in some treatment centres, applying the same principles as were used in the PACE trial — despite its egregious shortcomings. In such instances, insanity is clearly still in charge.

People with ME/CFS experience high levels of functional impairment, scoring lower overall on health-related quality-of-life tests than do many patients with other chronic health conditions. Yet, there is no recognition of this by health and welfare agencies.

Many patients and their families have to bear significant financial costs, as many people with the illness are unable to work. They also face huge barriers trying to navigate a benefits system that is shaped by the psychological approach to ME/CFS.

To top it all off, there has been a paucity of funding into biomedical research for ME/CFS.

What measures should public health and disability benefits agencies take in order to improve the life prospects for people with this debilitating disease?

The medical schools also need to put this horrible disease firmly on their curriculum, so that the medical profession can start providing effective support for their patients.

View a petition signed by over 20,000 people asking NICE to publish the new treatment guidelines:

Bronc is a former historian who is active in his local ME support group. He enjoys interviewing scientists involved in ME research to help himself and others better understand their illness.