The Singh Study was a big and important and its not surprising that, even prior to the WPI’s official response – everyone on both sides of the aisle is talking about it. 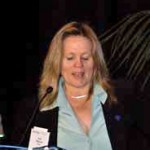 Despite the negative results Dr. Mikovits remained confident about the patients the WPI sent over to Dr. Singh to test

“These people are infected,” says Mikovits. “This study says nothing. We have complete confidence in every bit of the results in the Science paper. We don’t think any of it is wrong. There is no evidence of contamination in our lab, and we have controlled for that all along.”

Mikovits noted that Singh didn’t use ‘identical protocols’ and that XMRV levels can vary in patients day to day. Singh agreed some protocol differences existed but argued that they were essentially negligible given how closely they worked with Dr Mikovits’ team. (Dr. Mikovits was listed as a collaborator).


She also noted that the patients she was given had ‘repeatedly tested positive’ suggesting a consistency in results that should have lead her to find at least some positives. “She [Mikovits] pointed us toward patients that she had repeatedly tested positive,” says Singh. “We should have found at least one that was positive. Not all of them would have gone negative on the day when a phlebotomist met with them.”

Dr. Coffin stated that he believed the issue was already resolved but that “Singh bent over backward to try to use the same assays as published, allowing her to knock down what I consider to be a real straw man but that nonetheless was out there,”

Dr. Mikovits put her faith in the upcoming studies involving the WPI stating that she expects them to answer the XMRV question (in a positive fashion) but that she could reconsider her stance on the virus if the WPI strikes out but that she doesn’t ‘expect to get to that day’ 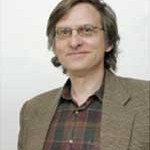 Dr. Lipkin – the Agnostic (?) – Meanwhile Dr. Lipkin, probably wanting to get his message the widest possible coverage, forwarded this note to the Dr. Racaniello about the state of XMRV after the Singh study. Pledging himself ‘agnostic’ in these issues, Dr. Lipkin feels that until his study results, which allows the WPI to replicate their results, are in….all will be in ‘confusion’.

We have a plethora of explanations for how CFS/XMRV/MLV studies could go awry. However, we don’t have evidence that they have. Absent an appropriately powered study representing blinded analyses by Mikovitz and Lo/Alter of samples from well characterized subjects using their reagents, protocols and people, all we have is more confusion.

I remain agnostic. We won’t have answers until the end of 2011.
The NIH will post something on our study today.
Ian

Agnostic? Later in the comments section -responding to a question whether, based on his comments, Dr. Lipkin felt the Singh study was ‘worthless’ Dr. Racaniello backed both himself and Dr. Lipkin in a corner – suggesting perhaps that as Dr. Lipkin was portraying himself as an agnostic to the patient community he and other researchers believe the issue has essentially been settled. It wasn’t as if there wasn’t a way out – Dr. Mikovits can still redeem XMRV in his study – but that scientists believe the matter has been decided.

“Dr. Lipkin is not saying that the Singh study is ‘worthless’ – he is merely stating that no number of studies will convince non-scientists that the Mikovits study was incorrect. He is saying that it is up to Mikovits and Alter to repeat their studies in an appropriately powered manner to resolve the issue. I’m not sure that will happen. As I’ve said before, the Singh study is extremely well done in all ways. For scientists, there is no confusion about the findings. “

Asked if those were Lipkins thoughts – he essentially said they were; that he was not speculating on what Dr. Lipkin thought.

“In my comment, I was not speculating on what I ‘thought’ Dr. Lipkin meant by his comments. I spoke with him after he sent the email to make it clear what he meant, and I based my comment here on that conversation. Whatever you choose to believe, the study that he is coordinating is exactly the kind of study that he believes will resolve the situation. Note that he says that the results won’t be available until the end of 2011.” 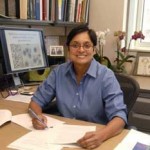 Dr. Singh Talks – Mindy Kitei at CFS Central asked Dr. Singh a number of questions. To paraphrase some of the them: Do the negative findings in CFS suggest that the prostate cancer findings are wrong as well? Dr. Singh thought not; CFS and prostate cancer are two different diseases and the studies looked in two different tissues; ie there’s no reason to believe the findings in one necessarily effect the other.

Should researchers look for XMRV in the tissues of ME/CFS patients instead of the blood? Dr. Singh thought not – since XMRV was found in the blood it makes sense that that finding be validated first.

Dr. Singh explained about positive controls “there are no real patient ‘positive controls’ for XMRV.  In order to use patient samples as controls, you’d have to first be absolutely certain that these patients have XMRV.  How could you do that right now?”


“we used what you call a ‘clone’ for our PCR studies.  But remember, this clone was isolated from a patient (a prostate cancer patient).  And this is over 99% identical to the isolates from CFS patients described in Lombardi et al.”

Check out more of the interview here: https://www.cfscentral.com/2011/05/dr-ila-singh-we-are-now-convinced-that.html#comments 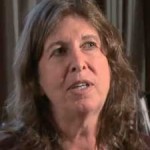 Dr. Deckoff Smacks Dr. Singh – after all the expectations the negative Singh XMRV was a tough hit. In a post titled “the Shell Game” on her personal blog “X Rx”, Dr. Deckoff-Jones, the Clinical Director of the WPI, penned a hard hitting blog suggesting that Dr. Singh, who seemed at one time to be a friend to the WPI, was now ‘following the money’ instead.

Citing Dr. Singh’s use of a VP62 clone instead of a human isolate as a positive control Dr Deckoff-Jones called the findings ‘meaningless’.  She also questioned Dr. Singhs use of a antibody test developed in monkeys- again to the VP62 clone.

The Singh study came down strongly against using antiretrovirals in ME/CFS and Dr. Deckoff-Jones came down strongly on that assertion stating that the idea that Dr. Singh would ‘presume to comment’ on treatment options “outrageous’ and questioning her (a researcher not a clinician) ‘desire to practice clinical medicince’; a not completely fair statement since Dr. Bateman, a well known ME/CFS physician, was a co-author of the paper and surely penned the treatment statement.

After noting that Dr. Singh applied for a very broad patent for XMRV, Dr. Deck0ff-Jones accused Dr. Singh of ‘stabbing the WPI in the back’.

Stating that she felt it was obvious from the pathology of ME/CFS that it was caused by some sort of retrovirus she suggested that the scientific community should be more focused on identifying whatever retrovirus is present than focusing just on just one virus.

It is important to validate the original work of course, but that is a very small part of what needs to happen. Given that it is obvious from the pathology that we are dealing with one or more previously unrecognized retroviruses, most likely simple animal retroviruses that jumped to humans in some way, the correct question is, which virus or viruses?

The Lipkin-Montoya study, of course, is looking for all known mammalian viruses and the WPI should have a great deal of data from pathogen micro-arrays that will hopefully come out over time.

Then Dr. Deckoff reported what can only be described substantial improvement over the past year and a half. Still on Viread and Isentriss (and other treatments) 14 months later she’s been able to go snorkeling (a little), has been able to walk up some steep hills without PEM and feels that she is eating, sleeping and dreaming normally. I think she’s a little optimistic to state that she’s 90% of normal given her statement that she’s still ‘very deconditioned’ but being comfortable in her body, without undue pain and fatigue, while being out most of the day – is a remarkable improvement over the past year.

She received a good deal of improvement upon moving (temporarily) to Hawaii which may have been the result of moving to a much lower elevation. In an earlier post from Hawaii she described herself as being on a slow uphill course, with better sleep and less shortness of breath in Hawaii.

Her daughter Ali has improved as well and Dr. Deckoff_jones describes her as ‘stable’ but ‘still just below the surface’. Along with the antiretrovirals they have been using Actos, Deplin, B12, vitamin D, bioidentical hormones and are considering mild HBOT, Meyer’s cocktail/glutathione IV’s and possibly Nexavir. No side effects from the antiretrovirals they are taking are apparent.