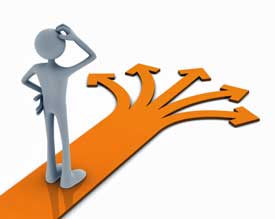 The many definitions proposed for CFS over time indicate how difficult it has been for the research community to agree what this disorder is. In this section we take a look at the history and controversy over how to define ME/CFS.

Success in the ME/CFS research field may be more a function of how good the definition is than anything else. A poor definition that inadvertently brings in other disease groups will result in inconsistent or mediocre study results and stagnation in the research field. A good, tight definition, on the other hand, should allow researchers to laser in on the cause/causes of ME/CFS, lead to positive study results and advance the field.

An early name for ME/CFS in the UK and Europe, myalgic encephalomyelitis or ‘ME’ formed the basis for several early attempts to define the disorder. Several aspects of the early definition including the focus on ‘post-exertional malaise’ informed later conceptions of CFS. Starting in 2005 efforts to merge the older definition of ME and the conception of ‘CFS’ formed in the US., lead to the emergence of the term ‘ME/CFS’ which is in wide use today and has been adopted by the NIH.


Bob in the Phoenix Rising Forums has created a reference source for ME. Check out ME research citations, definition papers, books, etc. below

Developed in Canada by physicians and researchers to provide a better description for doctors, the CCC emphasized post-exertional malaise (relapse after exertion) and cognitive problems. The definition won acclaim for its apt portrayal and description of CFS patients but has not (as of 2012) been used much in the research arena. Several non-profit foundations (CFI, CAA, WPI), are, however, using the definition in some of their studies.

Developed under the auspices of International Association of chronic fatigue syndrome/ ME (IACFS/ME), the Pediatric Definition describes how the disease appears in children and is very similar to the Canadian Consensus Definition

An updated, expanded and reworked version of the CCC, the ICC, published in 2011, provided the most recent conception of ‘CFS’ by a portion of the research community.