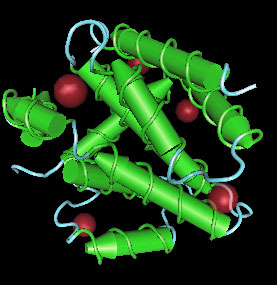 Valtrex May Work in Chronic Fatigue Syndrome (ME/CFS) Because..

it may inhibit the replication of a virus (Epstein-Barr virus (EBV) shown to be activated in some chronic fatigue syndrome (ME/CFS) patients.

Dr. Lerner’s 2002 Valtrex trial resulted in much decreased symptoms and increased energy and improved ventricular functioning for about 2/3rds of ME/ CFS patients at 18 months suggests an EBV associated cardiomyopathy may be important in some patients.

Patients with both EBV and cytomegalovirus infections did not improve. This suggested a different kind of drug treatment was needed for patients with multiple infections.


A recent study may explain why long time antiviral therapy may be necessary to successfully fight an EBV infectious (Hoshino 2009). It found that Valacyclovir reduces cell to cell reinfection but does not effect EBV infected cells. Since cell to cell reinfection is the chief means EBV has of maintaining itself in the body very long term antiviral therapy could reduce EBV infection rates simply by allowing infected B cells to die off over time without being replaced. This could account for the long treatment times needed some CFS physicians call for.

In his ME/CFS Treatment Guide Dr Lerner states “If the patient weighs 70 kg, the dosage is 1 gram four times daily, ideally every six hours; however safe to take four hours after the last dosage (it is not necessary to awake in the middle of the night for a dose). It is important that the patient take four doses for treatment.

Please note valacyclovir is now available in generic form. While I have not had experience with all distributors of generic forms yet, I have had patients move to the generic form of valacyclovir by Teva and Mylan with no issue. Famvir at the same dosage can be substituted and although there is not the strong evidence that we have
for valacyclovir, it likely is equally effective.”

Benefits usually do not begin until after 6 weeks and the drug is usually taken for a minimum of a year.

Dr. Lerner call’s Valtrex “remarkably safe and effective” but notes that “one concern is that valacyclovir is excreted….can cause acyclovir stones and obstructive uropathy. This will not occur if the patient drinks at least six 8-ounce glasses of water daily. Side effects can include nausea, headache, fatigue, diarrhea and others.

Herxheimer effects early in the treatment protocol are common and suggest a good prognosis.