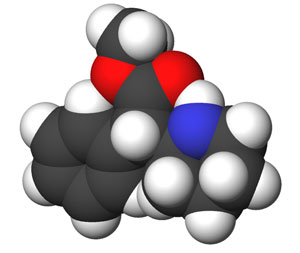 Ironically, given its stimulant properties, Ritalin has a calming effect on ADHD patients and enhances concentration. Ritalin’s mode of action is not known but it is believed to increase dopamine and/or serotonin levels.

because it increases concentration and may increase the levels of neurotransmitters that may be low in the disease.

Dr. Teitelbaum believes Ritalin is underused in ME/CFS. Dr. Bateman uses both Ritalin and Adderall but in general prefers Adderall. Ritalin can exacerbate sleep problems in some patients. The IACFS/ME Treatment Primer states anecdotal reports suggest that Ritalin can have moderate to marked benefits but that tolerance can develop if used daily.

The IACFS/ME Treatment Primer and Dr. Bateman recommend 5-20 mg. 2-3x’s a day. Dr. Teitelbaum recommends 10-30 mgs. taken 3x’s a day with a maximum of 60 mgs./day. Dr. Rowe recommends that ME/CFS patients with orthostatic intolerance take low doses in the beginning (5 mg in morning) and then repeated, if necessary, 4 hours later. Double the dose (10 mg) and then possibly split it (5 mg/5mg.) in pm.

Ritalin has a lower incidence of side effects than Dexedrine. At lower doses it is usually well tolerated. Side effects can include sleeping difficulties, stomach pains, potentially addictive, headaches, palpitations, high blood pressure. Because of its potential for addiction if misused Ritalin is a Schedule II drug and requires frequent doctor visits. Tolerance can develop if used daily.

This summary was put together by a layman with ME/CFS and is not intended to provide complete information on the side effects or any other aspects of this drug. It is for informational purposes only.

Lucinda Bateman, MD., 2006. “Tips and Travails of Treatment”, An abridged version of a seminar transcript of a Nov. Lecture in Auckland, New Zealand, by Pat Fero and David Thompson.

Carol Sieverling, 2000, “Paul Cheney, M.D. on SSRI’s and Stimulants: Frying the Brain” From the CFIDS and FMS Support Group of Dallas Fort Worth.