A concluding article for the ‘In Brief…’ Series, summing up the previous articles which attempted to explain the science behind fairly common topics and exploring how they relate to ME – by Andrew Gladman. 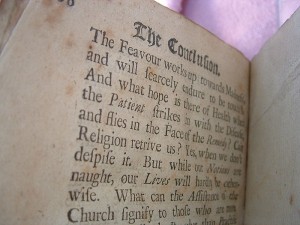 Over the past few weeks and months I’ve been busily researching, evaluating and writing the series of articles under the subheading of ‘In Brief…’. The original idea behind the articles came partly from frustration and partly from personal interest in the subject areas. From a personal standpoint I became sick just over a year ago and after roughly 6 months I landed a diagnosis of ME/CFS, forcing me to withdraw from university due to the plethora of symptoms I was and still am experiencing.

As most people would do, I immediately took to the internet to research the condition; what causes it, what the treatments are and what I can do to help myself. What I was met with was a severely fractured literature, ranging from the psychological through to severe and irreversible neurological damage. As I continued my research it became clear that no one really had any idea so thousands of ideas were being thrown about with little evidence to let one rise above the others. It was for this reason I actually joined the forums here on Phoenix Rising, to discuss with other people and try to come to terms with what the condition was and what I could do to help it.

It soon became clear that while there are many competing hypotheses, there at least exists a large bank of evidence supporting a physiological causation for the disease. After several months of participating on the forums I was lucky enough to be contacted by one of the administrators here at Phoenix Rising and offered the chance to share my thoughts and ideas through more formal articles. Naturally I jumped at the chance. While still far from an expert, I hoped to write articles that made the whole subject area easier to follow, in the hope that people in the same situation I found myself in can better understand the ongoing research into this disease and form their own opinions. Unfortunately we are not yet at a point where any leading causation for ME has been found, so conventional medicine provides little help. However, I personally found that understanding more about what could be happening at least gives a certain empowerment when all else has been stripped away.

I have since learned that ME may perhaps not be my cause of disease, with several tests showing possible other lines of investigation for my own bad health including POTS, something I’m sure many ME sufferers are all too aware of. This has allowed me to take a step back and be more objective in my research of ME. Certainly I still plan to write further articles and follow the research while simultaneously following my own personal health. Perhaps in the future I may write an article exploring my own journey but unfortunately it is still unfolding. With regards to this series, I feel it apt to halt it for the time being; perhaps I may revisit the series, so be sure to recommend any topics you feel worthy of a focused article.


I sincerely hope all readers have enjoyed this series as much as I have writing it. Below are links to all five articles so be sure to check out any you may have missed. The take away message from me is that while ME research in the past has been disparate and dejected, we now appear to finally be moving forwards at a rapid pace. I don’t advocate false optimism but truly there are reasons to be excited within the world of ME.

In Brief: Viruses and ME

In the first article in the series, I felt it appropriate to concentrate on a topic that is both incredibly common through current and historic ME research and yet has been the centre of much controversy within the ME field. This article opens with an explanation of what viruses are in molecular terms, how they reproduce, and a brief exploration of two specific viral sub-types frequently discussed with regard to ME: retroviruses and enteroviruses. The article then explores some of the research relating to viruses and ME, including the controversial XMRV fiasco. It is apparent through the article that I am weary of the fractured findings with regard to viruses in ME, however it’s clear that for a significant minority, infectious agents certainly appear to play a role within the disease pathology of ME.

In Brief: Autoimmunity and ME 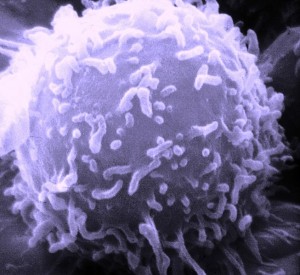 The second article in the series was purposefully written to follow on from the topic of viruses. The reason behind this is that the downfall of the viral hypothesis has always been lack of evidence and consistent findings – autoimmunity could explain why such pitfalls exist. This article includes a brief overview of what autoimmunity is, with detail exploring how autoimmunity derives from a previously normally functioning immune response. The article then explores some of the research relating to autoimmunity and ME, including the Rituximab trials by Doctors Fluge and Mella in Norway. From a personal perspective, I believe this new line of research holds great promise and I hope that this opinion is supported by the content of this article.

In Brief: Mitochondria and ME

In Brief: The Cardiovascular System and ME

In Brief: The Autonomic Nervous System and ME 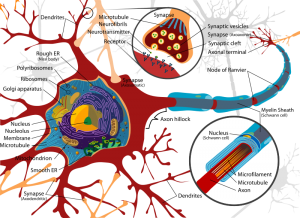 The fifth and final article in the ‘in brief…’ series explores the nervous system and how it relates to ME, with particular focus on the autonomic nervous system. This article opens by exploring what the nervous system is, its function, and the cells which make it up. The article then focuses upon how nervous impulses (action potentials) are transmitted by the cells, and finally explores how the nervous system is organised, helping people to better visualise the often difficult to grasp concept of the autonomic nervous system in relation to all others. The final section, as always, focuses upon research within this area and how it relates to ME, including recently proposed novel hypotheses, and furthers the discussion relating to the work of Prof. Julia Newton at the University of Newcastle.