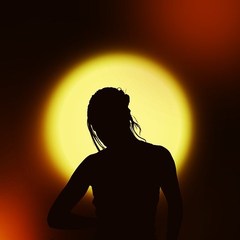 Thanks to the misleading name Chronic Fatigue Syndrome, the misunderstandings concerning sleep are numerous and contradictory. Those who are unfamiliar with ME/CFS often may conclude that we are sleepy all the time.

It doesn’t really work that way.

Some of us can’t sleep at all. Others sleep for long periods but never when they’d like to. Many of us lie helplessly awake all night longing for respite, only able to succumb to sleep as the dawn begins to break.

My own experience for a number of years was a reversal of the usual sleep-wake cycle. I rarely saw my family since I slept most of the daytime hours, only feeling a semblance of wakefulness after sunset. Long after my family had gone to bed, I was up and staring at walls, or online fumbling for information on whatever was wrong with me.

Some of us don’t actually sleep as most people know it, but rather move back and forth in a zombie-like state of limbo between shallow catnaps and heavy-lidded and uncomprehending consciousness. We could be called “awake” but we have no energy to move, and cognitive ability is sketchy and ephemeral.

My son used to be stuck in wakefulness for 24 hours, then would sleep for the next 10 hours. When he’d come to, he looked like the walking dead. No, not walking. Draped over and molded to his bed.


Michael J. Breus, Ph.D., clinical psychologist, Diplomate of the American Board of Sleep Medicine, and Fellow of The American Academy of Sleep Medicine, described the sleep dysfunction of ME/CFS as involving a variety of abnormalities. ME/CFS can involve excessive sleepiness during the day, having sleep that is not refreshing or restorative, or insomnia. Other aberrations are obstructive sleep apnea, narcolepsy, and trouble staying asleep.

Breus went on to say that the connection between ME/CFS and sleep is poorly understood by the medical and research community. He cited research from the Victoria University in Australia which studied this sleep problem over the last twenty years.

Research also indicated that almost 80 percent of those with ME/CFS had sleep that was unrefreshing, and 20 percent had narcolepsy or obstructive sleep apnea.

It is possible that pain may be a factor that contributes to sleep problems. Pain can make it hard to sleep. And lack of sleep can increase our experience of pain. This sets up a debilitating cycle that can be hard to resolve.

Other research showed that sleep is disrupted more often in people with ME/CFS than in people that are healthy or depressed.

The research has not yet led to definitive conclusions, and correlations in this matter are not clear.

While little information is actually known in this area, it seems clear to researchers that disrupted sleep is a big factor in ME/CFS. Continued research targetting this area may lead to some answers.


That we are clobbered in many ways by sleep dysfunction is not news to those of us with ME/CFS. The fact that research has not found clear and useful answers is discouraging and frustrating for us as we continue to wait … and wait. But the fact that researchers are looking for solutions for us and have been examining a few new pathways may be taken as cause for optimism for answers in the future.

Chronic Fatigue Syndrome: How Does It Affect Sleep?
https://www.aasmnet.org/jcsm/ViewAbstract.aspx?pid=28736