The inability of the second UK XMRV study – this time from a ‘friendly’ research group headed by Dr. Groom – to find any XMRV in a very large sample of patients was rough news for sure. The ME Action Group in the UK took a rather resigned tone in their response while Dr. Vernon highlighted a few methodological issues but mainly concentrated on questions about that original cohort. Neither presented much good news for CFS patients as a cohort answer to the current problems would mean the virus is only present in a very select subset of patients.

In their response to the latest paper the WPI defined the pitfalls they believe researchers face in validating their work – thus basically giving them a guide on how to find XMRV – and doing everybody a big favor.

No Replications Studies Yet Done: They noted that no one has yet attempted to replicate, i.e. exactly duplicate, their original study. In the best of worlds, of course, a true replication study isn’t necessary and is, in fact, irrelevant. How one found the virus, after all, is not particularly important; pathogens can be uncovered by several techniques and researchers typically use different techniques to validate the presence of a pathogen. In fact, a positive validation study using a different technique is considerably more valuable than a replication study because it definitively demonstrates the pathogen is there. It’s only when the validation studies are unable to validate a finding that the issue of a true replication study becomes important – as it now has.

Looking Back – This replication/validation issue was prominent in Dr. DeFreitas retrovirus of almost 20 years ago. The CDC and Gow teams were well versed in retrovirology and had used standard procedures again and again to find viruses. Given their track record they felt little need to change their procedures. (Ultimately the CDC did at least to some degree). But Dr. DeFreitas felt her bug was different. Given her inability to replicate her results she may have been wrong; the question now is whether XMRV is different as well.

Both UK studies used standard XMRV samples to ensure they could find the virus – and their results indicated that they could – but they couldn’t find it in the CFS patients. It may be important, though, that outside of one Japanese study these are the first attempts to find XMRV in the blood and researchers are treading new ground here.


We know that two US prostate cancer studies found XMRV but two German ones did not. We know the German prostate cancer researcher is redoing his study using a different technique. It’s clear that, irrespective of CFS, the field of XMRV research (as small as it is), is quite muddled at this point – perhaps we shouldn’t be so surprised about the bumps in the road encountered thus far.

The WPI took the UK study to task somewhat for not using their reagents, blood, etc. stating that there is only one way to look for XMRV in the blood that’s been validated and that’s their approach and they have a point. The WPI was the first group to ever look for XMRV in the blood and they validated their results as best they could using the Cleveland Clinic and NCI labs. To be fair the Groom study researchers, some of whom have long track records in CFS research, didn’t have any reason to think their procedures wouldn’t work since apparently they do work for most viruses. It’s possible that both they and the Imperial College researchers underestimated the difficulty of finding this virus in the blood.

To their credit they were careful not to overstate their case simply stating in the paper they were unable to find XMRV DNA in their samples and not making broad conclusions about XMRV and CFS. Once the paper came out they’ve stayed out of the spotlight – – they appear to be waiting to see what other studies turn up.

Most of the issues pointed out by the WPI don’t appear by themselves to be able to account for the differing results in the UK. String them together, though, and you get an interesting scenario.

The WPI did two things the other groups didn’t do to find the virus.

Does perhaps a bit different cohort, perhaps reduced rates of XMRV infection in the UK, maybe some blood storage issues and a much more difficult to find than expected virus equal zero findings in two 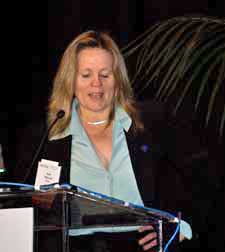 UK studies? With true replication studies purportedly on the horizon we’ll know in the not too distant future.

At the end they stated the only reliable to find XMRV in CFS is to use their approach and basically that no-one’s going to find it until they start using their techniques.