Anyone else been poisoned along the way? Jody Smith tells part of her horror story … 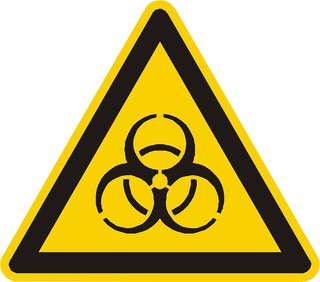 Looking at my symptoms, many of which are far less these days and some are gone, it would be easy to figure that I’d just been dealing with some heavy-duty menopausal issues.

The sleep abnormalities, the brain fog, digestive issues, astonishing weight gain, I was the right age … I fit the menopause profile.

But then I remember some of toxins I’ve been exposed to over the decades, and I realize that whether menopause had anything to do with my becoming so sick for so long, there was more to it than that.

Until fairly recently, I thought of the pain, inflammation, swelling, and subsequent incapacitation that I would experience a few times every year as being separate from ME/CFS.

The first time I had a serious, agonizing bout of roaring inflammation I called it tendinitis. After a few days of searing pain and functional uselessness in my right arm, I wished for amputation.


Instead I got a prescription from my GP for Voltaren (diclofenac). I took this medication for a few days and the pain began to fade. Didn’t disappear, but it became bearable. Couldn’t actually use my arm.

There was weakness and stiffness such that I had to lift my right hand with my left to take a cup out of my kitchen cupboard. I couldn’t pick up any of my small children with my right arm.

I stayed on Voltaren for five months, and then later that year was on it for three more months after a second bout of inflammation.

I did not make a connection at the time with the excruciating pain that had taken up residence in the pit of my stomach. My husband Alan had been injured at work and there were some scary things going on in our lives at the time. I just chalked up how I felt to being anxious.

But this pain never went away over the following 15 years or so. And I suspect that the leaky gut I’ve been healing may have originated from this scenario. I’ve made dietary changes, identified and eliminated foods I can’t tolerate.

Now I know that if I have inflammation, I can generally get relief from castor oil wraps, acupuncture or chiropractic. I take omega-3 oil to lessen my tendency to inflammation, and try to eat a diet that is low in omega-6 fatty acids. I try to respect my body’s limitations and act with ergonomic responsibility. The less I strain it the less it hits me with inflammation.

We had an oil furnace that we realized was emitting fumes into the house. Alan discovered that the combustion chamber was cracked. We quit using the furnace and started using the wood stove in the living room. Later added one to the family room because replacing the furnace was beyond our means at the time.

Realized later that both wood stoves were installed incorrectly and were unsafe. It’s a wonder neither of them burned our house down. They both also burned broken chairs, cardboard, painted wood from old furniture when we couldn’t afford proper firewood.

The crawl space of the house we lived in 25 years ago got flooded. We found out by accident one evening. As the water drained from the tub after one of my kids had their bath, we heard the water …. drop. It wasn’t going through pipes away from the house to wherever the water goes.

The pipes had been disconnected, maybe by an animal that had gotten into the crawl space. And when the water went down the drain, it fell onto the ground under the house.


There was a pool about six inches by the time we discovered this. It explained the tendency to mold in this house which was so much more than anything I’d ever experienced before.

The floor directly above this mess was soft and punky, and one day my mother’s foot went through the floor. She was okay, just shocked. The floor which was a third of the length of our house, now obviously had to be replaced. But that is another story for another day. Or rather, one you really never want to hear.

We also found out that our neighbours had been re-directing water from their yard into ours via a big plastic pipe, so their runoff would have been ending up … under our house. We politely asked him to stop. He did.

Our next house was in much better shape. But the cement basement would flood after very heavy rains. And then it would flood any time it rained. Alan discovered that the storm sewer line was full of debris from a tree right above it. The rain water couldn’t be carried away, it just … overflowed and soaked down the side of our basement walls and floor.

Almost everything stored in our basement has had to be thrown out, but it all sat there for a number of years before any of us were healthy enough to get it done.

Alan found the source of the problem and we no longer have that kind of flooding. But the house had a strong inclination to mold, on the walls and in the basement for a long time.

We had a waterbed which split open and poured water throughout our bedroom 20 years ago. We mopped things up as best we could. Let the carpet dry, we couldn’t afford to replace it. Whatever bacteria was in that water permeated the particle board platform frame and the rug.

We kept the platform and stuck two single mattresses on it, and slept that way for about five years. When we could afford to get a new mattress, we also got an unexpected bonus.

I had been waking each morning with searing sore throat, aching sinuses, headache and earaches. After I’d get up and been awake for an hour or so, these discomforts would gradually decrease till they were — not gone, but bearable.

But the first morning after I slept on the new bed, I noticed that I wasn’t in pain. My breathing wasn’t hampered by stuffed sinuses. The change was that dramatic and that immediate.

I can’t say how much any of these things contributed to my becoming, and staying, sick with ME/CFS. I just know what my experience has been. And the timing of these environmental insults when compared with when my symptoms have waxed and waned is all pretty convincing to me.

Have you gotten poisoned along the way?