Have you had enough of all the neglect and abuse of ME/CFS patients?  Gabby Klein says now is the time for a National PR Campaign for ME/CFS to impress a change. Join the Patient Revolution to restore power to ME patients … 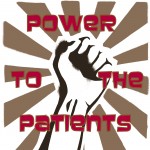 Thirty years of neglect, incompetence and malfeasance by the Department of Human services (HHS) have rendered ME patients angry, frustrated and disgruntled.  They remain invisible, misunderstood and very sick.

Any possible advance in the science of the disease has been squashed by the gross lack of funding by NIH for this severe disabling disease.  In addition, the lack of education of the disease in medical schools has insured the lack of care for patients nationwide.

Most importantly, we are not any closer to finding a possible treatment or cure to help the one million patients in the United States.

Grassroots efforts by active, courageous patient advocates have been well appreciated but have not been able to gather the mass effort that is needed to fight for real change.


Unlike the demonstrations of, “Act Up” for AIDS patients or “Occupy” against Wall Street, the ME/CFS community is just too severely affected and is unable to garner the strength that is needed to take the steps necessary for such a campaign.

To the rescue comes the organization “MEadvocacy”, which is run by volunteer patient advocates.

It is a project of May12.org, a nonprofit organization. Their mission is to promote and support the advocacy efforts of our expert researchers, clinicians and patient advocates.  Fulfilling the need for a central ME/CFS advocacy organization, the website was launched seven months ago.

Since then, they have rapidly become a community of over 550 members and 4,000 social media contacts, all of whom are interested in taking action on issues facing ME/CFS patients. They have already supported 19 advocate campaigns.  Please see their websites HERE.

ME Advocacy has recently acquired a proposal from an excellent Public Relations firm “Crowds on Demand” to work with our community. The PR firm, with a six month contract, will contact media, arrange interviews on high profile shows (particularly morning shows), organize demonstrations and recruit policy makers to join the fight.

The 30 years of patient neglect and HHS malfeasance

Including but not limited to:

–          Minimal funding by the NIH for research into ME/CFS (less than for male pattern baldness, or $5 per patient per year)

–          Each research project is so small as to render it unimportant. Larger research projects or larger replications of past studies do not get funding. See the story of Dr. Lipkin’s Microbe Discovery Project that was rejected by NIH and is now in the process of being crowd funded by patients and their families. HERE

–          Insistence by the CDC to promote harmful treatments such as CBT and GET on their website which has proven to be harmful to patients, and refusal to change it when urged by CFSAC members, experts, advocates and patients

–          Dismal amount and quality of medical school and doctor education of the disease, thereby withholding expert care from patients

–          HHS’ ill-devised and needless processes, the IOM, P2P and CDC multi-site study, in order to redefine the real serious disease ME/CFS into a functional somatoform entity. The processes are using unsound scientific methods and  committee members who are ignorant of the disease, despite the urging by all stakeholders that these processes are completely flawed and have the potential to harm patients

–          Refusal by the HHs to listen to the ME/CFS stakeholders, experts, advocates and patients who urged HHS  to adopt the Canadian Consensus Criteria( CCC) now

–          Past CDC’s misappropriation of funds meant for ME/CFS research

–          By their refusal to provide the said FOIA documents, the HHS has forced a patient/advocate/attorney at personal financial and health expense to sue HHS/NIH in federal court to obtain the documents.  This lawsuit was won by Jeannette Burmeister – see HERE.

Actions that need to be taken

–          Campaign to inform U.S. public policy-makers in Washington of the state of the neglect and malfeasance toward ME/CFS patients and demand action on our behalf

The proposal from Crowds on Demand

With a strong Public Relations campaign, the fight to stop the unjustified redefinition of ME/CFS is an issue that we believe will resonate well with the American public.

Complete lack of visibility is the major problem the movement is experiencing. Most Americans do not know about these changing definitions because the issue has not been covered by major media outlets or championed by any high-profile policy maker. To be blunt, most Americans don’t know the reality of ME/CFS!

Hiring the innovative PR firm, Crowds on Demand, provides the opportunity to bring concerns about the NIH/CDC redefinitions to the public and get the issue the attention it deserves. The firm is known for an “outside the box” approach that has successfully assisted people and organizations in getting on the map. Unlike many firms, we do more than contact media outlets, we coordinate campaigns from the ground up involving lobbying, demonstrations and media relations.

Crowds on Demand will contact media, arrange for interviews on high-profile shows (particularly morning shows), organize demonstrations and recruit policy makers to join the fight. Moreover, we will assist in the fundraising process by helping to make strategic partnerships with influential organizations and donors.

We have agreed to work for a heavily discounted rate of $4400 per month including all of these services because we believe in the cause (normally we would charge approximately $10,000 per month for such a campaign). Furthermore, we promise results within six months and promise a 50 percent refund if the organization is not satisfied.

A PR campaign with Crowds on Demand will get the cause on the radar and help the organization raise substantial funds from a donor network. We have excelled in the past working to bring attention to non-profits. For example, Crowds on Demand has worked with a relatively unknown charity in Los Angeles that worked on homeless mental health issues. It was originally unable to fundraise much or get attention. Through its campaign with us, they substantially increased fundraising and got attention in the media.

We want to bring our success to fighting the HHS’s ludicrous redefinition campaigns and getting the CCC universally adopted.

If you agree that the time has come for a “revolution” and you would like to take part in this historical event for ME/CFS, please take time to donate HERE.