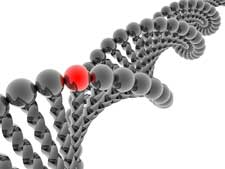 The ‘wastebasket diagnosis’ hypothesis has bedeviled the chronic fatigue syndrome field for years.  That hypothesis subscribes to the idea that ME/CFS  is simply a dumping ground for physicians who don’t know what else to do with their ‘problem’  patients.  To some degree that’s true – it’s clear that inexperienced and knowledgeable physicians do tend to dump patients into the CFS category.

But does that mean that ME/CFS specialists are doing the same? That they’re not plucking out a group of people with a distinct disorder? Does this mean that hidden within the masses of misdiagnosed ‘CFS’ patients a real ‘CFS’ or ‘ME/CFS’ disorder isn’t present? Not necessarily, and this paper, like a breath of fresh air, threatens to explode the ‘wastebasket diagnosis’ myth. It indicates that when good ME/CFS practitioners are at work they’re picking out  something real; something that has a strong genetic background. 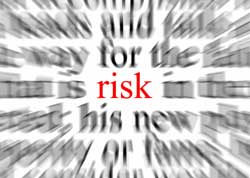 Degrees of Genetic Risk – There’s degrees of ‘geneticness’ in illness.  Single genetic mutations cause the most genetically derived disorders (sickle cell anemia, juvenile diabetes, etc.). The next tier of genetic risk belongs to disorders influenced by a variety of genes such as autoimmune disorders and prostate cancer. Fibromyalgia is in this category but according to Dr. Clauw an unusually strong genetic component places it at the top of the list.  Only time will tell where CFS is but based on this study it may be up there as well.

(A Genetic Puppet Master? One intriguing aspect of the genetics of autoimmune disorders is how similar genetic abnormalities seem to predispose family members to different autoimmune disorders. For instance, a grandmother could have lupus, her daughter Type I diabetes and her daughter’s cousin rheumatoid arthritis.  (My mother had Sjogren’s Syndrome.  Could she have passed down a genetic risk factor for ME/CFS? )


Strong Study – Put together the superb hereditary databases in Utah with one of our best diagnosticians (Dr. Lucinda Bateman) a hot genetics researcher  plus the Lights and you have a very strong study.  (Dr. Cannon-Albright’s strong credentials made her inclusion gratifying.  Dr. Cannon-Albright co-discovered the BRCA gene for breast cancer, and with over 120 papers published she’s working on a slew of conditions including prostate cancer, melanoma, endometrial cancer, lumbar disc disease, coronary artery disease, etc. and now ME’/CFS.)

One the co-authors of the study, Dr. Alan Light talked about the study. In the interview he described a rather agonizing process of attempting (and often failing) to get funding, but hopefully this paper will clear the way for more; the  team is clearly itching to do multiple projects on this subject. 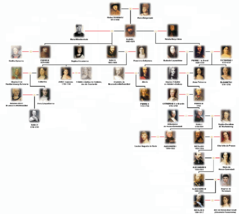 These are at least as strong as those for prostate cancer and diabetes.  From this data, it is possible that some cases of CFS may be caused by a gene mutation, not just that the gene increases the likelihood.

(From Wastebasket Disorder to Genetic Disorder?- The idea that  ‘in some cases’  ME/CFS could be entirely determined by a gene mutation is startling and quite promising because single gene mutations have the benefit of being potentially targetable by drugs ways that multiple gene mutations are not.  This strong statement by Dr. Light underlined how big of a role genetics could play when all is said and done.)

When you say ‘we propose a study of those pedigrees to find genes predisposing to CFS” what kind of genetic study would you do? Would this consist of looking for common gene polymorphism in these families? How many genes would you look at? Are you/have you applied for funding?

Yes we have applied for funding several times.  So far, no luck.  We got some money from the Library of Congress to go further, but not enough to even look at the genes we have found to be dysregulated in our CFS patients (see the expression paper).  The best would be to do a genome wide scan to look at all coding genes and non-coding RNA in those affected with CFS in the families and compare it with genome wide scans that are not affected with CFS. Lisa has applied for some funding recently, and we always hope we can get it.

The findings suggest that CFS patients could have a ‘heritable predisposition to viral infection”. Ultimately, if you can find genetic risk factors for CFS would you attempt to associate them with specific immune (say NK cell functioning) abnormalities and/or infections (EBV, HHV6) patients have?

Yes.  We are attempting to get funds for this now, in several ways.  Ila Singh our viral expert has formed a collaboration (outside of Utah) that will help this get going soon.  This is also a part of an application I am working on right now.

Dr. Schadt’s belief that the ‘complex networks of interactions’ that underlie chronic illnesses are understood best using computer modeling, seems to broadly echo Dr.  Brodericks approach to ME/CFS. Like many in the biological data mining field Shadt has a strong mathematical background with a Ph.d in bio-mathematics. With over 100 million dollars in funding expected over the next five years the genetics institute Dr. Schadt is leading at Mt. Sinai is primed to make a difference.  )

When it goes beyond families living close together, it suggests a genetic, rather than environmental risk factor or cause.  This could mean a genetic polymorphism is responsible for increasing risk of CFS, or for actually causing it in at least a small subset of patients with CFS.  This is the case, for example, with something less than 1% of patients with Alzheimer’s disease.  They have a mutation in the gene for amyloid beta that causes AD in them.

How about other disorders? Are you planning to look at other types of illnesses in those families?

We have planned to look at several disorders that are co-morbid with CFS, but the diagnostic coding is not as good for many of these, which limits us quite a bit.

This statement “The results strongly support a genetic   predisposition to CFS as it is currently defined and diagnosed by clinicians in Utah.” – this suggests that the results in Utah might not apply to studies done in other areas simply because the diagnostic expertise in CFS differs dramatically across  the country making it just what “CFS” means in different areas. Is that correct?

This is a possibility.  We had to limit our conclusions because our data base is the Utah population data base, which is limited to Utah.  On the other hand, it is the best and largest data base of its kind in the US.  Lisa Cannon-Albright (one of the authors on the paper) was one of the co-discoverers of BRCA, the breast cancer gene using this data base.

Do you have any information on rates of CFS in non-related family members?

Lisa should be able to calculate those rates by subtraction.  Of course it all relies on CFS having been diagnosed, so if a member of the family had CFS, and never saw a physician, they would not be in the data base as having CFS.  I don’t think this would be a big problem, though.

Please invest in Phoenix Rising’s commitment to rigorous reporting and innovative web solutions that better  the lives of people with ME/CFS.

My associations with Cort Johnson and Phoenix Rising have all been productive and positive.  I admire his straightforward but engaging journalistic reporting of complex situations regarding CFS issues.   I hope the CFS community will donate to Phoenix rising, and to all other worthy CFS non-profits.

Many Corporations give matching donations to certified non-profits. A matching corporate donation was very helpful to us last year (and we know there are more out there ). Don’t know if your company provides this service? Just ask us! We’ll let you know.  (phoenixcfs@gmail.com)

Phoenix Rising is a certified 501 (3) c non-profit organization in the U.S. Your donations are deductible to the full extent of the law.