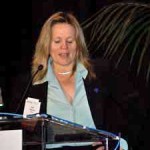 (My apologies! (Another CFS moment…) The last blog contained a draft on the first story – not the completed version.  Thanks for your patience….)

When it rains it pours. Events regarding XMRV, Dr. Mikovits and the WPI have come hot and heavy during the last week.

Several weeks later, however, Max Pfost, a graduate student working at the WPI, said in an affidavit, that shortly after her termination Dr. Mikovits asked him to remove the laboratory notebooks and patient samples from the WPI.  According to a member of the legal team representing the WPI, Pfost swept the cupboards bare, taking every notebook present including the work of other researchers.  A silver research laptop was also taken. Pfost stated that he later transferred the notebooks to Dr. Mikovits.

WPI  Attorney Ann Hall stated that the materials Dr. Mikovits took were ‘irreplaceable’ and ‘critical to ongoing research and ongoing patient care’ and that six notebooks had not been returned. (A silver laptop was returned – empty of data. An affidavit from a computer expert indicated that all the files on the computer had been deleted.)

WPI Wins Civil Lawsuit and Dr. Mikovits Makes Waves– Last week the WPI won its civil lawsuit against Dr. Mikovits charging  her with ‘breach of contract”, “misappropriation of trade secrets” and others.

Dr. Mikovits made waves in the research community when she accused other researchers of not wanting to find the virus, by reporting publicly on findings that had not been published and by saying that politics were interfering with the XMRV finding being validated and she apparently made some waves again in the courtroom.

A Striking Moment – Motions to strike a defense are made when the plaintiff (WPI) believes the testimony is irrelevant, immaterial, etc  and Judges strike a defendant’s ‘reply’ when the judge feels the defendant had not made a real defense.  That was apparently what happened here. Usually judges reply to a defendants argument in a methodical fashion – explaining the reasoning for their findings in a step by step manner. This judge, however, apparently found nothing meaningful to respond to in Dr. Mikovits defense and simply laid down his finding – that the WPI prevailed on all counts – without noting her defense. This rarely happens, in fact, according to the Cohen article, the Judge emphasized that in over 22 years on the bench he had never had to take this action before.  The Judge also stated that Dr. Mikovits had ‘flouted’ his instructions to return the materials.

The winning of the civil case means that Dr. Mikovits is liable for the attorney fees the WPI has incurred thus far and opens the way for criminal charges of theft and possession of stolen property and cash awards against Dr. Mikovits.  Dr. Mikovits attorney, Scott Freeman, continued his own set of striking comments by stating that the ruling against Dr. Mikovits was ‘wonderful’ and was mostly due to his failing to meet deadlines. stated Dr. Mikovits was innocent because the materials taken belonged to her.

The next arraignment for Dr. Mikovits is January 10th, 2012. 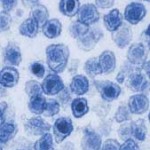 Meanwhile the Science Journal closed its book on the XMRV finding it published to much acclaim a bit over two years ago when they made what Jon Cohen of ScienceMag reported was a ‘rare’ editorial retraction of the original XMRV study. Usually retractions come from the researchers themselves but with the authors of the original study unable to come to agreement on a full retraction, Science took the step of doing it themselves and retracted all the findings.

The inclusion of the study in Science – the most read scientific journal in the world – helped the finding gain so much traction. In the end, Editor in Chief Alberts regretted the decision to publish the paper, and the many resources that were used to try and validate the findings.  “We regret the time and resources that the scientific community has devoted to unsuccessful attempts to replicate these results.”

Alberts used unusually strong language to describe his dismay at the way the original finding eventually turned out, at one point stating the Science editors ‘had been ‘spun’ by the authors too many times for too long” and calling XMRV ultimately a ‘fruitless endeavor’. 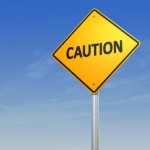 The Blood Working Group study finding was the final straw for the Journal. Both the WPI and Ruscetti labs detected more XMRV in healthy controls than patients and their findings didn’t agree with each other even though both used similar tests. None of the other seven labs found a trace of the virus in the study.


“The blood group study to me was dramatic evidence of poor science,” says Alberts. “It gave us absolutely no confidence in the ability of the major labs involved to do the assays. I find that enormously disturbing.”

Science pushed for a full retraction after the September BWG study. Cohen reported that Ruscetti attempted to get a unanimous retraction but Dr. Mikovits and two of her lab assistant co-authors refused to sign it.

“We tried to get all of the authors to agree, but it got endless…The responsibility that Science magazine has to the scientific community is to make a strong statement that we don’t think anything in that paper can be relied on.”

For her part Dr. Mikovits felt it was premature to sign a retraction before the Lipkin study is finished, which she expects to finish up in two months.  Lipkin, however, stated that fewer than half the samples were ready to send out to the investigators.

Several prominent retrovirologists including Dr. Robert Gallo and Dr. Jay Levy have decried the amount of money spent on XMRV, and now Alberts joined them -stating that he felt further study was a waste of money and suggested, at the least, scaling it back.

“It’s over. They can’t do the assays, so what’s the point? Why should that give any different result than the blood group study….I think they should cancel that study….It seems like an incredible waste.”

Lipkin held out the possibility that Dr. Mikovits was able to find other retroviruses that other labs were not able to find.

Mikovits Back to Work on ‘XMRV’; Partners with Ruscetti to Work on Lipkin Study

Dr. Mikovits legal troubles continue but she’s back at work on ‘XMRV’.  On December 15th Nature News reported Dr. Mikovits and Dr. Ruscetti will finish the 2.3 million dollar Lipkin XMRV study funded by the NAIAD.  Researchers at the NIH, the FDA and Dr. Mikovits and Dr. Ruscetti will make up the three arms of the study.  The study was originally slated to end at the end of this year but Lipkin reported that only about half the samples are ready to send to the researchers.

Lipkin stated he was convinced the original XMRV findings were due to contamination but held out the possibility that Dr. Mikovits was finding other related viruses that no one else has been able to detect.

In CFS A Novel blog https://www.cfsnovel.com/blog/?p=409. Caroline Anderson reported  that in a telephone interview Dr. Lipkin stated he had worked hard to keep Dr. Mikovits and Dr. Ruscetti on board his pathogen studies.

“I have gone to great lengths to make sure they remain involved,”  Lipkin said in a telephone interview.

Dr. Paul Cheney has said Next Generation Sequencing is the “best way forward to a consensus as to the question of association of CFS with XMRV/HGRV.”