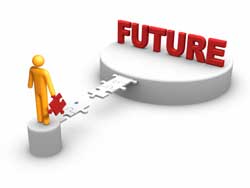 The New York Times lead article today “Sharing of Data Leads to Progress on Alzheimer’s”. described how a bold new type of research effort paid off big time in Alzheimer’s. All it took to succeed was for researchers to make a commitment to work together, share and collaborate…. nothing much really – just a commitment to engage in a results oriented (rather than a career oriented) process that required they toss aside the rules they usually operate under.

In an effort the New York Times called without ‘precedent’ and Dr. Trojanowski, a Univ. of Penn. Alzheimers researcher called ‘unbelievable’, the NIH, FDA, Pharmaceutical, University and non-profit groups worked together to find a biomarker for Alzheimer’s. They did it by sharing every bit of data they had…there would be no big patent payoffs here, no hiding data while one scrabbled after a Nobel or Lasker, no attempt to rack up publications …just a community wide effort to figure out what the heck is going on Alzheimer’s.

The result? An achievement that no one thought was possible 10 years ago – a biomarker that can identify people who will come down with Alzheimer’s years beforethey begin to show signs of it. The payoff for those people? Over 100 drugs in drug trials – all prompted by the discovery of a biomarker that gave drug companies their first clear shot at this disease. Given that its wasn’t surprising that the Michael J. Fox Foundation for Parkinson’s Disease immediately jumped on the collaborative bandwagon and began a similar effort. (In truth they had been requiring in house collaboration with their research teams before). 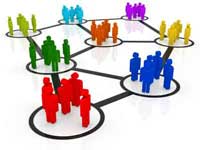 Could it Happen Here? The most exciting thing about the story was that it could happen again, right here – in little old ME/CFS. Yes, the scale is much smaller but the guidelines underpining this effort and the CFIDS Association Research Network are eerily similar. It turns out that the some of the same problems that plague CFS research – diagnosis, cohort problems, test standardization – plague other research efforts as well.

Collaboration may go against the grain in most research groups but the six research groups funded by the CAA are already intensely sharing their data and their insights….to inform, change and mold each other’s efforts – before they go to publication. Indeed in complex diseases like ME/CFS Dr. Vernon thinks collaboration is essential:


Currently there are CFS investigators throughout the US – many working autonomously or in small collaborative groups. What we have found is that some investigators have promising laboratory techniques and biomarkers for CFS, but no clinical samples to test these on. Further, there are clinical researchers with great medical records and samples but without the time and expertise for laboratory research.This research network brings these types of investigators and resources together and collaborations almost naturally occur.

Bringing the right people together – isn’t that how big problems get solved? The researcher with the groundbreaking idea but no idea how to prove it. The study design expert who knows how to mold that idea into a study. The physician who knows what the patients are like on the ground and can provide both them and his/her insights. (Think of the Bateman/Light/Singh collaboration on XMRV)

Diagnostic Problems? Those definition and diagnostic problems in ME/CFS? Well, we’re not alone.. with no biomarker, it turns out that researchers had trouble figuring out how to diagnose people with Alzheimer’s as well. In fact, the huge and varied Alzheimer’s population made the task of finding good diagnostic tools extremely complex. That problem however, was the key to this effort because it gave one man a revelation of what needed to be done. That lead to the recognition amongst everybody, even the drug companies, that they “were better off working together than individually,”

That Crazy Research Community – It wasn’t just the patients – the researchers with their hodgepodge collection of testing procedures and research protocols added to the confusion (and stagnation) by making it difficult to compare one researchers results to the other. Clearly some sort of oversight and standardized protocol was needed.

Such has been the story in CFS as well. Ever get a tilt test done? Chances are you had a different kind of tilt test done than the next ME/CFS patient. How about a cortisol test? Ditto. Let’s not even get into the pathogens. Here’s Suzanne Vernon on how the Research Network proposes to create a standard research protocol for CFS.

Networks Everywhere – It doesn’t just take a research network, though….it takes a physician network as well and with prominent physicians sending samples to the 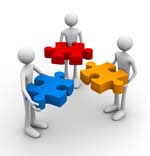 CFIDS Association BioBank that critical part of the community is hooked in.

But it doesn’t just take a research-physician collaboration either; this is a community -right? it takes the patients as well and with the BioBank now open to all ME/CFS patients the potential is there for sample and data and idea sharing on a neverbefore envisioned scale.

Breaking Down One Culture and Creating a New One – In order for the Alzheimer’s groups to work together they had to set aside old tiffs and get beyond old rivalries and belief systems. Enrolling in Dr. Parker’s vision was the key that unlocked the possibility of their working together successfully.

“Maybe this was important enough to get people to work together and coordinate in a way that hadn’t been possible before.”

Change is Difficult – it’s inherently risky to shed old belief systems and step into the uncharted territory of a new vision. Even if our belief systems are not producing results we still feel safe in them; we know them, they justify us – we often chart ourselves by what we believe – that’s who we are. They are, however, inherently limiting – they don’t provide room for new possibilities to show up.

“Companies were caught in a prisoner’s dilemma,” said Dr. Jason Karlawish, an Alzheimer’s researcher at the University of Pennsylvania. “They all wanted to move the field forward, but no one wanted to take the risks of doing it.”

How do groups change belief systems? Recognize that all beliefs are interpretations – none of which is completely accurate, take responsibility for mistakes made in the past, forgive those who need to be forgiven and then commit together to a new possibility.

Breakthrough – Once these groups got caught up in a vision of what was possible it was just a matter of creating a structure for success (data sharing, standardized testing, etc). Then they were able to move mountains.


Researchers and physicians and patients working together…. coming up with ideas….testing them (on good blood samples – we know all about that now) using standard techniques….testing the result in the crucible of the scientific process until hard, irreducible elements remain….they call those biomarkers….those 100 Alzheimers drugs under review – it could happen here too…….