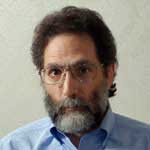 The XMRV webinar on Blood Safety did not sound particularly enthralling but it turned out to be one of the better XMRV webinars/eminars/talks. Dr. Katz is a good speaker with a nice touch of humor but there was more to it than that. Dr. Katz, it turns out, has been treating CFS patients in his practice for several decades; he knows what CFS is like and he clearly empathizes with the people who have it.

Indeed, ME/CFS been his plight to some extent as well as he noted how frustratingly complicated the disease has been for him as a practitioner. No disorder, he said, has been more difficult for him to understand than ME/CFS. Stating that the more names a disease has (and he rattled them off, including myalgic encephalomyelitis) the more confusing it is, he then launched into a plethora of suggested causes for ME/CFS – its a confusing situation for everyone.

The Central Issue – The central issue in ME/CFS he declared, is whether it’s composed of many subsets each representing discrete pathologies or if it refers to a debilitating condition caused by a general response to a variety of negative stimuli. Citing and even posting an image of Dr. Kerr’s gene expression study (this was not your typical Blood Safety Official!), which had uncovered a variety of potential subsets (autoimmune, cancer, viral, etc.), he voted in favor of the first. He believes that eventually CFS will be broken down into a number of different groups each of which will have completely different origins, diagnoses and treatments. (The community will be broken up, sniff, sniff:tear: – but we will all be healthier :Retro cool:). For a nice look at the heterogeneity in CFS check out Dr. Bateman’s intriguing take on subsets in the first XMRV webinar)

Blood Community Takes Note – the blood community in the US immediately took note when 3.7% of healthy controls in the Science paper were found to have XMRV. He noted that meant that a large number of people every year (@100,000?) could be providing blood that contained a transmissible pathogen.


The Elephant in the Room – while trying to describe the blood community’s difficulty in interpreting what were two essentially contradictory sets of data (WPI study and the following 4 studies) he referred to the ‘The Elephant in the Room’, the Alter study, which he believes will be out imminently (tomorrow?), and which he suspects, but does not know, will be positive. He described the investigators in nothing but laudatory terms, stating they were very well established, and, in fact, if I got it right, that some had played a pivotal role in some blood issues in the US.

Confounding Factors – He ticked through all the possible confounding factors; we’ve heard them all before (cohorts, geographic variation, strain variation, methods etc.) and felt that it might be all of these working together in cahoots with some mischevious gremlins or ‘Dybukks’ as he called them, that were temporarily gumming up the works.

THE BIG STUDY – it became clear as he went through his talk that the National Heart Lung and Blood Institute (NHLBI) is ground-zero for specialized blood testing in the US. The pathogen tests done on the blood supply are apparently magnitudes more sensitive than the tests doctors or even researchers use. When asked how long it will take for them to come up with their test for the blood supply, he said it took them a year working on their version of the Manhattan project to come up a good test for the West Nile Virus. Nothing like that will happen for XMRV but he thought the research community would come up with a good clinical test within 12 months (12 months?)

He reported that Phase I of the NHLBI’s XMRV study – to develop good assays for XMRV – is ‘well underway’. (If ‘well underway’ takes nine months to accomplish does ‘completion’ take what? – 15? This is taking quite a bit longer than Dr. Coffin suggested six months ago). Interestingly, even though two of the labs have published contradictory papers, he stated that the labs involved (CDC, BSRI, FDA, WPI… ) were equally adept at finding XMRV in whole blood and plasma, which is a little hard to figure out.

The Transmission Question – he said he doesn’t have a clue how XMRV is transmitted. He did note that one primate study found that XMRV rapidly spread through the body of primates infecting a variety of tissues after it was transfused into them. This, of course, suggests that XMRV, like HIV, is transfusible.

The illness and death that visited the hemophiliac community (and Arthur Ashe) , of course, quickly made it clear that HIV was in the blood supply. There’s never been any indication, on the other hand, that the hemophiliac community suffers from high rates of ME/CFS or that transfusion is a common factor in ME/CFS although it seems very unlikely that any studies have been done.

Kim McCleary closed the webinar stating much more is in store with the Sept XMRV workshop feature 20 data presentations. The next couple of webinars will be on disability (in three days), orthostatic intolerance and CFS and the Viral Connection.

(Looking Back at the HIV Outbreak – I took a look back at the first paper published on AIDS in this country. The 1982 CDC paper reported that the incidence of the disease had doubled every six months and that 41% of the reported cases had died (!). That figure leapt up to 60% if you’d had the disease for over a year. 80% of those were homosexual or bisexual men and they were concentrated in 6 major metropolitan areas. A Haitian connection was already clear (the first cases came from Haiti). The infectious nature of the disease was clear from the get-go.

Even with the extremely high mortality rate it took a while for the scientific community to respond. That community is much larger and more sophisticated now but the response to XMRV in CFS, a usually non-fatal disorder – has been vastly larger that AIDS initially received. One paper was published on AIDS in 1982 and 11 in 1983 while over 35 papers have been published on XMRV eight months into the year. )

(An Infectious Disorder? While ME/CFS is often triggered by different types of infections it has not typically been thought of as being infectious itself; ie that people with CFS are spreading it in the population. Indeed, before XMRV showed up the ‘one pathogen’ theory of CFS was essentially dead. Yet if XMRV is a major factor in ME/CFS there will have to be some sort of infectious component to it; ie it (or another XMRV caused disorder) should run in the families and close partners of those who have it).


A Lenny Jason paper suggested that rates of ME/CFS were somewhat increased in families but another paper found no difference. A poll on the Phoenix Rising Forums, as unscientific as it is, on the other hand, suggests that quite a high percentage of people on the Forums have relatives who have either been diagnosed with ME/CFS or have a mysterious fatiguing disorder. If XMRV is linked to autism, FM, atypical multiple sclerosis or other disorders, that, of course, would open up the infectious aspect considerably. As with virtually every subject on this disorder this subject needs more research – no news there :).)