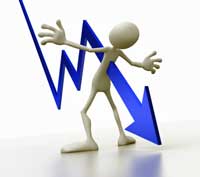 Here are ten things that are often misunderstood about the “fatigue” of Chronic Fatigue Syndrome.

Tired is a sweet curled-up kitten by the fireplace. CFS “fatigue” is a juggernaut dragging me in a free-fall through empty space, while everything I love goes to smash.

2. This Fatigue is not the same as lack of energy.
When CFS “fatigue” hits, it can leave me unable to get up off my face. I may not be able to stand up for more than a minute or two before feeling like I’ll fall down.

Then it’s time to find a flat surface like a bed and become limp while trying to get enough air, and maybe make the shaking stop.


3. This Fatigue is not the same as sleepy.
For years, when I was my sickest, I never got sleepy though I had to sleep most of the day. Instead, I knew it was time to go to bed because I was vibrating.

My face was numb. My hands and fingers were too clunky to operate. My arms, hands and face tingled and burned. I couldn’t fathom what anyone said, and couldn’t think a thought to completion.

4. This Fatigue is not the same as depressed.
When I was very ill, I spent far more time angry and frustrated than I ever did depressed. Because I WANTED to do things. I wanted to see people and be involved in life outside my bedroom.

But I couldn’t. Because CFS “fatigue” had stolen my ability to move, think, and communicate.

5. This Fatigue is not the same as exhausted.
We’re going way beyond the normal experience of exhaustion here. CFS “fatigue” makes breathing a full-time job. It causes me to gasp for air, and it leaves me unable to lift my head. My strength is liquefied.

6. This Fatigue is not the same as lethargic.
Lethargy implies disinterest. But we have a powerful desire for life, we just have no ability — physically or mentally — to do anything about it.

Picture us in a body cast, and maybe you’ll get the idea.

7. This Fatigue is not the same as unmotivated.
See, it’s not the desire that’s missing, it’s the ability to make our bodies do our bidding. Our brains may be too dysfunctional to even be able to think about what we want but at all times we do know that we want — OUT!!!

8. This Fatigue is not the same as … fatigued.
CFS “fatigue” is a multi-system breakdown, affecting the nervous system, the endocrine system, the immune system, the digestive system and the cardiovascular system. There are more but that sentence is already too long, and I’m sure I’m losing people.

Suffice it to say, systems are not working right, and they are bumping into other systems that normally they should flow seamlessly with.

9. This Fatigue does not pass after a few days’ rest.
Think back to the last time you were recuperating from a severe case of the flu. Now, try to imagine that lingering sickness, that time of no-life, stretching from a few weeks to months. And then, to years.

10. This Fatigue is the stuff of night terrors where you’re trying to wake up and save yourself, but you can’t.
This is no well-mannered “fatigue”. The relentless force in this waking nightmare is destroying everything you hold dear, and all you can do is lie helplessly watching as your life shrinks. And maybe disappears altogether.