Jody Smith may have dodged a holiday bullet this year. She’s hoping. Only time will tell. How did you fare? 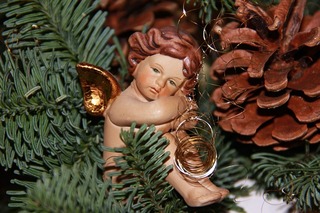 How have you survived the holiday season? I’ve been thinking of you in the Phoenix Rising community all week. I wanted to write something before Christmas but … I thought I was in for a crash, as old symptoms started reappearing in mid-December.

I had been doing really well for some months — hadn’t needed my naturopath since August — and then I guess it was the creeping nearer of Christmas that was the final straw.

I started having trouble finding my thoughts, and when I could find them, finishing them. The vibrating sensation that for years was ever-present, has been mostly gone for a long time. But it began again two weeks ago. My face would go numb. My fingers became clunky and would not do my bidding.

And the tiredness that I still feel much of the time had escalated into fatigue and graduated as exhaustion once more. This was pretty scary. I never know if a setback will be temporary or whether they are moving back in to stay. I know you know what I’m talking about.


It had been so long since I’d had to really micromanage symptoms that at first I couldn’t remember how to do it. I could hardly remember anything those couple of weeks, so why would I be able to recall that, right?

But it came back to me. Some of the small actions (and inactions) taken frequently resurfaced in my shaky brain and I began to recreate the new old habit of going to bed in the afternoon whether I wanted to or not. I’d start out with a book and often end up falling asleep over its pages. So much the better.

I work online, and often spend many hours in front of my computer without a problem. But now, I was needing to get away from it. I’d take a break after an hour or two. Initially it was after two hours when my cognition was fading, my face was tingling and my hands were vibrating.

Oops, left that too long.

What worked best was to take a break after an hour, for about half an hour. Not that I had the proper sense and self-discipline to do that a lot of the time. I never had liked going through that routine but at one time it was my way of life. Now I was out of practice, and still willfully did not want to comply.

But when the body says, It’s that or fall down for weeks or months … compliance is in order.

The first day it didn’t seem to do much. It took the edge off the impending disintegration. I didn’t feel better but I did feel … not quite so awful.

After three or four days though, I started the day feeling a bit more normal, a bit less seasick, and didn’t start to melt quite so quickly, easily or intensely. So, good. Keep doing this. It had been a discarded routine for a few years but still an oldie and a goodie that was once again thankfully doing the trick.

We’re big on Christmas at our house. We have streamlined over the years due to sickness, and also in part due to the fact that our children are not little anymore.

We had Christmas Day amongst the three of us, me and my husband Alan and our son Jesse who also has ME/CFS. We had a simple breakfast, opened a few gifts and had a relatively quiet day.

This year we skyped with our daughter Sarah, her husband Jordan and baby Piper, who are in Manitoba, a province away. It was my first Skype. Jesse has done it before and he guided us through it. It was great fun.

On Boxing Day our local kids, Rachel and Todd, and Duncan and Kelly, came for dinner and gifts. We ordered pizza and used paper plates which made for a very easy night. We draw names so each of us is only giving to one person, which also simplifies things considerably.


That evening we opened gifts, and talked and laughed, took photos to put online for our family members who live far away … and said goodnight to our guests at 9 p.m.

The three of us sat together for another hour or so, the guys doing games online and I quietly knitted while we had something on TV in the background.

It was great. Great, because we’d spent time with people we love. And great because we have long ago accepted that less is more, and not becoming fried is better than trying to do more than we are able.

I hope that you had some pleasure and haven’t hurt yourself in the process. If it wasn’t any good, at least it is done for another year.

How did it all go for you?