Graham McPhee spells out some of the cold, hard facts about the dismal state of ME research and politics, and has some suggestions as to what we can do about it …

The new video from ME Analysis highlights the shocking lack of funding for biomedical research into ME: less than £2 million in over 25 years.

(If you don’t see the video watch it  here.)

I think there are two things that all of us with ME can agree upon. The first is that too little money has been spent on biomedical research into ME, and the second is that the psychological interpretation of the illness has been allowed to have too much influence. You may phrase it much more strongly than that, of course! 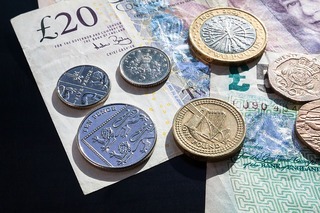 In the UK, looking back from the ’80s to today, the total amount of government money spent on biomedical research into ME is approximately £2 million. Contrast this with the amount spent on research into HIV/AIDS, which was £9 million in 2011 alone. Remember that we also have to add all the millions spent by the big pharmaceutical companies to that.

Do not think for one minute that I am complaining about the research into HIV/AIDS, or any other well-funded areas such as cancer or heart disease; I am simply expressing my frustration that ME has not been given even a small fraction of that funding.


For ME, all we have extra is the relatively small amounts that our own charities have been able to raise from patients who are often struggling to make ends meet. £2 million official funding over 25 or more years! It is a disgrace.

Let’s face it, if funding for research into ME had matched the money available to HIV/AIDS, we would be in a very different position today. When we see the amounts of money that governments are able to write off, and we watch our child, partner, parent, friend, or even ourselves struggle desperately with an illness that often still isn’t properly recognised, frustration and anger are words that do not even begin to measure the depth of our feelings.

Back in 2003, the Medical Research Council (the MRC) set up a Research Advisory Group for ME/CFS. By 2006 they invited Action for ME to a workshop. In 2008 they set up the CFS/ME Expert Group.

But it was only when Jan and Margaret Laverick lobbied for an Early Day Motion in Parliament demanding an independent scientific committee to oversee ME research that the MRC, in 2011, acting on the advice of the Expert Group, announced £1.6 million was available for biomedical research, and in 2012 funded five small studies.

In 2013, Stephen Holgate set up the CFS/ME Research Collaborative (the CMRC) to increase the scale and quality of new research, but the MRC has funded no new research through them for last year or this.There are people on the CMRC determined to improve the situation: they want to bring in many more researchers, to stimulate additional funding from other sources and to raise the quality of the science, and much of the ME community are hoping that they will succeed.

But they have to overcome the long-established precedence of the small psychiatric group that has dominated the established attitude to this illness, and to persuade the MRC to change its attitude of failing to fund research into it.

Obviously there will be some: any major chronic or serious condition has psychological overtones, but 80%? That is a ridiculous ratio, and so frustrating to us patients: that poor-quality psychological research is used to determine our treatment options, without being tested and counterbalanced by sound biomedical research.

The MRC has problems in attracting enough good researchers to apply for grants to study ME. Is this surprising?

Back in 2000, one highly-respected specialist explained to me that, with the psychological interpretation of ME having a stranglehold on meagre funds, it was impossible to attract good researchers or specialists into the field.

Do not think for one minute that the MRC did not get any applications to fund biomedical research: they did, but chose not to fund any of them.


So, the big question is, if the CMRC initiative leads to new, high quality research proposals, will the MRC back them, or will they just go through the motions as they have so often before? Will they convince researchers that the field has a future? Will they be able to rebalance the direction of funds so that biomedical research is truly supported?

We need substantial and sustained funding. If you were a skilled biomedical researcher, would you choose to specialise in ME if it meant that you had to trust the MRC to fund your future career? There must be clear constraints on the MRC to commit to such research, but equally importantly there has to be at least one other good source of biomedical funding.

Invest in ME has made a good start here with the University of East Anglia, focusing on what is achievable, and emphasising international co-operation. They need official recognition and support. How else will good researchers be encouraged to choose ME over all those other well and multi-funded medical areas such as cancer, heart disease, and dementia unless there is more than just the MRC to turn to?

We cannot just sit back and hope that this will happen.

Those of us who are able to get in touch with our MPs, even if it is a struggle to find the energy, must impress upon them the need for proper, substantial funding for biomedical research into ME.

MPs must ensure that the MRC and NIHR, the government’s other research funding body, puts serious money into ME/CFS research. They must also find ways to give substantial support to the initiative by IiME and the University of East Anglia.

Please contact your MP, by email or face to face. You owe it to those who are severely affected and cannot do so themselves. If we do not do this, no one else will.

You do not need to write a long email. All you need to do is briefly introduce yourself, and say how long you have been ill, add a comment about how frustrated/angry/annoyed you are that after all this time so very little effort has been made by the authorities to research this illness, and that it is time that things changed.

You can include the fact sheet that can be downloaded from this link.

It has been suggested that we should just focus on raising money for research. Well, even if we raise £100,000 a year, it would take us 60 years to raise the £6 million of government money that went to the PACE and FINE trials.

Please let me know when you do write, and I will report back.

We are not going to get perfection, but we must at least get the ball rolling. It won’t be easy. We do not want to be ill!