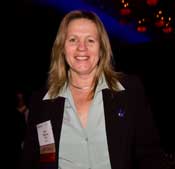 Dr. Mikovits noted that Dr. Sandra Ruscetti has worked on mouse viruses for almost 40 years. After work on HIV halted work on MLV’s and cancer she saved her reagents….. and these were the reagents the WPI used. Dr. Ruscetti came out of retirement to help out with the current research and she’s still there, and, in fact Ruscetti has committed to five more years of work. Dr. Mikovits noted that the mouse retrovirus program at the NCI was undergoing review as she spoke. It was an amazing stroke of luck that Dr. Mikovits just happened to capture a retrovirus type her mentor’s wife had worked on for so many years.

Basics – Dr. Mikovits provided some basics; whatever XMRV is doing that is bad is probably going to be caused by one part of it – the env gene that has been shown to cause neurological problems and cancers in mice. She noted, that, yes, XMRV is very similar to endogenous retroviruses (ie retroviruses embedded in mouse DNA) but it is nonetheless different something that retrovirologist Dusty Miller recently pointed out when he talked about the Hue Retrovirology paper

Quote:
The main problem with Hue et al. is they propose that XMRV is a mouse virus, but I have looked at all of the mouse sequencing data available, and can find no copy of XMRV in the genome of any mouse sequenced to date. That includes the 129×1 strain mentioned in their paper. Sure one can find snippets of DNA that look similar to regions of XMRV, but nothing very extensive.

A Timely Find – The WPI found the gene sequences belonging to XMRV but still needed to grow the virus. Finding a cell line that will grow a virus is often not easy but they got ‘lucky’when it turned out that Dr. Mikovits hunch about a T-cell Lymphoma cell line defective in producing the interferons and that was susceptible to androgens which effect prostate tissues). Luckily she guessed right – it’s not always easy to find the right cell line – and the WPI was off and growing the virus. This is still the only cell line known that XMRV proliferates in.

Progress in Testing #1 – if I got this right it appeared to me that Dr. Mikovits stated they have made a big step forward in their ability to speed up their tests – an important issue. Not only does this test cut down the assay time now by almost a month but it can also quantify how much virus there is; ie it seems they finally have a way to measure viral load. Not being able to measure viral load has been a sticking point for those who call for treatment trials; most retrovirologists want to be able to measure how effectively anti-retro viral drugs are knocking down the virus – this test appears to give them the ability to do that. 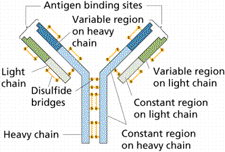 Progress in Testing #2 – Of course, the most important thing to do right now is to actually prove that XMRV is there and this is where the second step forward may have come. Dr. Mikovits stated that Dr. Bagni at the National Cancer Institute has created an XMRV specific antibody test that is able to validate the WPI’s results. Independent lab verification of the WPI’s right now is something of a holy grail. The WPI, by itself, however, cannot convince the research world that XMRV is present – they need other labs to do that. Dr. Mikovits reported that Dr. Bagni was able to correctly identify 34/39 patients from the WPI. This has not been published but if my notes are right it sounds like the trial was blinded . This would be an important finding for the WPI because it could help wash away the contamination question. Of course it would then need to be replicated by other independent labs to be fully verified.

The Disparate Study Results – Dr. Mikovits ran through all the possible reasons for the differing study results; different methods, genetic variability, contamination…and then spent most of her time on two of them; one ‘old’ one which has been mentioned almost from day one – the patient cohort – and a newer one – sample storage.


The HTLV Saga – But first she talked about HTLV – which may be the closest thing in human retroviruses to XMRV. HTLV presents an interesting case of how wacky retrovirus distribution can be. It’s found across the world in about 20 million people but is found in distinct clusters; it’s endemic in southern Japan the Caribbean and parts of South America and Africa but not in the US or Europe. In fact even in individual countries HTLV1 can show distinct clustering that is not well understood. For instance, it’s found in high rates in southern Jap but not in northern Japan and not in Japan’s neighbors such as Korea.

ME/CFS Trivia question – who discovered HTLV1? It was none other than Frank Ruscetti and his coworkers in Dr. Gallo’s lab.

The UK Study – The Patient Cohort AGAIN – – A similar clustering effect could potentially explain some of the negative XMRV study results but the WPI’s UK study (assisted by Invest in ME) suggested this was not the case. The fact that the WPI found high rates of XMRV using nested PCR indicated to Dr. Mikovits that it wasn’t about geography but instead was ‘ all about the patient cohort” – and this was a very ill patient cohort ’ ; Dr. Mikovits reported they were bedridden or housebound necessitating the use of phlebotomists who traveled to the participants homes to collect their blood. Once the collected the blood XMRV was apparently readily picked up by nested PCR (if I understood it correctly) suggesting that in the right patients the pathogen is easily found. This suggested to Dr. Mikovits that finding the right type of patient is very important. Interestingly they did not find the pMLV’s Dr’s Alter/Lo found in their study. 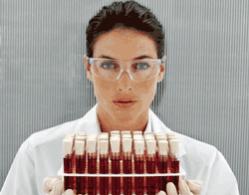 Ruscetti Isolates Virus – Dr. Mikovits reported that Dr. Ruscetti was able to isolate XMRV from Dr. Lo’s samples which suggests that the LNCap cells they are using preferentially grow XMRV and not pMLV’s and that they would need another cell line to grow pMLV’s in.