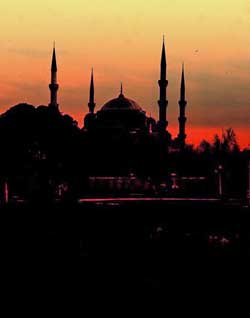 Veronica Di Grigoli’s (Athene on the Forums) first novel, ‘Evil Eye’, just debuted on Amazon.com in the US after getting excellent reviews in the UK. Part detective story, part character study – think Amy Tan and Jane Austin looking for clues to a child’s mysterious disappearance in Istanbul – it looks like an intriguing take on the fascinating part of the world.

Anyone with ME/CFS who publishes a book is a cause for celebration. I asked Veronica about CFS and her novel.

How long have you had ME/CFS?

I was born and grew up in London. I first got ill with CFS when I was sixteen years old. That was 26 years ago and nowadays I cannot really remember what it is like to be healthy. I associate a lack of pain and taking physical energy for granted with childhood, like believing in Father Christmas.

I have a wonderful family who believed unshakingly that my illness was real, physical and devastating, and who cared for me in the most imaginative and loving way possible. This support helped me go into remission several times and maintain a good level of functionality. I managed to go to Cambridge University and get a degree in Classics, with only one year out for a bad relapse. I have been well enough to do a full time job for almost half the time I have had this illness.

How was it writing a book with it?

Writing my novel was a different mental activity from anything we normally do as adults. I was not taking things in, I was bringing them out, delving into my memories and embellishing them with my imagination. I found this often cleared my mind, instead of bringing down the dreaded brain fog.


While incapacitated by illness, it was exhilarating and confidence-building to realise that, the more I focussed on a specific period of my life, the more sharply I could recall it. I even started remembering how to speak Turkish again. Above all, I remembered the person I really am. 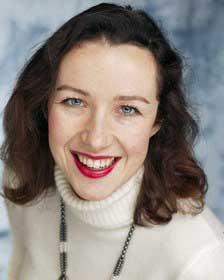 I constructed the plot of the novel on a single piece of paper in a blinding flash of inspiration, and stuck to it religiously. This was essential to avoid getting confused and filling the story with contradictions. Some days I was too ill to write, so I lay down and elaborated scenes in my head. When the comupter screen radiation hurt my eyes too much, I wrote with pen and paper, then typed up later.

I would recommend creative writing for anyone with CFS, particularly if you choose a subject that has nothing to do with the illness, and is all about the real you.

Your novel is set in Istanbul. Do you or did you live in Turkey? In Istanbul?

I lived in Istanbul in Turkey for a year in 1993. I was in such a good remission that I had about 80 percent functionality and I convinced myself I no longer had CFS. I had never been to Turkey, but I thought it sounded highly exotic. I lasted out the year very well but I was relapsing near the end of it, and then I caught cholera so my final homecoming was fairly dramatic.

Nowadays I live with my husband in Palermo, Sicily. It is interesting to compare the places, as both have severe infrastructure problems, a brutal climate and, above all, a raging battle between two cultures. Turkey sprawls across Europe and Asia, and life there is a perpetual struggle to reconcile Christianity and Islam. If ever a solution to the world’s problems since 9-11 is to be found, I believe the Turks can teach us the answer.

Sicily, on the other hand, lies between Europe and Africa. Here, people can never chose between the European expectation that everything should be made to work properly and the African acceptance that nature and corruption are greater forces then we are, so fighting them is a waste of energy.

What stance has the medical profession taken towards chronic fatigue syndrome in Turkey? Are there a there any good doctors? What options are available to people there?

Turkish medical services are chronically overstretched and the state funded medical care cannot stretch to more than supplying a few aspirin, according to the doctors I spoke to. When I was ill I was strongly advised to stay well away from any Turkish hospital, as they warned me I would certainly catch far more serious illnesses than anything I came in with. I have no doubt the situation has improved a great deal since I lived there, but I doubt if a miracle has happened.

A lot of very important and high quality medical research comes out of Turkey, a symptom of the situation that prevails in all areas: Turkey is a first world country and a third world country all in one. The range of press coverage of CFS seems to reflect the usual debate between psychological and physical.

How did you get the idea for this book?

When I lived in Turkey I taught English in a private school for adults and I hated it. They only came to the lessons to show off their new fur coats and Rolex watches to each other. I started voluntary work in an orphanage and soon love 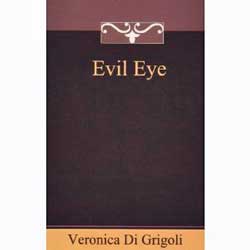 d the children profoundly. Like them, I was on the periphery of society, excluded by the mainstream. Many of them had lost their parents in earthquakes and spent days buried alive. Most had lived on the streets for weeks or months before finding their way to the orphanage. Their courage and maturity changed me permanently.

I decided to tell their story by laying all the facts over a fictional plot. The novel gives many accurate images of the contradictory nature of Turkish culture.

Where did the title “Evil Evy’ come from?

The Evil Eye means ENVY. The Turks (Like most people of the Middle East/Muslim cultures) believe that casting the evil eye on someone, in other words, looking enviously at them or something they own, will invoke an ancient power which curses them with a mysterious illness which weakens them and makes them waste away. Envy is much

talked about in Turkey and in Turkish culture you are constantly aware of it. It is naturally regarded as one of the driving forces of humans, and is taken for granted as the motivation of a great deal of what goes on in human society.


Everyone tries to guard against with lucky charms, called Nazar Boncugu, which are made to look like blue eyes. In Turkey you see them everywhere – at the entrance to every building, worn as jewellery, and especially pinned all over babies. I’ve attached a picture of a Nazar Boncugu, which is a very evocative image for anyone who’s been to Turkey. People often commented on my blue eyes in Turkey because they consider them a natural protection against envy but also, blue eyed people are considered more prone to accidentally invoking the evil eye down on other people.

One of the major themes in the book is envy, and one of the central characters’ attempts to control it.

Can you compare this book to other books or are the any other authors who deal with similar material?

I have been struggling to think of any authors to compare my novel with. It combines travel and adventure with quite deeply developed characters. The only authors who come to mind are those whose writing inspired me, though I could not claim to have produced something like their work. I love George Orwell’s ability to evoke a character or an atmosphere so vividly, in so few words. I admire Amy Tan’s skill for painting empathetic characters in a fundamentally alien setting and culture. I was deeply impressed at a young age by the way Jane Austen shows such subtlety in her characters without ever making explicit statements. I’m afraid this isn’t really answering your question, but perhaps it explains a little of what I was trying to do.


Are you working on another book?

Yes, my second novel is about life in Sicily. I have posted some chapters on a writers website to elicit feedback, and one reviewer said it made him laugh so much he snorted red wine through his nostrils and spurted it all over his keyboard!


Quote:
You can find the book at Amazon.com and Amazon.co.uk site or on the Phoenix Rising Amazon bookstores (some proceeds go to Phoenix Rising. Search for Evil Eye Veronica and it will come right up.)
Share this!