Sasha invites you to sign a new petition to the HHS to protect patients against the PACE trial, CBT and GET … 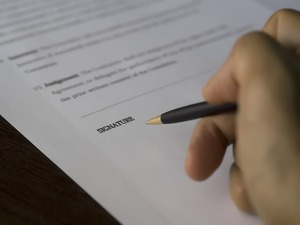 A brand-new and crucial #MEAction petition has just been launched, opening a new front in the rapidly escalating battle to protect ME/CFS patients from the misleading results of the PACE trial and similar studies.

The PACE trial was a £5 million UK trial, published in The Lancet, whose authors claimed that it showed that cognitive behavioural therapy and graded exercise therapy were beneficial for patients with chronic fatigue syndrome.

Patients have long criticised the trial’s poor methodology and bizarre analyses. That’s including a threshold for recovery of physical function that is so low that it is below the level of disability required to enter the trial. This level is similar to the average for patients with Class II congestive heart failure.

The study authors abandoned their planned main outcome and recovery analyses partway through the trial and replaced them with new ones. Results according to the original analyses were never published, and all requests for them have been denied.


“I’m shocked that The Lancet published it … The PACE study has so many flaws and there are so many questions you’d want to ask about it that I don’t understand how it got through any kind of peer review.”
Dr. Ronald Davis, Stanford University

Patients’ concerns have been ignored, but a damning exposé of the trial published online at the end of October by public health expert and journalist Dr. David Tuller brought the criticisms to the attention of the scientific community.

Dr. Tuller’s articles started an avalanche of events (see timeline below this article) that many patients hope will result in seeing PACE thoroughly investigated and re-analysed. 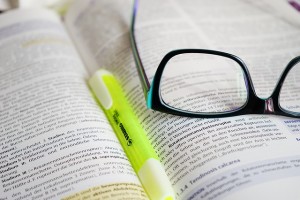 Now patient-advocate Mary Dimmock’s important new petition calls for all treatment recommendations based on PACE and other Oxford-criteria studies to be removed from the Centers for Disease Control’s medical education material.

It also asks for a revision of the recent 2014 evidence review by the Agency for Healthcare Research and Quality (AHRQ) in the light of the problems with these studies: the review can be referenced in any country’s clinical guidelines to support the use of CBT and GET.

Although the petition focuses on U.S. outputs, these are internationally influential, and affect ME/CFS patients all over the world. Patients everywhere will also benefit from the petition succeeding, because it also calls on the U.S. Department of Health and Human Services to request that The Lancet have the PACE data independently analysed. This will add to the pressure to reveal the results according to the originally planned analyses.

As Mary Dimmock says in the petition, “The UK’s £5 million PACE trial has been hugely influential in bolstering the incorrect view that the debility of ME/CFS is the result of false cognitions, a ‘fear of activity,’ and subsequent deconditioning. This view informs how patients around the world are treated in the media, by society, and especially in medical practice.”

“It’s a mass of un-interpretability to me … All the issues with the trial are extremely worrying, making interpretation of the clinical significance of the findings more or less impossible.”
Dr. Jonathan Edwards, University College London

This petition follows an earlier record-breaking petition by #MEAction calling on the journals — including The Lancet — that published important PACE papers to retract misleading analyses. The petition gained over 10,000 signatures in just over two weeks and will play an important part in the days to come.

Events are now fast-moving, and this new petition is vital in ensuring that the U.S. government health services recognise the serious problems with PACE and similar studies, and that they take immediate action to protect ME/CFS patients both at home and overseas from the known harms of graded exercise therapy.

So, please sign the petition right now from anywhere in the world and share it widely with friends, family, and anyone you can reach. PACE is falling, and its collapse will bring the “false illness beliefs” model of ME/CFS down with it.

This is a crucial moment in our history and it’s time to take action. 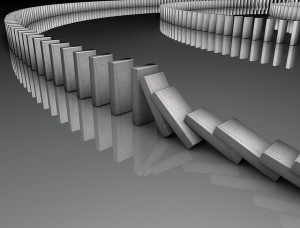 27 October, 2015: UK media report the authors’ claims uncritically, with headlines claiming that ME/CFS patients “can overcome symptoms of ME with positive thinking and exercise.”

27 October, 2015: Well-known American psychologist Professor James Coyne is outraged by one of the PACE authors’ comments about patients in the media and tweets that he “will lay waste to PACE.”

27 October, 2015: The UK’s Information Commissioner orders the PACE authors to provide raw data from the study requested by a patient by 1 December, 2015, or face contempt of court unless they appeal by 24 November.

28 October, 2015: #MEAction launches major petition for the retraction of misleading results in PACE and the re-analysis of the data.

29 October, 2015: James Coyne publishes his criticism of the latest PACE paper on his high-profile PLOS blog.

4 November, 2015: When PACE authors decline to debate James Coyne about the trial on the health information website National Elf Service, the “no bias” site instead publishes a 4,500-word article praising the study by Professor Sir Simon Wessely, who describes the PACE authors as “personal friends” and says, “It would be nice to think that perhaps we can now all move on.” Coyne urges a boycott of the site.

6 November, 2015: Laws continues to blog critically about the study.

9 November, 2015: After receiving over 1,200 critical comments, the Daily Telegraph reverses its stance with a new article: “It’s too good to be true that exercise can help Chronic Fatigue Syndrome sufferers.”

11 November, 2015: Coyne addresses the scientific community on his blog, explaining why the PACE raw data must be released.

13 November, 2015: Six prominent scientists publish an open letter to The Lancet, saying that PACE “suffered from major flaws that have raised serious concerns about the validity, reliability and integrity of the findings.” They call for independent re-analysis of the raw data.

16 November, 2015: James Coyne declares “the moral equivalent of war” on the practices and assumptions that allowed PACE’s “bad science” to go unchallenged by scientists and the media, at a public talk in Edinburgh (slides and video available).

18 November, 2015: Twelve ME/CFS organisations, including Phoenix Rising, sign an open letter to the HHS, CDC and AHRQ asking for them to act to protect patients in the light of criticisms of PACE and the other Oxford studies.​