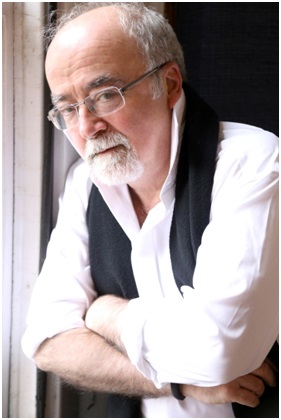 Sasha summarises Professor James Coyne’s recent no-holds-barred talk on the PACE trial and points you to the slides, video, audio and transcript.

Outspoken psychologist and professor of psychology James Coyne of the University of Pennsylvania blasted the PACE trial in a public talk in Edinburgh, Scotland, on 16 November, 2015.

The PACE trial was a £5 million UK trial of cognitive behavioural therapy (CBT) and graded exercise therapy (GET) for patients with chronic fatigue syndrome (CFS). Its authors claimed that the therapies were beneficial to patients, but its methods have been heavily criticised.

The slides from Professor Coyne’s talk have been viewed online over 8,000 times. Interruptions from an enthusiastic audience took the talk slightly off-track but now an edited YouTube video of the talk that cuts out the digressions is available, with a high-quality audiotrack. A transcript of the talk has been created by patients and approved by Professor Coyne.

“PACE really attracts my attention because it’s so goddamned bad. It’s bad in its conduct, it’s bad in its reporting, and it’s fascinating that it’s going unchallenged. And it’s uncritically being passed on by journalists and the media with clear harm to patients.” – Professor James Coyne

Professor Coyne’s talk pulled no punches. His current interest in PACE was sparked by comments about patients by one of the study authors in a recent Daily Telegraph article concerning the publication of long-term follow-up data from PACE.


Coyne tweeted, “I’ve had it. Sharpe quotes are offensive. Will lay waste to PACE follow up study … in blog post.”

The resulting article on Coyne’s high-profile PLOS blog described the follow-up data as “uninterpretable” and detailed how the study authors had tried to correct for “fatal” methodological problems by using “voodoo statistics.”

“I’ve got to get the scientific community involved. I need to get them pissed off about bad science, about bad publication practices and the institutions that develop it.” – James Coyne

Since then, Coyne has been tireless, tweeting and blogging provocatively. He has repeatedly offered to debate the PACE authors and called for a boycott of health website National Elf Service when the authors declined a debate and the site instead published a long article by Professor Sir Simon Wessely praising the trial.

In his Edinburgh talk, Coyne declared the “moral equivalent of war” on the faulty practices and assumptions behind PACE. He said that his existing goals and activities were now refocused on “exposing more of the bad science, the QRPs [Questionable Research Practices] of PACE.”

It was, he said, “frustrating that what I’m doing, it’s nothing that different than patients [have] tried to do. They’re saying the same thing.”

Professor Coyne will be back in Europe in January and is planning another public talk in The Netherlands on the PACE trial at that time.

A petition calling on the Department of Health and Human Services (HHS) in the United States to pressure The Lancet to have PACE independently re-analysed is here. The petition also calls for an internationally influential evidence review that recommends CBT and GET to be revised in the light of problems with the trial, and for PACE-based treatment recommendations to be withdrawn from medical education material.
[donate_message]