Jody Smith continues her review of Nova’s Patient Conference for Dr Klimas with a look at three patients who have improved significantly. 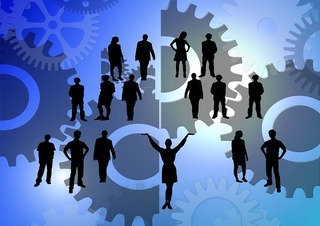 “No one has ever taught me more about what to do than my patients.” So said Dr. Nancy Klimas at the Patient Conference hosted by Nova Southeastern University on January 26, 2013.

This has to be one of the greatest things any professional associated with ME/CFS has ever said. It may be one of the main reasons that Dr. Klimas is so successful and so trusted in our community. She went on to talk about the importance of listening — another reason she is so highly regarded by those of us with ME/CFS.

Sometimes, Dr. Klimas said, she is helpful but sometimes patients find their own way. The third video from the conference highlighted three people who were not necessarily completely recovered from ME/CFS, but who were significantly improved.

The guests were Gail Hawks, a retired professor of Economics from Miami Dade College, Sue Cunningham, captain for American Airlines, currently on long term disability, and Dan Moricoli (“I run a couple of websites” about this disease), a retired advertising executive currently a television producer.


What helped them improve? If they’ve relapsed, what caused them to slip?

Gail Hawks said that she is 67 yrs old. When she was 60 she attributed her fatigue, and her tendency to get sick easily and to recover slowly, to getting older. But eventually she realized that this just didn’t match up with her personality. It dawned on her that something was wrong with her. Getting over a cold took forever, and often came with laryngitis, a problem for a professor.

About two years ago she went to her doctor who told her that she was showing signs of chronic fatigue. Bloodwork revealed she had “almost no immune system”. This explained why she would get sick often, and take a long time to recuperate.

She began to take supplements like omega-3 and vitamin C among others. She’d never taken vitamins or supplements before and now had to take a number of them twice a day. Her cognitive dysfunction required her to make a chart to keep track of them.

After about four months she began to feel better. She didn’t feel the need to nap all the time, “to hide in my office and maybe take a snooze before my next class”. She started to feel like she had a bit of energy. After a year, she was feeling very good, and thought she was cured. She figured she didn’t need supplements anymore and stopped taking them. Within weeks, old symptoms began to return. She saw her mistake and resumed her supplements, and began to improve once more.

She said that now, at the beginning of her third year, she feels much better, and is able to think again. Being retired, she no longer needs to balance things with school. She can enjoy reading and learning once again, and enjoy family vacations. “I can live like I want to live. Even being 67.”

Sue Cunningham said that she has been sick since 2007. She caught a cold in November, and decided in December to stay home till she got well. Five years later, she is still at home.

She takes Xyrem, a sleep aid which has reduced her brain fog. She tried Ashok Gupta’s Amygdala Retraining program and noticed an improvement within three weeks. She also incorporates meditation.

She improved to the point that she could ride her bike 30 miles in a day, rest the next day and then do 30 miles again the following day. She was able to swim 2500 meters. Running, however, would still bring on symptoms, so she’s given that up.

In August, 2012 she had a crash due to family stressors. She has been regaining ground since then, though, and expects to regain all that she lost in her crash. She will never go back to her old job, but she expects to be able to do some type of work at some point.

Her advice is to determine your limits and don’t exceed them. She said, “My message is, you can improve your life. And you can live and manage with this illness.”

Dan Moricoli had stomach flu for a few days in May 2006, and then something else besides the stomach flu. The flu went away but the other thing didn’t. He was in a fishing tournament at the time and managed to get through it. He’s been sick ever since.

For the first couple of years he would have periods of 2-7 days of being bedridden. He would also have periods of 2-3 days when he felt alright, so he would act like he would normally, and end up back in bed. He sometimes would crash which would result in being unconscious. He saw and heard nothing, was aware of a blackness, aware of nothing else.

Dan wasn’t getting any better, but then he found Dr. Klimas and the University of Miami. He was in a research study about nutrition. He began to watch his nutrition and felt a bit better.

Dan said that the VO2 max test made a difference. He has had no crash in over two years. He thinks he’s between 80-85 percent restored. He is convinced that the VO2 max test was the breakthrough. He began to connect how he felt with what he was doing physically. Physical stress and cognitive stress can both take him down.

Stressors bring on slurred speech, cognitive difficulty, and being physically wobbly. He makes a point of being aware of this before symptoms begin, and rests. He lays down in a dark room for 10-20 minutes, and usually he will feel better.

Dan said that the first component of his recovery was accepting that he has a condition that will probably never end, that isn’t currently treatable with medicine. He doesn’t waste any energy fighting it or being angry about the limitations.

Secondly, he’s learned to pace himself.

Thirdly, Dan works at becoming as healthy as possible. He’s careful about his diet, and staying hydrated, drinking at least 98 ounces of water and a drink called Nuun which contains electrolytes. He watches his weight, losing 16 pounds in recent months, and he notices that an improvement has accompanied the weight loss.

Fourthly, he doesn’t expect miracles. It has been two years since the VO2 max test. Recovery is very slow and he now accepts that.

Stress is a biologic event

Upon taking over the microphone, Dr. Klimas made the observation that she thinks it’s interesting that all three guests have said that stress can lay them out. But the political world doesn’t want to say it’s related to stress because this somehow makes it seems less like a real illness.

Stress plays a role in triggering events in this world. “Stress is bad for you. Stress makes you relapse.”

Cognitive behavioral therapy is controversial, in part, Dr. Klimas said, because of the way many professionals in the UK handle ME/CFS, treating it like psychological dysfunction. But Dr. Klimas and her team maintain that exercise and CBT are good.

Two of the interviewees said that exercise can be good if you do it gradually, and don’t push beyond your limits. Approach it gently and learn where your threshold for safe exercise is.

Autonomic dysfunction is “not a driving force of your illness, but it is a consequence of the illness that makes you perpetuate your illness.”

Reconditioning within your limits can make a significant difference. It sounds simple, but it is very challenging to carry out successfully. Each time you miscalculate and relapse, it adds to the difficulty to try again next time. But if you can make yourself try again, you may find real benefits.

“Everyone has a different door”

Dr. Klimas has seen thousands of patients, and many recoveries. And recovery can come by many different routes. Her philosophy is that if something that works for 80 percent of people isn’t working for you, don’t hurt yourself with it, and stop. “We will keep on plugging with you. Because everyone has a different door.”

In the past, the approach has been very traditional, with placebo-control, doing clinical trials. But Dr. Klimas said that they were now opening the door to naturopathy. “We’re going Eastern … ” she said with a smile, to find things that work, and to prove their benefits.

Sue was asked about getting long term disability. She has it through her employer, not Social Security. She had won a closed period claim with SS when she was still well enough that she thought she’d return to work. Her employer had been supportive and on board with the conclusions of her doctors and she had no problem there. Sue is fortunate in that she belongs to a union that has a lawyer who handles these types of matters. If she has a problem she can call the lawyer to go to bat for her.

An audience member shared that the fact that a patient can go grocery shopping can be held against them in terms of receiving disability. Dr. Klimas commiserated, saying what we all know to be true — that the patient probably had to rest before their half-hour trip, and then go straight to bed when they got home. But that is so often dismissed.

Another member of the audience asked about dietary changes. Sue has made no changes. Dan has changed quite a bit. He now eats very little red meat, having chicken and fish instead, but mostly vegetables. He eats small portions and has found he does better eating far less than he used to. He no longer drinks wine and finds he’s better without it.

He does mindfulness training, yoga, and recently meditation. He tried Gupta and didn’t continue with it. But he wanted to say to the audience that Sue’s Gupta and his mindfulness achieve much the same goals. “It’s really powerful.”

Dr. Klimas recommends growing your own food in your back yard because of the junk in our food. She said, “It’s very likely many of you do not detoxify. A good test: Do you tolerate normal amounts of normal medicines? Oho! Your detoxification pathways aren’t working too well.”

There are a lot of toxins in our food, so try to avoid as much of the toxicity as you can. Wash off pesticides, try to buy fresh and local.

One audience member said she is gluten-free and focuses on being anti-inflammatory. Dr. Klimas said that gluten tests are not perfect. False negative rates are very high. It wouldn’t hurt to go free for several months.

Coming back to the important topic of stress, Dr. Klimas said that we with ME/CFS have an impaired stress response. Our bodies makes cortisol, which is anti-inflammatory, but we have such little adrenal reserve that we can’t make that pump of cortisol. “In fact, genomically you shut it off … The genes that should be turning on our stress response are turning off your stress response … You don’t do well with stress because you don’t have the right mechanism in play.”

We look forward to more research, more advocacy and more understanding from this champion and her team.