As the old year wanes and the new one beckons, Jody Smith reflects on the nature of change … 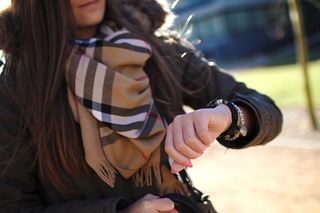 Does the end of the year make you pensive and cause you to look back? It has that effect on me.

I don’t make New Year’s Resolutions. I don’t think I ever really did, but the last decade or two would have been enough to stifle that impulse. I’ve just been too aware that I don’t have that much control over what happens in my life.

It may just be that I am living less under the illusion that I am the Master of my own universe than people who haven’t been ill or broke for years. I have come to the end of my rope more than once — many different kinds of ropes — and have had it beaten into me that pure willpower is not enough.

If willpower was all it took to succeed and secure my goals, I’d have ’em. But willing a body that can’t get up to get up … a brain that cannot comprehend to get with it … lungs that persist in gasping for never quite enough air to take it nice and even … legs that buckle to stand straight and tall … well, I have tried willpower on all these things and have been told No! more times than I can count.

So I don’t make the resolutions that are going to spit in my face when I can’t follow through.

I try to go a more realistic and gentler way these days. My motto is more, “little by little” — and that is how change comes about in my life. It seems that every important thing I have accomplished in the last 20 years or so has been according to that motto.


ME/CFS can sometimes be foiled and fooled by this method. I think of it as sneaking up on my body and brain which can both be so vigilant in “protecting” me from new exertions, new experiences. I’ll do something different, for just a minute or two, then stop. Hopefully I’ll be able to do it again the next day or at least the day after that. And over time, I may be able to build from a few minutes to half an hour, or an hour or maybe even longer.

I started writing that way, six years ago, when I came back online. Couldn’t remember how, couldn’t type without letters spilling over from one word onto the next. Got buzzed out and exhausted after five minutes. Had to go to bed and rest.

But now I can type for hours and that is an enormous blessing for me. But if I had tried to jump right in … I would have failed, crashed for perhaps several months and maybe been afraid to ever try again.

I started knitting again in the same way. I took over a week with my ridiculously small baby steps, before I could spend half an hour with my needles. I had to go to bed for the afternoon, after the first few teensy forays. I felt like my brain was in sideways. I couldn’t focus. My hands were sore and clumsy.

But once again I was able to sneak up on things. Slowly. In small bites. With long rests, pretending I wasn’t really trying to do anything.

So, no. The big sweeping dramatic changes just aren’t on the table for me.

But I do like to look back over the past year, and ponder. What has changed for the better, what has gotten worse? What things have remained the same? What are my hopes, and my fears, for the coming year?

I have five children, so some years there are a lot of changes to ruminate upon.

This year, one son has come back home for awhile, while making plans and preparations for getting married. One daughter is having her first baby, any minute now. Another daughter sends me photos and messages from across the country showing me how much her own sons have grown. My other daughter, who is also far from home, has been chronicling the first year, and now into the second year of her baby girl’s life for us. Our youngest son lives with us as he is also ill with ME/CFS. Jesse got the flu nine years ago, at age 16, and is still slowly recovering.

But he is at least recovering. This year he goes for walks with me and our three-legged dog Cleo. He drinks smoothies that his dad makes for him every day. He no longer is awake from 5 p.m. to 7 a.m. every day. Nor is he any longer awake for 24 hours then sleeping for 12 hours.

His hours could almost pass for normal by some standards. He is awake till 4 a.m. and then sleeps till 11 a.m. or noon. And he says this year for perhaps the first time some of his sleep could be called refreshing. It’s been a long time coming, but we are so happy to see the change.

It has been little by little. Barely perceptible changes, over a period of nine years. We don’t know why he got so very ill back then, and we don’t really know why he is getting better. We just know that he somehow took such a huge hit in 2006 that after his hospital stay, we were peeking into his room every 10 minutes or so to make sure he was still alive.


Whatever assaulted him left him with his life hanging in the balance, for many months. He could only eat a bite of anything, then was so exhausted he was back to sleep. Would have been nice if some of that ability to become near-comatose had stayed with him, because the next step was wishing for sleep that never came.

Nothing was balanced, nothing was predictable, nothing was working right. And then, little by little, he has been coming into the land of the functional, the slightly more comfortable, the able to think, the able to stand for more than five minutes.

I look back on my own life in this past year, and I don’t think I have changed a whole lot, except in those ways that are little by little, that are such small gradual changes that they are unnoticed, until a year or two or three go by. And then, it seems like we changed overnight. But it took many years almost submerged, doing the dead man’s float, waiting for more of life to rise up in us.

We are proud of all of our kids. In a very special way, we are so proud of our son Jesse, who has survived an anonymous assault that seems like it almost killed him, that has defied identification, that has rebuffed treatment as though with a bullet-proof shield.

I asked Jesse once what he thought had helped at all over these years. Sleep — when he could get any … Sleep and rest. And it has taken this long. Now we add smoothies and walks in the fresh air to the possible healing equation, because we think maybe they have helped.

If I was tempted to make a New Year’s resolution it would probably be this — that all of us can regain what we have lost, little by little. Our continuing growth and emerging soundness and wholeness would be the perfect revenge on ME/CFS.