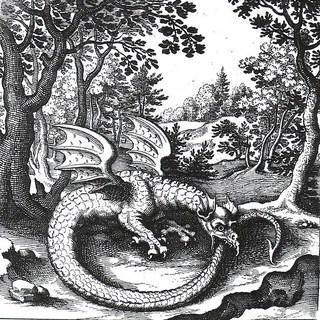 All illnesses are stigmatised: when you get ill people prefer to stay away. As Chaucer put it hundreds of years ago, ‘To seek … the company of loathsome lepers … there was no decency or profit in it.’

Society likes to keep its ‘other’ firmly at bay. It is threatened by disease, even if it is not physically threatened, because the ill bring chaos to our culture’s accepted ideas of what is normal and therefore valuable.

Severity is an issue here. Even if you tell people you have MS, so long as you are still quite well with it, as many people are, then you are going to appear less threatening and will be ‘allowed’ to continue as a well person, despite your label. But your label still marks you out as different.


This does apply to our disease also. You are more likely to be viewed sympathetically, if you are mildly affected and can continue, even in a stunted way, the normal activities of life: relationship, kids, work, social life.

But ME/CFS carries a double stigma: stigma-max. We are the ‘other’, but we are something else too.

We are viewed as claiming something we shouldn’t, i.e., the space which ‘real’ or ‘genuine’ sick people occupy. This is ironic since the ‘special space’ is nowhere any ill person wishes to reside.

For us to claim this is deemed highly suspicious and, frankly, despicable.

We are seen as untrustworthy by insisting that our disease is physical rather than psychiatric (even though the latter is also often ‘physical’ since it affects the brain) so as to award ourselves credit and status. Again ironic, since credit and status is hardly endowed to the so-regarded ‘real’ diseases except in the form of dubious accolades such as the ‘brave fighter’ or ‘tragic victim,’ etc.

Interestingly, even quite severe depression (I exclude schizophrenia and other psychotic disorders which are heavily stigmatised) is often more sympathetically viewed than ME/CFS because at least sufferers ‘accept’ their diagnosis.

We, on the other hand, are not accepting the position accorded to us. We are misbehaving. This goes somewhere towards explaining the often rancorous and punitive attitude towards ME/CFS from the larger community, be it medical, familial or social.

What effect does this have on the sufferer? A hugely debilitating one.

It means that we have no identity, nowhere to put ourselves comfortably within this illness. We are left scrabbling around to cobble together some kind of identity in an ad-hoc way without even a reliable name for the disease that tortures us. We doubt our own symptoms, we doubt others’ symptoms.

This insecurity and lack of integration with the illness, penetrates the ME/CFS community. There is no doubt that we provide each other support and friendship but we also argue amongst ourselves, sometimes bitterly.

Who has ME? Who has CFS? Which is the ‘real’ disease? Which is worse? Can you have ME/CFS and still work? How can you be mildly affected if the primary symptom of the disease is  ‘severe’ exhaustion?

My friend with ME uses a wheelchair but I’m more ill and I don’t. Another friend only suffers pain, I suffer from fatigue … and the comparisons and self-annihilating disbelief and acrimonious competitiveness continue.

I wonder if other diseases have these battles within their community?Do the severe MS sufferers hate the mild ones since it is on the back of their paralysed bodies that the fearsome reputation of the disease is based, while all the more ‘well’ sufferers get on with their lives? If they do, I suspect they are still not quite as at war with each other as we are.

Would one definitive name for this disease stop us tearing ourselves apart? Would it inhibit those outside from undermining us? Not unless the science supports it. Unfortunately, our Frankenstein name still encompasses disparate groups suffering from that vague and meaningless term ‘fatigue’ chucked into the stew of ME/CFS. Everyone knows the stew stinks, but that is a subject for another time.