The advent of autumn can hit Jody Smith pretty hard. She’s learned a few ways to lessen the damage every year. How do you handle the change of seasons? 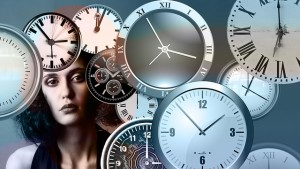 Summer is my best season, hands down. Fewer ME/CFS symptoms get in my way. After a while, I tend to forget that this is a summer hiatus … but I am reminded around the end of August or early September.

And that’s because the subtle but inexorable ME/CFS decline would begin. The lessening of hours of light, the warmth dissipating make for an unpleasant picture of what happens to me every autumn.

It would really throw me off at first. Even after all these years, I never am prepared for this loss. I have to make a conscious decision to slow down my pace even more, and I’d have to spend time in bed during the day again. I always hate that part. Fortunately it only lasts for a few weeks. I assume it’s because by then I’ve shifted to a lower gear sufficiently to be able to maintain my turtle pace.

And I need to protect myself from sudden onslaughts of pain and inflammation from small and ridiculous causes like wearing my shoes for the first time since the end of spring. Or not wearing long sleeves on a coolish day. Or lifting up something that weighs more than a couple of pounds.


I make sure I have a bottle of castor oil on hand because, seriously, the chain of events that take me from stiff and sore to crippled is fast and furious if I don’t smear on the oil at every twinge.

I get dizzy. Bending down or tilting my head too fast brings on a wave of vertigo. Thinking takes a back seat more quickly over more things than before. Confusion arises over trivial things like too many numbers in a sentence, or too many details to be dealt with too quickly. Thoughts disappear like vapour. A feeling of inner vibration moves in, along with a roaring in my ears.

These symptoms are a strong reminder to stop whatever I’m doing as soon as is possible and empty the head and still the body. Sound pretty Zen and a little stylish? That would be cool, but nope. Just trying to regain equilibrium. Again. And again.

Really, you’d think the change of season is enough to handle. But no, let’s throw in a time change too.

It’s a challenge to reconcile to the shorter days that come simply with the change of season from summer to fall. Now it’s dark by dinner. But at least that decrease happens gradually over a period of time. This business of slamming everything back an extra hour for a Time Change is traumatic.

Not just for those of us who are chronically ill. The whole North American continent gets annoyed about it. Plenty of articles are written in protest of this antiquated practice, every single time we’re forced through yet another of these changes.

Each article is written in the vain hope that someone who has control of this deal will read it and a light will go on (which would be made more dramatic now that it is dark by 5 p.m., for heaven’s sake). But as you know, all this protest has thus far fallen on deaf ears.

So here we are.

In most parts of North America, the autumn time change happens in early November. I realize that for other parts of the world, the situation is different. And for half the world, it’s not Fall Back, they have to Spring Forward. But I’m majoring on the one I’m living with right now, and I’m in North America.

Losing all those hours of daylight naturally due to season change, and that extra hour due to the time change, can have a substantial effect on some of us.

There are two of us with ME/CFS at my house, and while our symptoms are not all the same, we both tend to get hit by this change. My son Jesse is more partial to the cooler temperatures than I am but his wake/sleep hours suffer more.


One of his most debilitating symptoms for some years was totally messed-up sleeping patterns. He hasn’t had a normal night’s sleep for more than a decade. Over the last couple of years it has slowly improved. He’s gone from being awake for 24 hours at a time then sleeping for 12 hours, to a more or less 24-hour cycle — but sleep doesn’t usually come till dawn or later, and he’d get up in the early afternoon.

Like I said, it’s messed up. But at least it’s somewhat predictable, it is his routine.

Except for after the time change. Then all bets are off, and not only are his hours even more off-kilter, they are even less refreshing than his usual. It can take weeks for things to re-balance. And then of course, six months later, everything gets thrown up in the air once more.

These time change snares snap us up twice a year every year. So what can a chronically ill person do?

I wish I could lay out a fool-proof universal plan. But, as with all things ME/CFS, there is no such thing in the known universe, for anything that affects us. All I can do is tell you what seems to help take the edge off for us.

And it’s nothing very exciting. It’s dull and plodding, which — again — seems to be the theme for most kinds of ME/CFS relief. But we take what we can lay our hands on and run with it. Well. Move slow or crawl.

I used to crash lightly (yes, you all know there is such a thing) in early September. And then I would crash big-time to the point of being bed-ridden most of the time in December. This eased up quite a bit 11 years ago when I stumbled upon the idea of taking vitamin D3.

I experimented with the number of tablets per day, and eventually found a dosage that kept me relatively normal and stable. I have not been a winter vegetable since that time. I go from being a dull/normal all summer long to just … dull. But I am functional and that counts for a lot.

This year I am adding a spoonful of cod liver oil once a day, for its natural vitamin D content.

I have not tried phototherapy but it’s something I’m curious about. A light box is said to put out light that is similar to the natural rays of the outdoors. Anybody have experience with this? I’d love to hear about it.

Jesse enjoys cool temperatures but I freeze up and turn into a ball of pain if the house is below 70 degrees F. It’s got to be 72 degrees at least. It’s hard for me to believe that those 2 degrees can mean the difference between being able to move like a normal person or being frozen in position till inflammation passes after weeks or months.

So even though it’s more expensive we keep the heat up. Because not being able to move without agony is too costly in other ways.

Dressing in layers helps. Keep those joints and muscles warm and protected. I have a cardigan that is on and off, then on, then off again all day long. Extra socks. NEVER going barefoot even on carpeted floor.

If you’ve tried acupuncture and/or chiropractic, this might be a time of year to major on these treatments. I have had winter seasons when going for both these therapies kept an ailing arm more or less in working order all winter.

I try to be aware of how I’m sitting or standing. Some bad angles are enough to cause ongoing grief  for me during the colder seasons, even though a “normal” person would not be affected at all.

And that’s it, I’m afraid. That’s all I got. Beyond that, I can only advise hunkering down for the colder darker months and utilizing a lower gear as much as possible. It may involve lowering expectations and that can be disappointing and frustrating. But lots of animals hibernate and maybe they know something naturally that we need to learn.

In time the sun will begin to spend more time above the horizon and the warmth will gradually be returning. If all you can do is huddle under a blanket and look at the window yearning for summer, be assured, it will come. And you will be the first to see it. Unless you are napping when it arrives.

How do you handle the change of seasons?