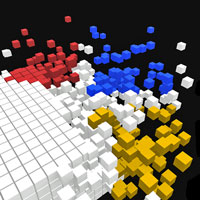 A Biological Cause of ‘Poor Stress Management’ Found in ME/CFS?

Its certainly not clear that everyone with ME/CFS reacts poorly to stress but anecdotal reports suggest that many people with ME/CFS are more vulnerable to stressors after the getting the disorder than they were before they had it. Noting that stress often worsens symptoms this study looked for physiological components that might be able to explain part of the stress response problem in ME/CFS. In this study these Miami researchers looked at self-report measures of fatigue, emotional distress and their ability to manage their stress and sought to link them to cytokine and cortisol measures.

They found that patients with better ‘perceived stress management skills’, not surprisingly, tended to be less fatigued and have less emotional distress and have a greater cortisol fluctuations over the day and lower levels of Il-2. The lower levels of diurnal cortisol in the more stressed out patients suggested a less ‘dynamic’ stress response system was present and brought into question whether damage to HPA axis was responsible for some of the difficulties some people have in handing stress.

One ME/CFS study found that behavioral therapies could return cortisol levels to normal in some patients while another suggested that those types of therapies didn’t work as well in people with low cortisol levels.


The fact that patients with high levels of IL-6 tended to rate themselves as being poor at stress management and suffered from increased fatigue suggested that high levels of this cytokine, long known to be associated with increased pain levels, may result in increased distress and inhibit an individuals ability to manage stress.

This study suggested that problems in two areas, the HPA axis and the immune system exacerbate symptoms and may impact the ease with one deals with stress.

The Body/Mind Connection: Do Bad Gut Bacteria Cause Depression (?)

Bacterial translocation with immune responses….commensal bacteria may play a role in the pathophysiology of depression, particularly chronic depression.

In the study just reviewed we saw that high levels of an immune factor called IL-6 might cause increased pain and increase the difficulty of managing stress. Now Dr. Maes shows that the immune system may be involved in causing depression as well. Dr, Maes has been focusing on the physiological causes of fatigue and depression for years and in this study he zeroed in on the gut.

Some researchers believe leaky gut linings in people with IBS, CFS and other disorders allow gut bacteria to ‘translocate’ out of the gut and make their way into the blood stream where they prompt an immune reaction and symptoms of fatigue, pain, etc. In this followup study Maes found that people with chronic depression (but not recurring depression) had increased levels of antibodies to an array of pathogenic gram-negative gut bacteria. (The outer membranes of this type of bacteria contain an endotoxin which can trigger fever and alarming low levels of blood pressure and even in really severe cases, death. Given this it’s not surprising that the immune system jumps on these bacteria right away. )

Maes’s finding indicated that pathogenic bacteria may be making their way out of the gut of people with chronic depression but not in the healthy controls suggesting that depression in some people may be more in the gut than in the head.

In the last study Maes’s findings suggested that endotoxin triggered inflammation could be causing depression. Now these Yale researchers went so far as to inject healthy people with small amounts of endotoxin and then used a PET scan to see what parts of the brain were affected.


Recent (and upcoming studies) have targeted abnormalities in the insula and the anterior cingulate in ME/CFS. This study suggests that these abnormalities can be caused by inflammation triggered by bacterial toxins – which as Maes showed – could be present in the gut area.

Did They Miss a Disease? Chronic inflammation paper points way to ME/CFS?

Chronic inflammation is present in a variety of chronic illnesses and some researchers are convinced it plays a key role in CFS but the idea that inflammation is driving an illness rather than being a product of one is probably fairly new. In this paper focusing on ‘new insights’ these Israeli researchers state that chronic inflammation results in a kind of complicated steady state of immune functioning that is just beginning to be understood. The most interesting thing about this steady state is how closely it may mimic what is happening in CFS.

There are more intriguing intersections here….The NFkB and STAT transcription pathways that play a key role in producing immune suppression have both been implicated in ME/CFS . The immune suppression present in chronic inflammation blunts the impact of immune based therapies and suggests that immune treatments must be ‘fine(ly) tuned’ to be effective. We’ve heard similar considerations from Dr. Klimas and others regarding the delicate balancing act needed to promote the under-active portions of the immune system and tamp down the over-active ones in ME/CFS.

It’s not clear if this situation does apply to CFS but it does hold out the promise that similar patterns of immune activation/immune suppression might occur elsewhere and researchers in other disorders could be developing tools that might be helpful in CFS.

Gene Linked to CFS Pops Up In Chronic Pain Study

The beta-adrenergic receptor- 2 showed up big time in the Light gene expression studies and now its appearance in a fibromyalgia study suggests that problems with this gene contribute to fatigue and pain in a variety of disorders. This western Australia study examined polymorphisms in beta adrenergic 2 receptors and the COMT gene to see if FM patients with more pain happened to have unusual forms of these genes.

This study found that being female (once again :)) and poor mental health (?) was associated with an increased risk of having disabling neck and low back pain and widespread pain and having an unusual form of the beta-adrenergic gene.

According to the Lights this gene dilates the blood vessels that feed the muscles. Its not clear what this particular variant does but it sounds like problems with it could impair blood flows causing metabolite buildup and perhaps widespread muscle pain….. perhaps even after exercis

Drug companies must shiver whenever they hear that the Cochrane reports are lasering in on one of their drugs. The Cochrane reports take a therapy or drug, do an intensive analysis of studies involving it, and then pretty much tell the world whether its any good or not.

This time they had Milnacipran, a drug approved for neuropathic pain and fibromyalgia, in their sights. Their report was pretty much in line with Dr. Clauw’s general prescription of pain drug effectiveness…it worked fairly well (30% reduction in pain) in some patients (about 40%)and not at all in others. (It was just above placebo in effectiveness with about 30% more people getting relief). (Dr. Clauw noted that the placebo effect is surprisingly strong in pain drug trials).

This highlights a couple of things…one – pain relief is a tricky process that is still little understood and is quite variable across the population and two…there are few magic bullets out there…three – placebo ie mindfulness interventions do reduce pain moderately (30%) in a subset of patients.
https://pubmed.ncbi.nlm.nih.gov/22419330

Dr. Lerner has been treating ME/CFS patients for a long time and he has just released a two part video called a ‘Primer for CFS’ as well as a Treatment Resource Guide which is chock full of heretofore difficult to find information.

Yes it does happen! And we’d like to find how and to who. As part of an upcoming series on Treatment we’re looking for stories of people who have recovered significantly or fully. Some of the things we’d like to know are

Please send your stories to phoenixcfs@gmail.com. No stories/accounts will be made public without your permission.

The Phantom Struck Down by ME/CFS


Phantom of the Opera star Michael Crawford developed a bad enough case of ME/CFS that he was forced to retire for some years…Lots of rest helped him to eventually recover and he began to talk about it last year. Recently he did a radio interview in which he mentioned it.

and check out another story here

The New Jersey CFS Association offers a printable card you can carry in your wallet (atwww.NJCFSA.org/wp-content/uploads/2010/09/Anesthesia-Card2.pdf) regarding precautions in case you should need anesthesia in an emergency. It is based on advice to doctors/patients who are about to be hospitalized or have surgery, developed by https://www.njcfsa.org/anesthesia/ Dr. Charles Lapp and Dr. Paul Cheney atwww.njcfsa.org/anesthesia/.
Easier Form of Gamma Globulin Making the Rounds

Gamma Globulin Come to Your Home- – Some patients do very well on gamma globulin but its always had to be administered intravenously. Now several ME/CFS docs including Dr. Lapp and Dr. Peterson are using a subcutaneous version by Hizentra that uses a windup pump which slowly pushes the IVIG in under your skin .https://www.hizentra.com/professional/initiating-hizentra/transitioning-from-IVIg-treatment.aspx

If this works out it will make a useful treatment much easier (and hopefully less expensive) top access.