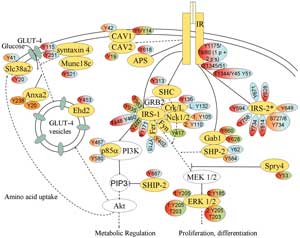 This interesting post came in an email from a parasitology professor who looked at his formerly robust wife sleeping 23 hours a day and, in the face of the considerable confusion, thought of African Sleeping Sickness which depletes the CNS of tyrosine possibly putting the infected person in a state of somnolence. Interestingly, just before she got ill she was given a combination of drugs that knocked down Natural killer cell functioning -perhaps providing the opening for whatever pathogen rushed in.

She got better and then we hear what we hear too often, she came down with another infection, that knocked her out again but she slowly recovered. [/I]

My name is Tom Buckelew and I am a professor emeritus having taught 38 years at California University of Pennsylvania. My specialties were parasitology and physiology.

In 1986, my wife contracted what many called the Yuppie Flu but later designated it as Chronic Fatigue Syndrome. Prior to then, she was a vital, strong woman. She had a bad, lingering “cold” through the early fall that didn’t seem to improve.

Our family physician had moved on to the Mayo Clinic and the doctor who replaced her could not see her immediately so we finally went to the emergency room where she was mal-treated by a physician who prescribed three drugs that shouldn’t be taken together. The three were erythromycin, Theodor (theophylline) and codeine. After a single dose, she was very ill and after the second dose, she had to be rushed to the hospital where she was seizing. She was saved at the hospital but came home so exhausted, she could barely walk.


She spent the next three months sleeping 23 hours a day. I was teaching parasitology at the time and while preparing a lecture on trypanosomiasis, noted in an entry about Trypanosoma brucei rhodesiense that tyrosine levels in the host bloodstream where depressed by 50%.

My physiology background coupled with the parasitology made me realize that the depression of the CNS in African Sleeping Sickness was likely caused by the depressed tyrosine levels which serve as the precursor for the production of important neurotransmitters such as norepinephrine and epinephrine as well as others.

Since our local docs were understandably without a solution, I bought supplements of tyrosine from the local health food store and my wife began taking the supplements. She improved dramatically and within six months regained about 75% of her strength. She continued to improve, though she realized that she would never be as strong as she once was.

In addition to the chronic fatigue, she also developed the classic pain signs of fibromyalgia within two days of the original paroxysm. Throughout the rest of the 1980s and 1990s, she would have periodic episodes of severe fibromyalgia but the fatigue was gone or manageable.

She began a career as a US Congressional Aide for the representative in our area. She worked at that position for nearly 10 years. One day, while attending a function, she was poisoned at a restaurant. Whether it was bacterial food poisoning or the accidental introduction of a pesticide into a fruit cocktail is debatable, but 13 of 16 people at the luncheon became ill and fruit salad seemed to be the common denominator.

She relapsed into a such a state of fatigue that she had to quit her job (which she loved). That relapse occurred in August of 2001. She once again slowly recovered though the fibromyalgia persists. In 2003, I was diagnosed with prostate cancer at the age of 59 and had a radical prostatectomy. I do not know of any history of prostate cancer in the family. I am fine and cancer free since it was a very early stage. My wife takes Neurontin (for the pain of fibromyalgia) and a few other drugs (one to keep her iron levels stable since she seems to be unable to store ferritin adequately).

With what I knew about infectious diseases, I surmised from the beginning that some unknown virus was involved and that supplementing the diet with tyrosine would satisfy the parasite as well as provide the needs of my wife’s biochemistry. I was also hypothesizing that after a period of time, as her health improved, it may have been a consequence of her immune system “catching” up with the virus as she gradually quit taking tyrosine.

I also found that the combination of erythromycin and theophylline depresses natural killer cell activity and may have impaired an “ongoing war with the as yet unnamed virus, enabling it to flourish and result in the original paroxysm.

I am writing this email as a consequence of first learning today of XMRV and its possible relationship to CFS and prostate cancer. At first, I hoped to contact Dr. Lous Katz, Dr. John Coffin and Dr. Lucinda Bateman who appear to have considerable interest in XMRV and CFS. I was directed to your website and thought you might be interested. If you have access to the emails of any of the above docs, I would appreciate it if you might forward this letter.

We are both doing well but I thought there might be a nugget of info in this email that could be constructive in their research.


During tyrosine figure in her second recovery?

We didn’t try the tyrosine the second time but her recovery was quicker (2-3 months). Unfortunately, her congressman/boss lost the next election though it was unlikely she could’ve returned. I am now retired and it is highly unlikely that she will work again. What I didn’t mention in the earlier email is that the combination of erythromycin and theophylline triggers cortisol release which in turn would knock down NK cell activity.

The tyrosine idea may be purely idiosyncratic but it certainly can’t hurt. After all, tyrosine is an essential amino acid. Feel free to post it on your Forum.