After having lived for years with ME/CFS, Jody Smith learned there’s more to this beast of an illness than she realized, and that what might help one person may not help others … 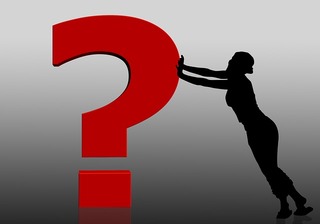 When I first got back online five years ago, I was naive in the ways of this beast we call ME/CFS.

Turns out I couldn’t have been more wrong.

I had been slowly recovering and I wanted so much to share what I learned with other people who were sick because then they would all get better too.

I started supplying free articles on ME/CFS to EmpowHER, the women’s health and wellness website I would go on to write and edit for full-time.


The reception I received was so welcoming and encouraging, and writing about the things that I needed so badly to express was so therapeutic, that my words poured from fingertips to keyboard like rivers.

This led me to start my website Ncubator, as the torrents of words kept flowing for weeks and months.

I met many amazing people online through Ncubator, EmpowHER, and then through Phoenix Rising after joining the forums. In my naïveté I would send emails full of the things that worked for me, expecting the same results to happen for the sick people I was writing to.

It was a shock to hear over and over that many of these things had already been tried without success.

As I mulled this over, I saw in a new light that this illness takes many different forms, and what works for one may not work for another, in fact it might make them sicker.

The low carb diet that helped me so much was no good for a lot of people I talked to. Some couldn’t handle meat or fat at all. Others did best with a more vegetarian or heavier carb approach that would have left me in the dust. Live and learn.

I’d have said I knew how enormous and daunting this monster illness was, but after this experience I was struck by the fact that if anything it was bigger and more malevolent than I had previously realized.

I also saw that as sick as I had been — unable to think or communicate, unable to get out of bed, or use crippled hands and arms, or make my fingers work — there were people who were sicker than I had ever been.

And as poor and as isolated as I had been, there were other folks who had less money, fewer resources and less help than I had had at my worst.

Some had no homes, due to financial reasons, others because their chemical sensitivities made it impossible to live inside. Some were too ill to go out of their homes, others were too sick to be able to go into one.

When my son Jesse got sick, most of the things that had helped me to creep towards health seemed to do nothing at all for him. His path has been slower and harder than mine was, despite the experience I’d already had for years before he fell ill.


I used to call ME/CFS my mystery disease, during the early years when I had no idea what I was dealing with or how to deal with it. Now I saw that no matter what I called it, this mystery disease presented itself in so many different forms, and responded — or didn’t respond — in seemingly contradictory ways from one patient to another.

Mind you, there were other people who I talked with who did find relief through some of the things I suggested. I was always surprised and pleased when this would happen.

ME/CFS is a beast and seemingly a chameleon to boot. But we will beat it. We will continue to learn about this illness, ideally with help from scientists and doctors who are in our corner.

Maybe one day we’ll even get help from some of the people in high places who have never been in our corner but who will eventually knuckle under to pressure to finally care for the sick. Hey. It could happen.

Meanwhile, we will continue to share our stories with each other, listen to each other, and pass on the things that help us heal, knowing that some of this will make a difference.

And even when the solutions have not been found for this person or that one, for this symptom or that, we will continue to be there for each other. Even when all we can say is that it sucks, and that we are thinking of them, we are making a difference for each other.

At least for those of us with the good fortune of being online, Phoenix Rising has been doing all of this, to the best of all our abilities as we try to make each others’ lives better, as we try to lift the fear and the heavy weight of this beast of a disease. The isolation and loneliness, living outside the camp in the wilderness, is lessened, becomes easier to bear.

We may not always know what to suggest to a sick friend. In fact maybe most of the time we won’t know what to suggest. But the fact that we care enough to try, and respond to each other with care and consideration, makes a difference. One that not too many years ago didn’t exist for many of us. Including me. And probably including you.