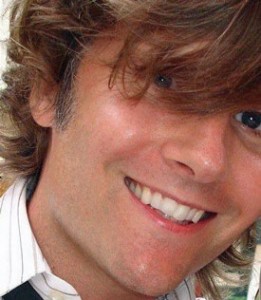 After 17 years of being ill with chronic fatigue syndrome, Patrick Wylie Kelly, took his life on April 15th leaving many in the ME/CFS community shocked.

An inspiring figure to many in Sept 2011, Patrick posted on the Phoenix Rising Forums that he (Hub_Halo on the Forums) was working on accepting the losses that come with the chronic illness and looking to find positives –something he had done  for years.

“Jumping off from Penny’s quote that about the fight to hold onto bits and pieces of our former life AND from Cort’s welcome and frank reminder that depression and chronic illness often go hand in hand—-if it’s not obvious, we have to fight to find (or create) positive things in our ME/CFS life as we mourn the loss of our old life.

Making room for both. Loss and moving — positively — forward.”

Feel your bare feet on the ground. The soil soothes, strengthens, and heals. Your Earth. Third planet from the Sun. Over 70% of the Earth’s surface is water, with a thin atmosphere of mostly nitrogen & oxygen. Earth supports ~8.7 million life forms, including potentially intelligent species such as dolphins and humans. Please enjoy your stay….

Patrick tried to uplift those around him – in fact he was known for doing that –which made his untimely death at 42 all the more difficult to accept. Again and again people noted his humor and his graciousness. Rivka described him as one of “the most positive and kind people’ she had ever met.

“Over the past years, I counted him among my good friends — but many of us likely felt that way because he was so outgoing and loving to all of us. He had been very sick for years. And most recently, he was doing much better; he told me he was going on walks and lifting weights. That was the last I heard and that was in December 2011. After I heard about his passing, someone told me that he had got much sicker again. No, I don’t know for sure if that happened. But certainly, if that is true, we all know that the dashed hopes after getting a bit better, and finally having a sense of some wellness, and then losing that yet again to a bedridden hell, can be devastating.

The crazy part is, he was one of the the most positive and kind people I have ever ever met. No exaggeration. Over the last five years, he was always unendingly telling me how we are going to get better”

Patrick was clearly an unusual man – funny, big hearted and articulate. For his Birthday in his Facebook site he put “Pick a day and send me something”. He had a lot going for him as a young man… a punk rocker and straight A student he stated that he “studied all my subjects + drugs and partying in high school” – he was clearly a well rounded individual (!)…. and graduated Phi Betta Kappa from college and then created a successful graphic design business. Following college Patrick successfully dealt with periods of depression using meditation and medication; in fact he felt having depression had, in the end, been something of a positive.


That was not true for CFS, however. In Dec 1995 Patrick got sick and like so many others never recovered. While Patrick had been able to cope  with and even surmount his depression CFS was another challenge indeed. Clearly a rather enlightened man, he reported he had looked for CFS’s lessons and failed ‘Unlike my first depression, CFIDS has never felt like a gift. Mostly because no matter how well I try to learn it’s lessons, it never leaves.”

He recovered enough by 1997 to pursue a work and crash, work and crash lifestyle – working well below his skill level as a freelance advertising writer. In 2005, quite sick, he moved to New York because he’d always wanted to live there…and there he was doing all the right things – he was on the Teitelbaum protocol and doing yoga, meditation, self-help CDs, journaling, al anon groups, eating no sugar, only healthy foods, and trying to be peaceful.

Patrick got around – his Facebook and Forum pages were filled with people who’d had significant conversations with him…The scariest thing about his death is how talented he was. Again and again people described a unique person gifted with an enormous drive for life.  I didn’t know Patrick but by the time I got through the tributes I sincerely wished I had.

“I already miss his giant smile, wild sense of humor, artistic zeal and the joy Patrick created. A wonderful, memorable personality, a kind and gracious man ….

“Handsome, multi-talented, witty and smart, Patrick was the star of our family and the best roommate ever. I will be forever grateful for the abundant warm and happy memories.” His Dad

”Smart, creative, witty, upbeat, supportive, and undeniably unique in all the best ways. He was also incredibly humble, given how talented he was. If he had not gotten sick, he would have surely been one of those people who had it all, because he had such enormous gifts and from what I saw a tremendous drive to live fully and accomplish a lot in his life.” Peggy

“Pat, your friendship had such a huge positive influence on my life and you probably didn’t even know it – because being nice is just who you were. Peter Schoenke

He was extraordinary — extremely smart and emanating kindness. He also seemed unedingly proactive about seeking out a better life. I hope his family and those closest to him can know that he touched a lot of others even while dealing with his own illness struggles, and I hope he is at peace. Peggy Munson

“Patrick had the most incredible combination of being simultaneously fearless and fragile. I believe he had the most beautifully creative mind I have ever in my life had the pleasure of briefly co-mingling with. Paul Durham

It tragic when anyone, let alone someone as dynamic as Patrick was, kills themself. His death is a loss not just to his family but to the many people he touched in the ME/CFS community.  The fact that he clearly was an unusual person who had dealt successfully with something as serious as depression but ultimately was unable to do so with chronic fatigue syndrome only underscores how difficult this disorder can be.

Two things to ponder 1) suicide often occurs during exceptionally dark moments which are often temporary in nature. If an individual can get through those they can often continue on. (2) Men are statistically much more likely to commit suicide than women.

Phoenix Rising has a Crisis Center with information on suicide and suicide hotlines throughout the world.  If you have concerns about someone try and get them help.