The campaign quickly outgrew its original focus on the US capital and now includes patient-led protests on May 25th at US Department of Health and Human Services (HHS) offices in Washington DC, Dallas, San Francisco, Seattle and Boston, and the Centers for Disease Control and Prevention (CDC) offices in Atlanta.

Protests will also take place on the same day in London, UK and Melbourne, Australia, with a Canada-wide online protest. Organisers are still sought for US locations with other HHS offices (New York, Philadelphia, Chicago, Kansas City, and Denver).

This is the first time that the ME/CFS community has taken part in a multi-city campaign. Patients too sick to attend can take part virtually, including by sending their shoes to represent themselves at the protest.


A list of demands will be presented to each country’s government health department protesting the lack of government funding for research, clinical trials and medical and public education on ME/CFS.

Phoenix Rising is proud to support the aims of the protest. The demands of the US protestors are:

Further details of the demands and their rationale can be found here. 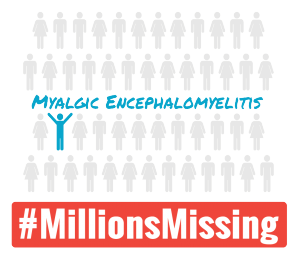 The action marks a year since #MEAction was established by documentary-maker Jen Brea with other ME/CFS patients, during which it has grown into a major force in the community.

The past year has been one of extraordinary change and promise for ME/CFS and the time feels right for patients to push hard at doors that may already be partly open. We wish the protest every success.