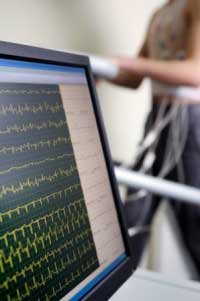 (In part two of the Post-exertional Malaise (PEM) series Jenny Spotila looks at the scientific evidence regarding PEM, including the startling repeat exercise studies done by the Pacific Fatigue Lab. She also examines the critical question “Is PEM unique to CFS”? Thanks to the CFIDS Association of America for allowing us to reprint Jennies article. The original article appeared here.)

Dr. Anthony Komaroff of Harvard University recently described post-exertional malaise (PEM) as “an illness within an illness.”1 This article, the second in a series, examines objective evidence of PEM and how it differs from fatigue in other illnesses.

PEM associated with chronic fatigue syndrome (CFS) dominates the patient’s experience of the illness,2 but PEM is generally considered a self-reported symptom because there is no clinical test to easily measure its occurrence and severity. However, researchers have been able to objectively demonstrate that PEM is a real phenomenon by inducing it with exercise testing and identifying differences in the physiological responses of people with CFS (PWCs) and healthy controls:

The full effects of PEM often do not emerge immediately after activity, and some researchers have examined the effects of exercise over a period of days. For five days following a maximum exercise test, CFS patients exhibited significantly greater fatigue of longer duration than controls, although they did not exhibit any change in activity levels.7In another study, patients and controls recorded their symptoms for seven days after a maximum exercise test.8 At 24 hours after the test, 20 percent of controls were completely recovered, and 100 percent were recovered after two days. None of the CFS patients were recovered after 24 hours, and only 4 percent recovered in two days. The majority (60 percent) took five or more days to recover from the single exercise challenge. A comparison of CFS patients and controls during four weeks of daily exercise indicated that the patients could not sustain increased activity beyond seven days, and were more likely than controls to develop exercise intolerance.9

Single exercise tests do not always show significant differences between PWCs and controls, but conducting tests on two consecutive days can produce dramatic results. VanNess and colleagues at the Fatigue Lab at University of Pacific measured cardiopulmonary function in patients and controls with a test/re-test protocol.10 During the first exercise test, CFS patients and healthy controls exhibited no significant differences in cardiopulmonary function. But when the subjects repeated the exercise test the following day, very significant differences emerged. Oxygen consumption varied by only 3 percent in the controls between the first and second tests. The CFS patients experienced decreases in oxygen consumption of more than 20 percent during the second test.


Fatigue is a significant and disabling symptom in many illnesses, including multiple sclerosis (MS), lupus, and rheumatoid arthritis. Fatigue in lupus has been described as “an extreme fatigue that interferes with many aspects of your daily life.”11 MS fatigue or “lassitude” is severe fatigue that is unrelated to physical activity, occurs on a daily basis, and interferes with functioning.12 Both of these descriptions are similar to how CFS patients describe their fatigue, but it is the effect of exercise on these illnesses that may truly distinguish them.

There is a growing body of research showing that MS patients can tolerate aerobic exercise, and also benefit from it.13 For example, in a four-week trial of aerobic exercise, MS patients improved their aerobic threshold, decreased fatigue, and only 6 percent of subjects experienced symptom exacerbation.14 The Medical Advisory Board to the National Multiple Sclerosis Society recommends regular aerobic exercise geared to the person’s ability as one of the clinical management strategies for MS fatigue, even for the 50-60 percent of MS patients who say fatigue is one of their most troubling symptoms.15 The same holds true for patients with lupus and rheumatoid arthritis. Aerobic exercise training in lupus patients has been shown to improve aerobic capacity and exercise tolerance, while also not exacerbating the disease.16 In rheumatoid arthritis, studies show that regular exercise helps reduce joint pain, increase joint mobility and strength, and improve mood.17 While all these illnesses require rest and pacing, exercise does not appear to have the same aggravating effect on symptoms that it does in CFS. 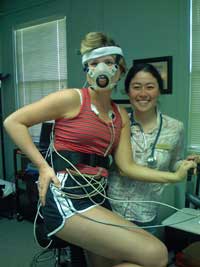 In fact, PEM can be used to differentiate CFS from other illnesses. The presence and severity of PEM was among several symptoms that distinguished PWCs from people with major depressive disorder with complete accuracy.18 In the test/re-test protocol used by VanNess and colleagues, the 20 percent decrease in cardiopulmonary function in CFS patients during the second test is unique. Variation in cardiopulmonary function has been measured in people with pulmonary hypotension, end-stage renal disease, cardiac problems and cystic fibrosis; none of these patient groups exhibit more than a 7 percent variation in function.

The authors conclude, “We believe that this difference may be a distinctive feature of the syndrome and allow differentiation between the fatigue produced by CFS and fatigue associated with other illnesses.” 19
Whether objective measures of PEM can be used to confirm a CFS diagnosis remains to be seen, but the evidence indicates that PEM is the result of disturbances in many body systems. The next article in this series will review that evidence and consider what might cause this “illness within an illness.”