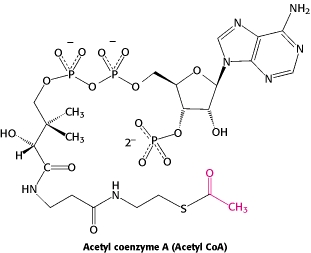 Energy. It’s defined by Merriam-Webster.com as the force that drives and sustains mental activity, and the capacity for doing work. ME/CFS is noteworthy for a dearth of it.

Anyone with ME/CFS knows all too well what it’s like to be so exhausted that we can’t lift our heads. We have very likely had the experience of being stopped mid-thought as the mental energy used by our brains seems to simply disappear. We know what it is to be unable to sit upright, or to walk down a hallway, because we do not have the energy.

When we say we lack energy we don’t mean what other people do by that. Other people might be saying that taking care of the family after a day at work drains them of much energy. They may find it hard to get through an afternoon drop in blood sugar while making it through to the end of the workday. Many people with ME/CFS would give their eye teeth to live with that level of tiredness.

Other people may also feel worn out after too much exertion but rarely will the “normal” person be literally unable to move or to think or to speak. However it’s not at all unusual for people with ME/CFS to spend days, weeks, months and possibly years in such a state of limbo.

Dr. David S. Bell has diagnosed and treated many people with ME/CFS in his decades-long quest for answers. In his book Cellular Hypoxia and Neuro-Immune Fatigue, Dr. Bell wrote that ME/CFS is part of a spectrum of illnesses he calls Neuro-Immune Fatigue.


He posited that a feature of this Neuro-Immune Fatigue is the dysregulation of cellular metabolism. The mitochondria (our cells’ power plants, and the location where enzymes used in the Krebs cycle are found) are rendered incapable of using oxygen effectively.

What is the Krebs cycle?

The Krebs cycle is the fundamental process involving production and usage of adenosine triphosphate (ATP). According to the Genetic Home Reference from the U.S. National Library of Medicine of the National Institutes of Health, ATP is a substance that provides energy for many metabolic processes in all living cells. It is also involved in manufacturing RNA.

German biochemist Hans Adolph Krebs recognized the cycle that was named from him in 1937. Krebs won the Nobel Prize for Physiology or Medicine in 1953.

How does the Krebs cycle work?

Generally, the breakdown of glucose produces energy in the form of ATP. Less often, proteins and fats will also create energy. Energy then moves from one area of the body to another. The Krebs cycle is the metabolic pathway for all living cells. Carbohydrates, fats and proteins are converted into carbon dioxide, water and energy.

Carbon dioxide stimulates breathing. ATP enables cells to use energy to synthesize proteins from amino acids, and to replicate DNA. This makes it possible for living beings to create and use their supply of energy. As long as this process carries on, life carries on as well.

The Krebs cycle originates with production of acetyl co-A, which is created by the combination of pyruvate (final product of the glycolysis cycle) with the enzyme coenzyme A. Acetyl co-A then combines with oxaloacetic acid, creating the six-carbon molecule of citric acid. A series of enzymatic catalysts propel as many as ten reactions of the Krebs cycle.

The catalysts transform various molecules, one of which is NAD (nicotinamide adenine). The molecule NAD receives high energy electrons transmitted by various enzymatic steps. NAD forms NADH after binding to the electrons.

The Krebs cycle manufactures high-energy phosphate compounds, which are the main source of cellular energy. Impairment of the production of ATP by the mitochondria has long been thought to cause chronic illness.


Bell postulates that ME/CFS involves septic shock, beginning with a serious infection, the production of cytokines, an increase in nitric oxide, and ensuing problems with cellular energy production. He believes that oxygen starvation occurs due to many factors which ultimately result in hyper-aroused immune response, hindering cellular production of ATP. Dr. Bell sees this as potentially the root cause of many ME/CFS symptoms.