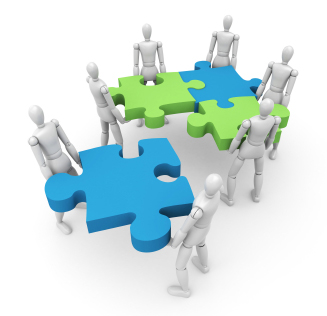 The State of the Knowledge Workshop is here and it’s a good one. A hearty congratulations to Pat Fero, Mary Schweitzer, Ken Friedman, Dr. Jason, Dr. Klimas, Dr. Vernon and Dennis Mangan for what they’ve produced.  The last NIH Workshop/Conference of this sort was the Neuroimmune Conference of eight years ago and was filled with NIH researchers who had little or no experience with CFS. This conference on the other hand is packed with ME/CFS researchers.

After overviews by Dr. Komaroff (who else?) and Dr. Jason (who else?) on characterizing and defining ME/CFS the Workshop jumps into four 20 minute presentations on EBV (Glaser), enteroviruses (Chia) and XMRV (Mikovits/Coffin).  Then its onto Systems Biology section which should be interesting given the news that Gordon Broderick is really onto something with his work with Dr. Klimas, Dr. Fletcher and Dr. Vernon.  The Kelley talk “From Systemic Infection to Brain Inflammation” will be intriguing given that broadly speaking the idea of an infection spurring changes in the brain activity may be the most ‘sought-after’ model for CFS.

Dr. Fletcher is next. She and Dr. Klimas have been at the forefront of immunological research into CFS for two decades. Recently they released a paper that validated their NK cell findings in a big way and which proposed a possible biomarker for CFS.  The word is that they too may be about to release several eye-opening papers. Dr. Francis Collins, the head of the whole NIH,  will pop up again in a brief talk from 2:30-2:40 EST – one hopes he will use this opportunity to report about more funding for ME/CFS?

The next hour will be particularly interesting as Dr. Light will report on her fascinating exercise/receptor upregulation studies and Dr. Baraniuk, will report on his followup spinal fluid brain proteome study, which we have heard was successful. A validation of the earlier study which suggested that amyloidic proteins may be causing small tears in the blood vessels of the brain – would be a big step forward – particularly after the successful Schutzer spinal fluid protein study of a month or so ago.

It only gets better when we look at exercise and muscle functioning and energy production fro Dr. Kent-Braun and Dr. Snell in the next session. (See the recent overview of 2010 exercise research below).

The Treatment section will not involve Dr. Montoya and his study unfortunately but Dr. Friedberg will talk on ‘self-management’  – always an important category when so few other viable options exist (and many people can’t get to ME/CFS doctors) –  and then Dr. Bateman will delve into a fuller appraisal of the treatment options for ME/CFS.

Summaries will be given for each session (hopefully brief ones), the DHHS will speak on something – its not clear what but since they hold all the money, it could be interesting…. and then there will be a full Q&A session – perhaps the most interesting part of the Workshop and then that will be it.

Webcast of the State of Knowledge Workshop

Some research overviews were done to get to speed on where we’re at. Check them out below.