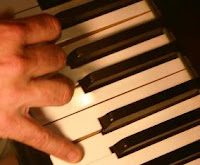 I have waited 6 full months to be able to say this, and the day has finally arrived. So here it is: I know without a shadow of a doubt that Ampligen works. As I finish my 24th week of Ampligen, I can say with confidence that this amazing drug has performed “as advertised,” and then some.

I know this not only because of the numerous physical and mental tests I take at the clinic that tracks my progress and improvement, but most importantly for me, I know Ampligen is working because of my own, secret test. Let me explain.

Over 6 months ago I arrived in this city after enduring a cold, cramped 16-hour overseas flight, barely able to walk from the plane to the baggage claim. My deterioration in health had gotten so bad I was barely able to get out of bed, so I came here as a last resort, leaving my home half a world away believing that this “experimental drug” called Ampligen was going to give me my life back.

Because of the flight, by the time we arrived at the hotel, I was really sick. Ears ringing, glutes and legs aching, all I could think about was getting into bed with the lights off. As we scuffled along to the elevators, we passed a baby grand piano in the lobby. With hope in her eyes, my wife asked me “do you want to play a few bars, sweetheart?” I shook my head no, and managed to mumble a weak, sad, “No. I really can’t right now,” and continued into the elevator. Had I had any surplus energy, I would have cried, seeing the look in my wife’s eyes.

You see, until recently, no matter how sick I felt, my wife knew that I could always play the piano, and it would cheer me up. And cheer my wife up too. But over the past few months, even that joy was taken from me, as just sitting at a piano bench hurt my butt. And the act of thinking about chords hurt my head.


All of us who fight this disease have varying degrees of limitations as a result of our infirmity. By reason of the insidious nature of the viruses that activate and invade our brains and our central nervous systems, pleasures we used to enjoy are stolen. We’re on the lower leg of Maslow’s hierarchy of need, and survival occupies all of our energies, with the disease slowly but surely stripping away all the rest.

After a while, if you’ve been sick for years, you end up forgetting what “normal” life is. Gone are the days when we’d walk to the market. We no longer workout at the club, because exercise like that makes us pay big time the next day. We don’t cook that favorite recipe anymore, because standing at a stove for that long is impossible. We don’t play the piano anymore, because strangely, we can’t remember the chords and our fingers have lost dexterity. Studies show the disease is actually eating up our brains, as evidenced by lesions.


That’s what happened to me. The last time I tried to play one of my favorite Bossa Nova classics, a couple months before we came to the clinic, I couldn’t get it together. I was in the wrong key, my mind was frazzled, I couldn’t remember the chords. So I quit, frustrated. As I stepped away from the keyboard, I made a vow to myself. “If Ampligen works like they say it does, someday I’ll be able to play this song again, without mistakes. THEN I’ll know everything is going to be all right.”

Because of the documentary film “The Buena Vista Social Club” I knew that music in the brain had a special “place” and that music memory, and finger memory could survive periods of inactivity.

In that awesome award-winning film by Wim Wenders, guitarist Ry Cooder tracks down an aging pianist in Havana named Ruben Gonzales, who was world-renowned before the revolution. But after Castro and communism took over, jazz clubs were closed, pianos were sold, and pianists like Ruben had to find work in other ways. In 1996 Cooder brings Gonzales to an old venue in Havana where there is still a working, almost in-tune upright piano. Because of Castro’s prohibition and Gonzales’ arthritis, it had been years since Ruben had played the ivories, and he looked tentative. But with Cooder’s encouragment, Ruben sits down, places his weathered hands on the keys, and just starts playing like it was the 50’s again. No mistakes. No hesitation. The voice over on the film goes on to say “Ruben played like that for hours, non-stop, as if nothing had changed.”

It’s been obvious to me over the past few weeks, that things have been improving greatly in my body. I walked 5 blocks to the market this afternoon. I am now back at the gym, doing exercise every day, and I’m able to stand at the stove and cook again.

Yesterday at the clinic they shared with me that all their tests showed I was making great improvement. From the results of my latest blood work, the physical exam, and numerous other tests, Gwen my nurse had no problem telling me that the Ampligen was working.

But I had one more secret test she didn’t know about that was still pending.

Back at my apartment, turning on my vintage 1977 Fender Rhodes that I had shipped here on faith, I sat down on the hard stool, flicked on slight vibrato, closed my eyes, and felt the 9th chords by memory. Whether it was physical memory or muscle memory I can’t be sure. All I know is, for the next 15 minutes, my aging fingers found enough of the right keys to musically transport me to Havana, and my soul warmed.

As I watched my own hands find chords and keys that just a few months before were evasive and confusing, I knew. My health was returning. The Ampligen was working.

Everything was going to be all right.