(Dark Days in Europe – Not long after Dr. Myhill was attacked (and got reinstated) two physicians in Belgium are threatened with the loss of their license as well.)

“Chronic fatigue is a rubbish-dump” – The battle for the CFS patient. 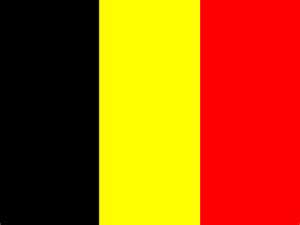 Brussels – Yes or no, psychosomatic or more than just ‘all in the mind’? The discussion about chronic fatigue (CFS) rages on since many years. This afternoon the matter will be pushed to the extreme, as Francis Coucke appears before the Order of Physicians. They call his treatment of CFS ‘non-scientific’. That’s bullshit, say his patients, and dozens of them are heading for Brussels today to support their doctor.

They even hired a bus to join forces. About 50 patients have registered, but Julie Vanherck hopes around 150 people will be present. “We even received e-mails from the Netherlands, from people asking us for permission to follow the bus in their cars”.

A disaster, that’s what Julie Vanherck calls this procedure the Order of Physicians initiated against Francis Coucke. This afternoon Francis Coucke has to justify himself before them for his ‘non-scientific’ treatment of patients with chronic fatigue syndrome (CFS). He risks being suspended for a two year period. Earlier, in June last year, Coucke and his colleague Annie-Marie Uyttersprot have already been fined a sum of 635.000 Euro. According to INAMI they had prescribed medications that CFS patients do not qualify for, but the two doctors appealed against the decision.

“I know for sure”, says Julie Vanherck, “if dr Coucke hadn’t treated me, I would have been in a wheelchair by now. Thirteen years ago I was diagnosed with CFS, and, since then, I went through all the ‘normal’ treatments: behavioural therapy in the CFS reference centre in Leuven, pain medication, antidepressants. But I never got better. When the pain and fatigue continued to worsen early last year, I went to see Dr Coucke. He gave me infusions with amino acids and parenteral nutrition. Because the cause of my complaints was not, or not exclusively, psychosomatic, Dr Coucke told me. It appeared I had serious stomach problems and a malfunctioning immune system – my body weight was hardly 53 kgs at the time.”


Whether or not psychosomatic, it touches the core of the discussion that’s been going on about CFS over the years. It is generally accepted that CFS is caused by stress, and therefore is essentially psychosomatic. To be blunt here: it is – for the most part – all in the mind, although an infection, difficult childbirth, or a whiplash, can be triggers.

But not nearly all doctors look upon it that way. “I think far too many people are receiving a diagnosis of CFS”, says Francis Coucke, internist, endocrinologist (‘hormone specialist’) and geriatrician. “They show symptoms like fatigue, sleeplessness and muscle aches, and, because there is no immediate evidence of a cause, they are classified as CFS patients. While in most cases, if you look deeper, there is a demonstrable cause. You can consider it like this: CFS doesn’t exist – in those few cases where we cannot find a cause, the patient is often suffering from depression. CFS is a rubbish-dump, and I am trying to clean it up.”

More specifically, Dr Coucke always checks three factors: nutrition, immune system and hormone levels. If one of these systems is dysregulated, it often explains – according to Coucke – the symptoms of CFS. “I had a woman who came to see me who had received a serious blow to the head. She developed symptoms indicative of CFS, but when I saw her, I noticed there was a problem with the pituitary gland, the gland located in the anterior side of the head, that produces many hormones. The blow had caused a nearly complete stop of growth hormone production, so I supplemented with growth hormone. She is working again now.”

It sounds simple, but, if that were true, why doesnt regular medicine arrive at the same conclusions? Because, says Coucke, regular medicine is far too rigid, and he’s not the only one who holds this opinion. Other doctors like Michael Maes and Kenny De Meirleir are equally arguing in favour of alternative therapies. “Take the hormone cortisol. A patient’s cortisol values need to be very low if he wants to qualify for treatment with extra cortisone in regular medicine. I do that much faster, because I believe low cortisol also contributes to fatigue. But how do INAMI and the Order of Physicians respond to that?: You give cortisone to patients who do not qualify for that, because in fact they have CFS.”

“As simple as it may sound, the reality, unfortunately, is much more complex”, says Boudewijn Vanhoudenhove, professor emeritus in psychiatry, and the driving force for many years of the CFS reference centre in Leuven. “We also performed tests with extra cortisone for CFS patients. Initially this gave a slight improvement in some patients, but not at all in the long run. And that’s logical if you think of it: if you give cortisone, you are sending a signal to the brain that it had better stop producing cortisol. So that method doesn’t work, and we proved that with groups where one half of participants received real cortisone, and the other half a placebo. Just like scientific research has to be done. But that’s not what Dr Coucke is doing: he is experimenting, but he cannot prove that his methods are equally effective and reliable on a larger scale.”

Isn’t that a critique by a field that likes to stick with the old ways and abhors experiments? ‘Not at all’, says Prof Van Houdenhove’, “I don’t object to the fact that, beside the more conservative doctors, some doctors like to experiment more and deviate from the beaten track. And I don’t give an opinion on the sanction that Dr Coucke could incur, which is very severe. But even doctors who experiment have to take the necessary next step: prove scientifically that their successes are not chance hits. And that’s where it often goes wrong. The only thing that has ever been proven scientifically, is that CFS is a stress-related condition, that has indeed some physical aspects, but is best treated with behavioural therapy and adapted revalidation. The first thing patients should learn is how to cope with the disease. The better they do that, the larger their chance of a natural recovery.”

Vanhoudenhove acknowledges that it is not a miracle therapy. In 2008 there was a huge critique of the 5 CFS reference centres, where patients are treated with this behavioural therapy. Not very successful, that was the judgment of the Federal Knowledge Center for Healtcare, and the High Council of Health.

“That criticism was issued because INAMI’s expectations were too high” says Van Houdenhove. Their intention was to get as many patients as possible back to work, but that aim has shown to be too high. A fast recovery, let alone a complete cure, is generally not possible in CFS – that’s our experience of the past years. That is hard, most of all for the patients, but there is no alternative. By the way – Dr Coucke may boast of his successes with patients – I can also immediately provide you with a list of patients who are satisfied with the CFS centres. And who, thanks to behavioural therapy and gently increased exercise, are much better today.

Moreover, it is not without a good reason that regular medicine is so strict, says Prof Van Houdenhove. “Don’t forget that cortisone and other experimental treatments have side effects that are not always harmless and may worsen the patient’s problem. Extreme caution is necessary with this sort of medication – why don’t you ask an internist, a specialist in these matters.

So, an internist, in casu Professor Daniel Blockmans (KULeuven). He is even more harsh: “Whatever some doctors might claim, nearly everyone in the scientific literature agrees: CFS is a psychosomatic condition, period. Of course the immune system and hormone regulation are sometimes disturbed, but that’s the whole ‘chicken and egg’ discussion: those disturbances are not the cause of the extreme fatigue, they are the consequence. Doctors who turn that around are quacks, even if they hold a degree.”


And the Order of Physicians themselves? They didn’t want to comment. “The session is public, madam, so feel free to attend. This is a very serious disciplinary case, which we will not discuss in advance”.