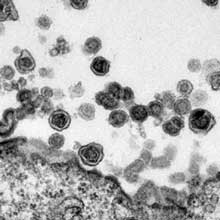 After a turbulent couple of weeks in which both the negative CDC paper and positive Alter paper were reportedly about to be published and then, at the behest of public health officials at the DHHS, both were withdrawn, the CDC paper was published in the Journal Retrovirology. As was rumored it was negative on all counts – no XMRV was found. Perhaps not surprisingly it was quickly engulfed in controversy.

Participants – The lead author, WM Switzer, has 70 citations in PubMed – many of which are on HTLV. Oliver Hohn -associated with the Robert Koch Institute in Germany – was a member of the German team that recently found XMRV in the respiratory tract of immune compromised patients. Graham Simmons, a member of the Blood Systems Research Institute at the University of California at San Francisco, has a fairly short but rather jam packed publishing record dating back a few years. Walter Heneine was heavily involved in the DeFreitas retroviral research at the CDC in the early 1990s.At one point he tried to bolt the research project fearing that it would taint his career. Apparently it didn’t; he’s still at the CDC and he was one of five researchers from the Division of HIV/AIDS at the CDC searching for the virus.

Dr. Reeves publicly criticized Science for accepting the original paper and stated he didn’t expect the CDC would be able to find the virus – yet still played a major role in the study; providing the patients, helping to design it and writing the paper. The HIV/AIDS personnel at the CDC, and personnel at the Robert Koch Institute and Blood Systems Research Institute looked for the virus.

Antibody Results – First the CDC personnel crunched up cells that were infected with polytropic murine leukemia retroviruses (MuLv’s) (PMLV) and then developed Western Blot antibody tests that reacted against antigens found in the env and pol regions of these viruses. Two of the tests had been used successfully in studies before to find the virus; Lombardi used the SFFV test to detected XMRV in 19/30 patients in the Science paper. Dr. Singh used another test to prove that XMRV was present in prostate cancer. 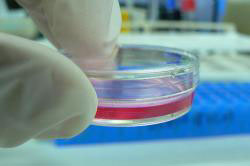 Results – None of the 51 CFS samples or the 53 healthy controls samples reacted to any of the antibody tests. Nor did sera from 121 anonymous blood donors. The Robert Koch Institute in Germany was also unable to find XMRV using ELISA tests against Gag and Env proteins in these samples. [/QUOTE]It may (or may not) be important to note that none of these studies tested antibodies against XMRV itself because no validated antibody tests have yet been developed. All the studies argue, however, that XMRV is similar enough to murine leukemia retroviruses that antibody tests developed for them should also pick up signs of XMRV infection as well, and indeed they did in two studies.

PCR tests – a PCR assay on the gag section of the virus that was used by both Dr. Singh and Dr. Lombardi (in the Science paper) to find XMRV in prostate cancer and CFS patients and they looked for a ‘highly conserved’ pol sequence present in both XMRV and MulV. (The pol sequence changes little over time and thus is a check against genetically varied samples) They used

samples provided by Dr. Silverman at the Cleveland clinic to ensure that they were able to find the virus. They reported the assays they used were four to five times more powerful than any of the assays used in the previous studies which meant they should have been able to find very small amounts of the virus.

Why the Differing Results?

The CFS-Lite Cohort – the cohorts in the CDC paper little resembled the cohorts in the original Science paper. The authors noted that 50% of the patients in their study had not consulted a physician and that 75% of them had a gradual onset. The group the CDC tested, while ill, was surely the ‘CFS-lite’version of CFS and they contrasted greatly with the more severely ill patients in the original Science study.

Looking over the results of the past eight months, the authors made a case that the search for XMRV in CFS – as they know it – is over. Yes, they noted that they were minor differences in the assays used and there were cohort differences but their analysis left little doubt that they felt neither could explain the differing results. They called for more testing of the general public but not for CFS.

Canadian Consensus Criteria – They did consider that the WPI study – by incorporating patients defined by the Canadian Consensus Criteria (CCC) – contained patients that had neurologic conditions (such as MS) that were exclusionary for CFS – a rather arrogant statement from a group that has little actual experience with patients. The patients in the WPI study were screened by long time ME/CFS physician who are presumably well aware, by now, of differences between a multiple sclerosis patient and a ME/CFS patients.

The CDC’s questions about the CCC speaks to the gulf between the ‘clean’, sanitized world of a research lab and the messier but in many ways more accurate world of a CFS physician. ME/CFS patients get to the doorsteps of CFS specialists – usually after years of searching out other causes for their illness- precisely because they don’t meet the criteria for other diseases. They often display neurological and other abnormalities that leave the medical world – but apparently not CDC researchers- shaking their head in confusion. It was bitterly ironic, as well, to hear the charge that the WPI was too inclusive in its patient selection, coming from the group whose definition of CFS had increased prevalence rates fourfold – allowing large numbers of ‘new’ CFS patients into the fold.

A Strong Paper? – That was a secondary point however. On the face of it the CDC paper appeared to be very strong. Multiple tests, some of which had successfully found XMRV before, were done and blinded outside labs were used to verify the results. The assay strength was considerably increased. The issue of using PBMC’s rather than plasma for the PCR seemed problematic but aside from that, the paper looked, at least from a laymen’s perspective, quite strong.

No Blood From a Stone

The Research Director of the CFIDS Association, Dr. Vernon, disagreed. In the most scathing re

view of any XMRV publication yet by a scientist, Dr. Vernon, a former employee of the CDC, publicly questioned whether the CDC team was interested in finding the virus at all. She didn’t fault the outside laboratories -which she felt were ‘technically competent’ to find the virus – the problem, she felt, lay deeper.

She noted that the type of test tubes used to collect the blood were different in each of three cohorts and weren’t suited for preserving pathogens. (The WPI study used tubes laced with sodium heparin that were designed to help researchers isolate pathogens. The CDC’s unwillingness to use such test tubes as far back as 2002 speaks to their longterm lack of interest in pathogens in CFS). She also noted that the study stated plasma was collected from the 18 Georgia study participants yet the tubes used were not suitable for collecting plasma – throwing into question the provenance of those samples as well.

Quote:
“ the explanation for not finding XMRV in these samples is simple – this was a study designed to not detect XMRV using a hodge-podge sample set. “

Dr . Vernon’s critiques have become more pointed over time. They have differed in substance but tend to end on the same note – her fear that improperly done studies now imperil the possibility of getting the right kind of studies done in the future. .

She ended her lacerating critique of the CDC by suggesting that its shoddy effort had only diverted precious resources and time stating all “Studies such as this one from Switzer, et al., continue to absorb time, divert precious resources and fuel controversy instead of consensus.” Time is a wasting, she seems to be saying…. problematic studies using different techniques are beside the point…what is needed is a true replication study. Dr Vernon noted that the ‘exacting methods’ of the original Science study will make replicating it difficult, which is surely one of the reasons it hasn’t been done yet, but she asserted that a replication study involving multiple laboratories that use split samples must be done.


No answers! – Indeed her response highlighted how little we know at this point . The negative studies contradict the WPI/NCI/Cleveland Clinic study yet they can hardly say exactly why. The CDC noted cohort, assay and regional differences but then argued they were too minor to be important. As of yet no group has identified how the WPI/NCI/Cleveland Clinic study might have gone wrong – they’ve just indirectly implied that it did go wrong – leaving the patient community confused and upset.

Time For Action – The fact is that, after basically being ignored by the research community for decades, 1-4 million people in the US and tens of millions of people around the world deserve – – to at least have this one effort done definitively and properly.

The events of the past week – a negative study presented while a positive study is held back at the behest of DHHS officials – makes it more critical than ever, if the relationship between the CFS community and federal officials is not to be permanently impaired, that a true replication study using multiple labs be done.

After decades in the medical wilderness, with few satisfactory treatments, with amongst the lowest levels of research funding for any disease, 1 million CFS patients in the US deserve, after being presented with an event of such startling hope and promise, that this finding, this time be fully explored.

There should be no doubts from anyone at the end of this dance about XMRV’s role in CFS. If the millions of people with ME/CFS deserve anything they deserve that.