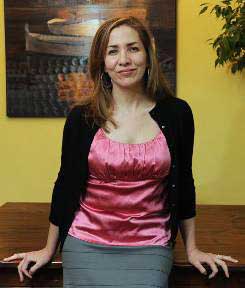 By Deirdre Donahue, USA Today (click here for the original article – hopefully USA Today will indulge our printing their review)

“My books are my way of speaking to the world.”

“I write about people and animals in motion,” says Hillenbrand, seated on a chair in the house she almost never leaves. Chronic fatigue syndrome (CFS), a mysterious and debilitating malady with a trivial-sounding name, has turned the 43-year-old into an unwilling recluse, a modern-day Emily Dickinson.

Nearly a decade ago, Hillenbrand became a publishing star with her first book, the forgotten story of a sweet-natured racehorse whose will to win — despite crooked legs, injuries and old age — gave hope to Americans during the Great Depression. Seabiscuit(2001) was an international best seller and a hit 2003 movie starring Tobey Maguire and Jeff Bridges.

On Tuesday, Hillenbrand returns with a second non-fiction title, Unbroken: A World War II Story of Survival, Resilience, and Redemption (Random House, $27). Amazon has already declared it one of the top 10 books of 2010, while Publishers Weekly‘s advance review called it “just as much a page-turner” as Seabiscuit.

It’s the story of Louis Zamperini, an Olympic runner and World War II bombardier who survived 47 days on a raft adrift in the Pacific after his plane was shot down in 1943. Captured by the Japanese, he was savagely beaten and starved by his captors.


Tormented by post-traumatic stress disorder after the war, he survived, even triumphed. Now 93, Zamperini gives motivational speeches, flies a twin-engine plane and maneuvers the L.A. freeways in his car, day and night.

Writing about a thundering Thoroughbred and an Olympic athlete “lets me climb out of my body,” Hillenbrand says. Though she describes in detail the B-24 plane Zamperini flew in during World War II, she herself has not been in the air in 20 years. The author of Seabiscuit cannot go to the racetrack. Researching these vigorous lives “is a liberation” in mind and spirit if not body.


Her latest subject, who is helping to promote Unbroken, has never met Hillenbrand, even though she interviewed him about 75 times.

“That woman had not been out of the house two times in two years,” Zamperini says by phone. “Her suffering made her able to relate to what I went through in prison. … She puts her heart into her books.”

They came close to meeting once in 2008. “I was in Washington on a speaking tour, but she wasn’t feeling well that day,” he says.

At the pretty yellow row house where Hillenbrand lives, quiet is the operative word. Her protective husband, Borden, a professor of political theory at American University, politely but firmly stops a visitor, asking that shoes be removed before entering because the city has been spreading rat poison.

This is the house of an invalid, though anyone looking at Hillenbrand’s radiant author photo or hearing her on the radio or phone would never suspect it. She’s charming and pretty in a long silky skirt, but because she seems to have so little energy, you believe her when she says, “sometimes it hurts to move my eyes.”

Hillenbrand’s illness first appeared on March 22, 1987, when she became nauseated and chilled on a car ride back from spring break in Maryland to Kenyon College with Borden and another friend. The Centers for Disease Control and Prevention recognized CFS in 1988 as an illness, but its cause remains unknown and there is no known cure. According to CFIDS Association president Kimberly McCleary, the condition afflicts an estimated 1 million Americans. (CFS is also known as chronic fatigue and immune dysfunction syndrome, or CFIDS.)

Hillenbrand can write on a computer but cannot read books because looking down exacerbates her vertigo. “Everything is moving,” she says. “Even in my dreams. It’s quite unbearable.”

She conducts interviews by phone and by e-mail. Friends photocopy material from places like the National Archives. After a serious relapse in 2007, she did not leave the house for two years, when her husband drove her to a nearby Starbucks. She has never gone on book tour. She attended Seabiscuit‘s Washington film premiere in a wheelchair.


“I have an illness I cannot defeat, so I’m interested to see how other people have endured great hardship,” she says.


Hillenbrand came across Zamperini’s name while researching Seabiscuit. The two athletes shared the sports pages during the 1930s. At a time when elite runners were world celebrities, Zamperini, who lived in Torrance, Calif., was a schoolboy sensation, having set the national high school record for the mile in 1934. At 19, he made the 1936 U.S. Olympic team, the youngest distance runner to ever make the U.S. Olympic team.

Though he did not win the 5,000-meter race, he made headlines at the Berlin Olympics. First Hitler complimented him on his blistering last lap. Then Zamperini stole a Nazi flag from the Reich Chancellery and was chased by guards.

Fascinated, Hillenbrand wrote down his name. “Right away, I knew I wanted to contact this guy.”

In 2002 she did so. But Zamperini told her there was no point because he’d just finished his autobiography, Devil at My Heels, published in 2003. “I got everything. There is nothing left,” he told her. “How wrong I was.”

Zamperini’s B-24 crashed into the Pacific Ocean on May 27, 1943. Only three of 11 men onboard survived. Sharks attacked their rubber raft while Japanese pilots strafed them. Zamperini, the bombardier, and his pilot endured, but the third crewmember succumbed (after secretly eating all the emergency chocolate rations the first night). After a record 47 days adrift, the two emaciated airmen were found by Japanese sailors and imprisoned.

Hillenbrand and Zamperini became friends over the phone. “She’s so sweet, you can’t resist giving her information,” he says. Eventually, he sent her a lifetime of clippings, diaries, photos, letters and memorabilia going back to 1917. One scrapbook weighed 63 pounds.
Zamperini read Unbroken sitting in his Hollywood Hills apartment and compared it with his own autobiography. With Unbroken, he says, the writing was so vivid, the details so accurate, “I felt I was back in prison. I’d have to stop and look away.”

To Zamperini, Hillenbrand is a writer of genius: “And I just can’t believe the research. She knew more about my life in prison than I did.”

Unbroken does not skirt Zamperini’s later difficulties. After the war, he became an alcoholic consumed by hate for a particularly savage Japanese guard, almost destroying his marriage to a gorgeous young debutante. But after he attended a Billy Graham revival in 1949 at his wife’s insistence, he stopped drinking, forgave his Japanese captors and devoted himself to motivational speaking, to rearing his daughter and son, and to a camp he established for troubled boys.

Hillenbrand has had her own share of troubles. She went from being a college student suffering from apparent food poisoning to dropping out three weeks later. She visited doctor after doctor who assumed her symptoms — profound exhaustion, weight loss — meant she was depressed or anorexic until an expert at Johns Hopkins diagnosed her with CFS.

Mad for horses since childhood, Hillenbrand in 1988 began writing articles about horse racing and equine medicine for magazines including Equus. She found inspiration for her first book when she saw a photograph of Seabiscuit’s jockey, who was blind in one eye. Red Pollard’s underdog back story and endurance in the face of physical pain exceeded even that of his horse.

Hillenbrand has never hidden her condition. In 2004, she won a National Magazine Award for a piece in The New Yorker called “A Sudden Illness.”

“Laura is a champion for everyone who suffers from this illness,” says McCleary, who has become a friend. In the USA, she says, “we don’t have a lot of tolerance for chronic illnesses.”

Because there is no diagnostic test for CFS, people tend to dismiss it as a non-disease. The name doesn’t help. “It sounds how healthy people feel after the end of the week,” McCleary says.

Perhaps there are parallels between Hillenbrand’s and Zamperini’s stories. Hillenbrand believes that the USA might not have won World War II if the country had not endured the Depression. Zamperini, she says, is “the quintessential child of the Depression. Tough, hardy, self-reliant, with a real can-do spirit.”

And so a visitor has to wonder: Would Hillenbrand have been able to write Seabiscuit and Unbroken had she not gotten sick?

“I would never say ‘thank God I got CFS,’ ” she replies carefully. But yes, “suffering can make you more compassionate,” more able to imagine the pain of others.

In her life, Hillenbrand has no distractions — no children, no travel, no glamorous literary soirees to schedule. There is her husband, who has been by her side since 1987. “He’s my whole life,” she says.

And her writing. “My books are my way of speaking to the world.”

Unbroken will be released on the 14th but you can pre-order it. If you order it through Phoenix Rising’s Amazon.com US or UK Bookstore a portion of the sales will go support PR. (Typing in either Hillenbrand or Unbroken will bring up the book)