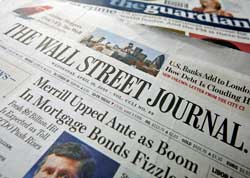 This is a great sign from Amy Dockser Marcus that for her ME/CFS is bigger than XMRV – that she’s interested in the disease itself.

We don’t know how XMRV is going to turn out but we do know that, whatever happens with XMRV, we want Amy and others to remain interested in ME/CFS – and we have to help her with that. This article has alot of great stuff in it – it’s the kind of article we really want to promote – thus far, however, it has not attracted many comments.

In this article she highlights intriguing research possibilities. For instance check out this Columbia study – Mady Hornig sounds pretty serious about the big pathogen study!

Quote:
And in a program at New York’s Columbia University, researchers are seeking to identify pathogens that may appear prominently in patients with the disorder. Researchers will be testing “for all those agents that we know affect vertebrates on this globe,” says Mady Hornig, who heads the Columbia program.

Mindy even got myalgic encephalomyelitis in there…she is hooked into the ME/CFS Community..

Quote:
CFS, also known as ME for myalgic encephalomyelitis

Brigitte Huber, who has a rare NIH grant to study endogenous retroviruses in ME/CFS, is working with Dr. Komaroff npw….

Quote:
Dr. Komaroff is taking blood samples from patients when they are feeling relatively well and when their symptoms are pronounced. Dr. Huber will then analyze the blood to see if she can detect higher amounts of these viruses during times when people feel worse.

Quote:
“If we can find the infectious triggers, we can provide intervention,” he says. Dr. Montoya’s team enrolled 30 patients with elevated levels of antibodies against Epstein-Barr virus and HHV-6, a herpes virus, in a trial and treated them with valganciclovir, an anti-viral medicine. Dr. Montoya says patients on the drug showed improvement in cognition and fatigue. Researchers are now analyzing the patients’ immune proteins to see if there are patterns that will help doctors figure out in advance who will and won’t respond to therapy.

Quote:
The next step is to narrow down the list of proteins to find “the best biomarkers for what is going wrong in the central nervous system,” says Steven E. Schutzer of the University of Medicine and Dentistry of New Jersey who helped lead the study.

Dr. Light’s work with receptors and a diagnostic test for ME/CFS is there….Amy knows her CFS research!

Quote:
Even after moderate exercise, there were increases in gene expression markers in the blood for two days that allowed researchers to distinguish chronic fatigue syndrome patients from healthy controls.

Good news about the next workshop

Quote:
More than 100 scientists, researchers and advocates are expected to gather at the NIH workshop in Bethesda, Md., attending sessions focused on such medical topics as infectious diseases, systems biology, immunology and neurology. By contrast, the last NIH scientific workshop, in 2003, had more emphasis on the psychological aspects of the disease, including stress, insomnia and depression.

A nice historical framework – this article has got it all!

Quote:
Medical history has other examples of diseases that were not taken seriously but later turned out to have biological causes. Multiple sclerosis was once misdiagnosed as hysteria or chronic alcoholism. Today multiple sclerosis is suspected to be an auto-immune disorder. Stomach ulcers were thought to be caused by stress until two Australian scientists proved the bacteria Helicobacter pylori was the cause, work that won the Nobel Prize in 2005.

And Mary Schweitzer herself

Quote:
“The door has been opened by the retrovirus,” says Mary Schweitzer, a former history professor who has chronic fatigue syndrome and was tapped to serve on the steering committee planning the NIH conference. “Now we want to bring in all the scientific research that is being done.”

Lets help Amy and ourselves out by clicking on and commenting on the piece.