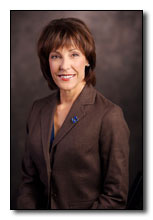 Looking calm and composed Annette Whittemore stated that she had been prepared for negative studies in this field but not for a stream of negative studies using protocols that were different from those used in the Lombardi study. (This must have been difficult to watch but was probably inevitable as researchers usually use their own techniques to find pathogens before they resort to using the exact protocols in the original paper). She stated that the WPI was looking at their protocols and the other protocols side by side in order to figure out what was going on.

So why, Sam Shad asked, aren’t researchers not coming out and learning the WPI’s techniques. Annette said a couple of researchers have been out and have learned the techniques and that they have been successful but have been unable to get their results published yet. Why? Because these type of studies take a long time and are costly and these researchers haven’t had much funding – suggesting the researchers visiting the WPI do not have deep pockets.

The most important fact, though, was Annette’s statement that these researchers have been successful in finding XMRV and she believes those studies will be coming out soon. If so, they would be the first XMRV positive CFS studies since the Lombardi et al paper landed on the pages of the Science journal over 18 months ago and they will probably be quite rigorous.….Dr. Bateman noted a year ago that the bar was being continually raised which suggests that positive studies that get published in good journals today will probably have to jump a number of hoops they wouldn’t have been subjected a year ago including mtDNA and IAP tests, reagent testing and perhaps even DNA integration tests.

Annette stated that their own laboratory studies are a source of encouragement to them as well. They are refining their antibody tests – potentially an important finding ad antibody tests bypass the contamination question. They are also working on ‘deep sequencing’ the virus. The low genetic variability XMRV has displayed thus far has been huge thorn in the WPI’s side but Annette stated that their researchers believe their results indicate XMRV has infected humans. She also noted that not all the virus has been sequenced. Annette’s level of enthusiasm clearly grew and she talked about the research and she stated she was ‘so encouraged’ and that they would have more answers in ‘a very short period of time’.

Ian Lipkin spoke at 1pm on Microbe Hunting at the WPI last Friday. Again looking quite enthusiastic Annette noted that the WPI reached out to Dr. Lipkin very early in the process and got some positive feedback. They will be speaking to him privately and showing him around the laboratory and asking him questions while he’s in Reno.


Annette also noted that Andrea, her daughter, is doing better using treatments that came out of the XMRV discovery.

The National Cancer Institute was the first NIH institute to publically state XMRV was a contaminant but there are clearly disagreements within the Institute as Annette stated the WPI still has collaborators at the NCI working on XMRV. She said the WPI still also has the full faith and support of the Senator Harry Reid. She noted that Senator Reid played an essential role in getting critically needed equipment the WPI needed to study ME/CFS.

Politics -On the subject of politics she said she had thought that watching the Democrats and Republicans was as contentious as it could get” but that she had learned that ‘politics very much play a role in science and human health’ probably for a variety of reasons including money, careers at stake, reputations to be built.

When asked specifically about the CDC Annette hoped that at some point one of the CDC researchers would come out to the WPI and take a look at the discrepancies and come up with the best test.

(But does the CDC or anybody else need to come out to the WPI to replicate their results? At this point in the game perhaps they do but ordinarily they shouldn’t. The methodology sections of research papers are, after all, written so that other researchers have the tools they need to replicate the original study. The key problem, Annette Whittemore felt, was not the lack of researchers making their way to Reno but the lack of true replication studies. The necessity of true replication studies depends on who you are talking to….WPI researchers feel they are critical and other researchers don’t. Thankfully we will be getting them in the BWG and Lipkin studies which are ending this year.

Its unlikely the CDC come out to the WPI at this point but should the BWG and Lipkin Studies turn out to be positive one would think the CDC and other agencies would be at the WPI’s doorstep not long afterwards.)

It was hard not to get enrolled in the XMRV/CFS connection watching Annette Whittemore. Indeed she appeared more confident, at least to my eyes, than she has before. At the same time it’s hard to imagine a greater dichotomy between the WPI position and an increasing number of major retrovirology figures and Institutions. The WPI has promised a resolution to the XMRV issues before; their latest attempt – their publication of the gene sequences which were supposed to convince researchers that XMRV was highly variable – fell flat. Positive published studies are something else entirely, though, and Annette is clearly enthusiastic about new ‘answers’ soon to come from the WPI. It’s going to be an interesting couple of months.

Study Finds Murine Gammaretrovirus Infection of Prostate Cancer Cell lines – Several studies suggest that XMRV may have originally come from nude mice that were used to ‘passage’ prostate cancer cells lines. Now researchers are beginning to check out if this has happened with other related viruses and it has. This study by Sfanos at Johns Hopkins found 3 more cancer lines that were contaminated by MLV’s which originated in the same sort of passage through nude mice that the NCI and others believe happened with XMRV. They also found two more cancer cell lines that have been infected with XMRV – adding to the list of ways XMRV might have jumped into samples. Any lab that has positive results will now probably have to determine if they have used these cells lines as well as the 22RV1 line in their labs at some point in the past.

XMRV Research – the Complete List! – Bob at the Phoenix Rising Forums has put forth a categorized and complete list of XMRV research. Want to know the positive published XMRV studies – Not on CFS? It’s there. How about papers on DNA Integration? Yep… Conference abstracts? – you got em…its all there. Congratulations to Bob for creating an intelligible Library of such a complex subject. You can find it here. https://forums.phoenixrising.me/showthread.php?12518-List-of-XMRV-Research-Studies

Another HIV XMRV Study Falls Short – in the sixth negative XMRV/HIV study thus far Italian researchers looked for XMRV’s gag gene in 124 immunocompromised HIV patients who were not on HIV drugs and failed to find XMRV in any of them. https://pubmed.ncbi.nlm.nih.gov/21672082

Blast that Virus! -A New Strain of XMRV Shows up …or Does It? https://forums.phoenixrising.me/showthread.php?12471-XMRV-complete-proviral-genome-isolate-S-162/page3 – Lithuanian researchers have posted a new sequence of XMRV or something like to Genbank. These sequences are important because if a really unusual strain pops up it could signal that a human infection has occurred (instead of the sample contamination that many researchers are talking about it.) So how does this one compare? Have these researchers found evidence of a human infection or something else?


Dusty Miller – an experienced gamma retrovirologist believes this is not XMRV but something else. In a communication relayed by EcoClimber he noted that all the XMRV gene sequences thus far published are 99.8% identical.

Now here comes along a virus that is only 96% related and which does not have the characteristic gag deletion and shows up only as a distantly related ancestor in a phylogenetic tree. Put this all together and, he believes you have a mouse retrovirus but it is not XMRV or part of an XMRV family.

It’s possible that this new virus is part of an XMRV family but for researchers to believe that they need to see a kind of large swarm of XMRV-like viruses that blend into each other genetically and right now they’re only seeing a handful of basically identical viruses. Miller is clearly a bit frustrated at the what he believes is unsubstantiated talk of the significant genetic variation in XMRV and he took a little swipe at the WPI stating

If the scientists, who still claim that XMRV is present in humans, would provide more sequences of the different strains of XMRV they find in humans, we could see what the natural variation is.

Miller is clearly not convinced that the sequences the WPI uploaded to GenBank display anything other than what researchers have been looking at all along.

He noted that if XMRV infects humans then
“The sequences would need to form a continuum of changes, representing a continuum of mutations that occur as the virus evolves. Alternatively, we might find a cluster of viruses similar to XMRV and a cluster similar to the Lithuanian S-162 virus. Then we could legitimately call these different virus families.”

This is not what he’s seeing thus far.